Why Is Portugal So Susceptible to Forest Fires? 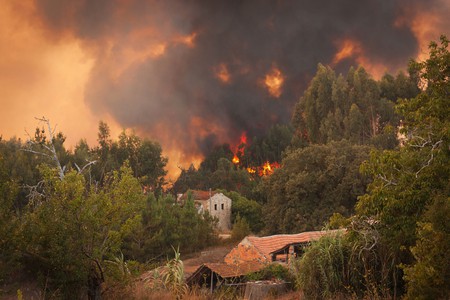 One month ago, the Pedrógão Grande area in central Portugal was ravaged by a devastating forest fire that killed 64 people and left hundreds injured. The scene left behind resembled a horror movie, and people have called the incident the most devastating forest fire in the country’s history. Unfortunately, however, fires are a common occurrence, and while other southern European countries also fall victim to them each summer, Portugal is by far the worst hit.

Rural Portugal, mostly in the center and northern parts of the country, experience fires each summer due to an extremely hot and dry climate paired with criminal activity and negligent behavior. These threats are so common that several large incidents have taken place over the past few decades. 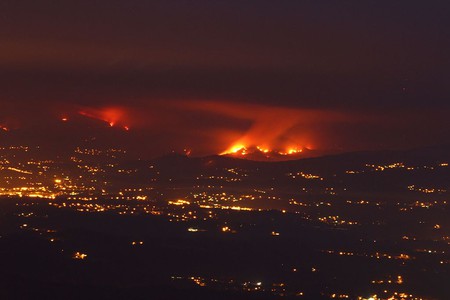 Why are fires worse in Portugal?

This question has a long and winding answer. There are multiple reasons why fires cause more devastation in Portugal than other southern European countries, and in addition to the climate, economics seem to play a major role. More times than not, these two factors piggyback off each other.

In an effort to bring money to the country, Portugal introduced eucalyptus trees from Australia to its forested areas. Known for many medicinal properties, from anti-inflammation to antibacterial and its usefulness in treating various skin conditions, they have become a popular export. Unfortunately, these trees produce oils and litter that are also extremely flammable. 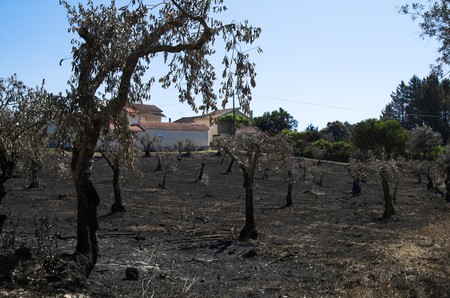 Burned down olive trees after a fire | © Armando Frazao / Shutterstock

In the case of 2017’s Pedrógão Grande fires, lightning from a dry storm (an event that happens when extreme heat causes rain to evaporate before it hits the land) struck down in a poorly managed, forested area. Dry winds during the heat wave only made matters worse as they allowed flames to spread.

Another problem is a lack of manpower. Due to the economic crisis that has plagued Portugal for decades, some small towns and villages have become abandoned. Citizens, especially the younger working class, are moving to the larger cities to seek employment opportunities, and fewer people are interested in managing rural land.

Continental Portugal is not the only location that has fallen victim, however, and in 2016, the city of Funchal in Madeira Island also experienced a few disastrous fires caused by illegal activity.

What can Portuguese residents do to prevent disasters in the future?

Two ways the government can work to prevent large-scale fires in the future include the management of rural, forested land and replacing eucalyptus with native oak and pine trees. Residents can also do their part by being mindful—in particular, refraining from starting illegal fires. All it takes is a small spark to light a flame, meaning everything from cigarette trash to fireworks can lead to a disaster. 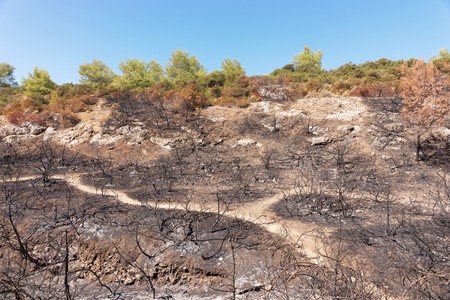