Why Fátima is Known as Portugal's Holy City 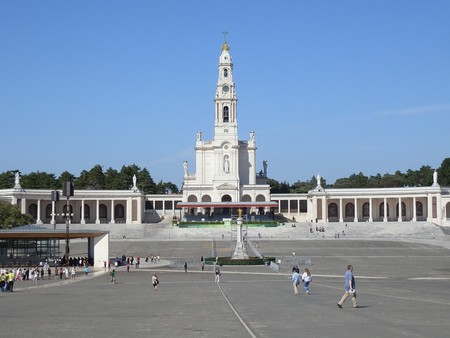 One hundred years ago, grassy pasturelands in central Portugal became the unlikely setting for what became one of the country’s most popular stories now told around the world. Known as Fátima, the town attracts tourists in droves from devoted Catholics fulfilling the lifelong dream of visiting to curious wanderers and tourists looking to check another important Portuguese destination off their bucket lists.

In 1917, three children were tending sheep when they saw an angel. Shortly following, the Virgin Mary appeared from beside an oak tree. As the story goes, she appeared on the 13th of each month from May to September, teaching the children prayers and sharing secrets. Her final appearance was October 13, 1917, witnessed by tens of thousands who had heard the children’s stories and had gone to the fields to see if their accounts were true.

That day, witnesses reported what became known as the “Miracle of the Sun.” Some said they saw bright lights flash across the sky, while others reported they saw the sun dance across the horizon.

Photographers were included in the masses, but their photographs didn’t show anything extraordinary. Nonetheless, testimonials from witnesses were strong enough to give Fátima its reputation as one of the most sacred cities in the world. Along with Santiago de Compostela, the Sanctuary of Fátima, a religious complex on the site where the Virgin Mary appeared, welcomes pilgrims journeying through the Iberian Peninsula every year. It is one of the most important Marian shrines in the world. 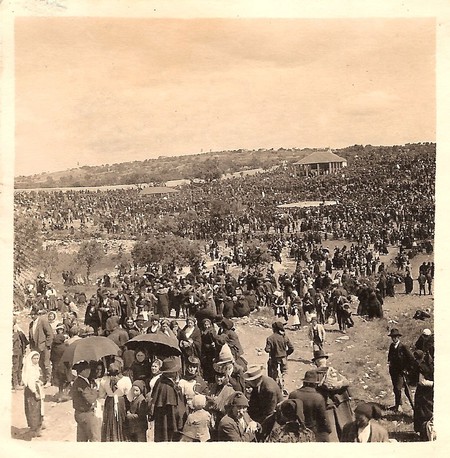 Around Fátima, there is plenty to see and do, from visiting the homes where the children lived and other religious landmarks to hiking in nearby mountains, enjoying central Portugal‘s delicious local cuisine, and souvenir shopping at one of the many commercial shops. Surrounding Fátima, there are charming, sleepy towns where locals live in stone homes, and nearby are some of the country’s best beaches for surfing. The Sanctuary and its holy compartments are still the most attractive features of the area in terms of tourism. The magnitude of the location’s importance hits home while visiting, from the lit candles to the pilgrims crossing the main square on their knees as penance. 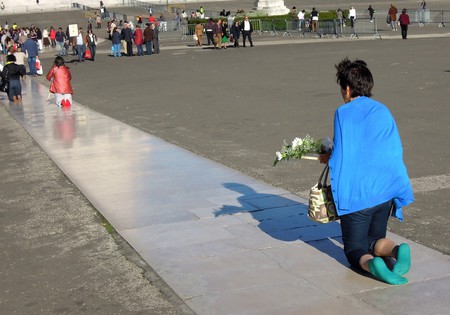 Visitors crossing the sanctuary on their knees | © Güldem Üstün / Flickr

Every year, the Sanctuary of Fátima welcomes millions of visitors, and in 2017 the much loved Pope Francis attended the celebrations of the Marian apparitions’ 100-year anniversary. Among the three children, brother and sister Francisco and Jacinta sadly died shortly after the miraculous appearances from influenza. Their female cousin, Lúcia, survived the pandemic and eventually became a nun. She passed away in 2005 just a few weeks shy of her 98th birthday. They have all been canonized (recognized by the Catholic church as saints), a fitting ending to an extraordinary story.

Sanctuary of Fátima | © cuetor59 / Pixabay
Give us feedback