What Does Portugal’s Coat of Arms Mean? 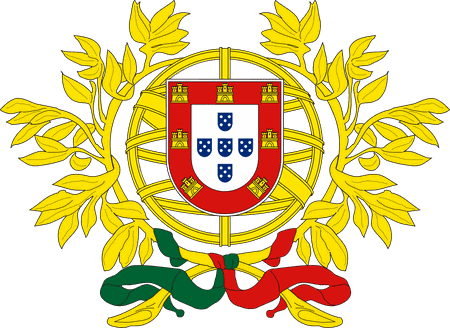 Ever look at a flag and wonder what the symbols mean? In the center of Portugal’s national flag is a version of the country’s coat of arms, or brasão das armas, a symbol of heraldry that has been present since the 12th century. It is the oldest symbol present on the country’s current flag, which was last modified in June 1911.

Portugal’s coat of arms evolved under the influence of the country’s different leaders, culminating in the final symbol that was developed less than a year after the monarchy was abolished. The first coat of arms was a simple blue cross on a white or silver shield, representing the leaders of the first County of Portugal, before Portugal became its own kingdom. After becoming the independent Kingdom of Portugal, the country’s first king, King Afonso I, added five groups of silver circles (called ‘bezants’) to the cross, one group of circles in the center and one group of circles on each of the cross’s arms. It is believed that these bezants represented King Afonso’s legal fiscal authority. 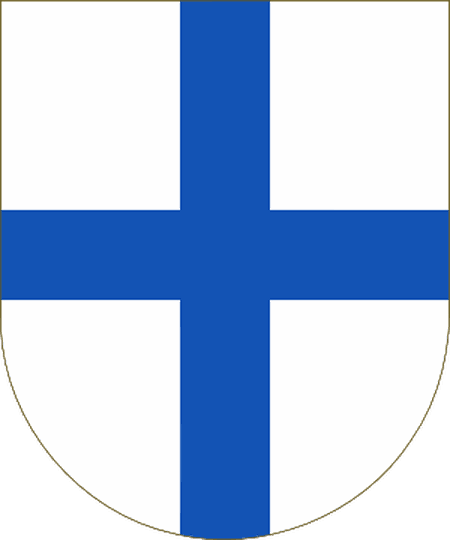 According to written history, any damage inflicted to the shield during battles became part of the shield (instead of repairing it), and the cross was badly damaged by the time the shield was inherited by King Sancho, Portugal’s second king. King Sancho removed the cross altogether and converted the five groups of bezants into five escutcheons, or smaller shields, each with its own group of circles. The shields added an element that symbolized the Moorish kings who had been defeated by King Afonso I.

The next addition to Portugal’s coat of arms came about 60 years and three monarchs later, in the form of a red border filled with gold castles. The red border symbolized King Afonso III’s connection to the Castilian monarch and the castles also represented the Moorish castles that were defeated to establish Portuguese independence. 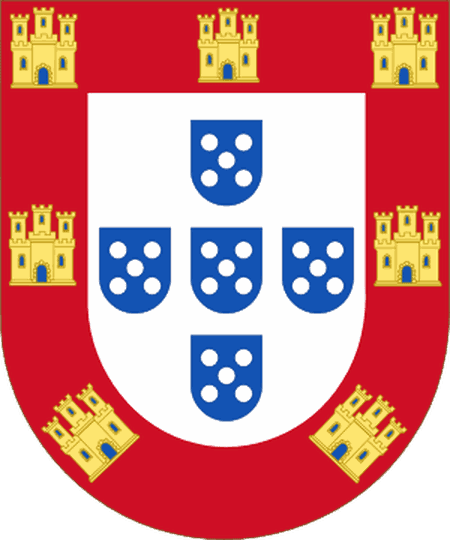 Through the centuries, a number of alterations took place; changes to the numbers of bezants and castles, a fleur-de-lis and angels (incorporated at the beginning of the Aviz Dynasty) that were eventually removed, as well as a range of different crowns. At the turn of the 15th century, the armillary sphere was incorporated, representing Portugal’s role during the European Age of Discoveries, and has lasted until today. The full coat of arms (not the version on the flag) includes two laurel branches tied together with a scroll. On one version, the scroll is a red-and-green ribbon, while on the other version, the scroll is white and contains a line from Portuguese poet Luís Camões, Esta é a ditosa Pátria minha amada, or ‘This is my beloved famous Motherland’. 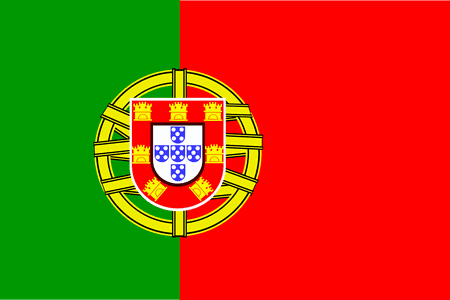