This Abandoned Hotel is About to Open After 27 Years

Classified as one of the 7 Natural Wonders of Portugal, everything about Sete Cidades on São Miguel Island is heavenly and picturesque – except for the derelict building that was once the Monte Palace Hotel. In approximately three years, however, the “ghost hotel” will be gone and a new hotel will radiate affluence and comfort once again.

Originally known as one of the first luxury hotels in the archipelago, the Monte Palace Hotel is currently just a shell of the building that it once was – broken and defaced, devoid of windows or doors, with no hint of its glorious past. But after being closed for 27 years, it will finally reopen, not only remodeled but better than ever, in the middle of one of the Azores’ most romantic locations.

Originally built in 1989, the 88-room Monte Palace Hotel shut down just a couple of short years later, due to a lack of public interest, even after being named Portugal’s Hotel of the Year in 1990 and despite the phenomenal views. For the first 20 years, a guard was in charge of monitoring the property but it has been completely abandoned for the last eight years and has become a favorite spooky stop for adventurous tourists, even with its precarious structure. Unfortunately, it has also been vandalized: the furniture was stolen, doors taken off hinges, carpets removed, and windows broken. Even the elevator shafts are open. 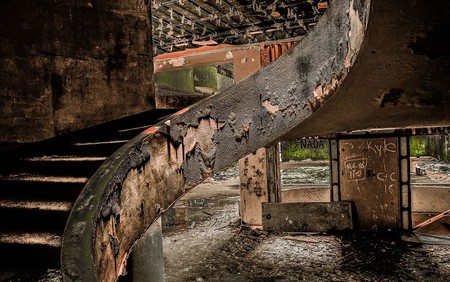 But now the five-floor Monte Palace Hotel is set to reopen in 2021 as a 5-star hotel and reign once again as a gorgeous getaway on the largest of the nine Azorean islands. What can future guests expect? Perched on top of the lush hillside, it won’t be near many restaurants, bars, or clubs, but it will offer spectacular views in addition to peace and quiet and great access to stunning hiking routes. The updated hotel is also expected to house a restaurant, bar, spa, a science center, and a rooftop terrace. The Monte Palace Hotel, which will likely go by a different name, is expected to offer guests special nature tours, taking advantage of its natural surroundings, including bird watching opportunities.

Located approximately eight kilometers from the closest town, the volcanic complex of the Sete Cidades paints a dramatic picture against the green landscape with its two “kissing” lakes, one green and the other blue, and surrounding flower-lined trails. There is also another crater lake, mossy green, just across a road from the other two. From the Vista do Rei lookout point, visitors can enjoy a spectacular view of the lakes, treetops, and amazing volcanic craters. This lookout also just happens to be the location of the hotel.

Though mist often covers much of the Sete Cidades during the mornings and evenings, and the one road up and down makes reaching the destination difficult without a car; hopefully, the new hotel will have better luck and draw nature lovers and tourists in need of rest and relaxation.

Panoramic of Sete Cidades | © Chad Sparkes / Flickr
Give us feedback