The Top 8 Things to See and Do in Fátima, Portugal

Venture north from cosmopolitan Lisbon and in just over an hour’s time, you’ll be surrounded by Portugal’s traditional Centro region. In the midst of mountainous natural parks, sleepy villages speckled with stone homes, and massive buzz-worthy beaches is where you’ll find Fátima, a bucket-list destination for Catholics and the place where one of Portugal’s most famous legends was born.

Stand awe-struck in the middle of the Sanctuary of Fátima 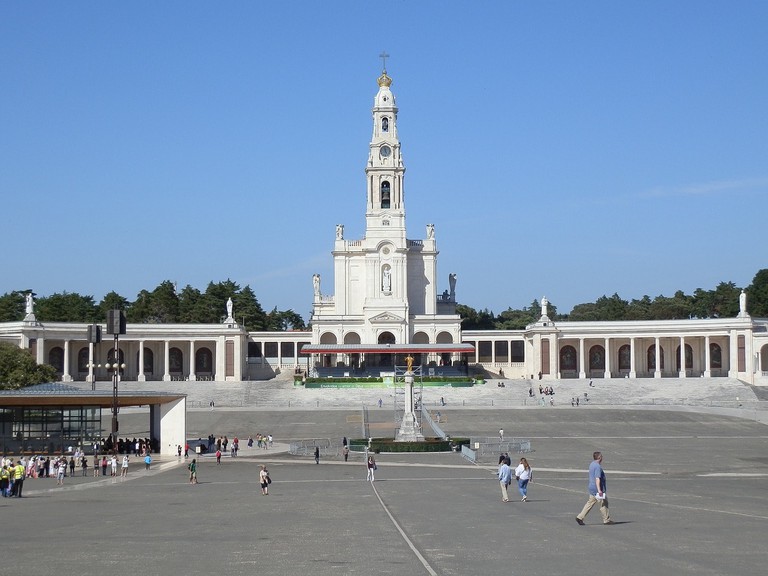 As the story goes, 101 years ago in 1917, the Virgin Mary appeared to three children who were tending sheep in the fields, and she shared special messages with them. Months later in October, a crowd of tens of thousands who heard the children’s stories visited the location and witnessed a great “Miracle of the Sun” where different people reported various sightings including “seeing the sun dance.” It’s hard to believe that this grassy field is now where you will find the Sanctuary of Fátima, a massive, jaw-dropping religious complex that draws large crowds daily, consisting of religious followers and curious travelers. It is also the bucket-list destination for pilgrims journeying through Portugal. Walk around the square to see the chapel and Basilica, light a candle and say a prayer if you’re so inclined, and appreciate this massive architectural feat in the middle of rural Portugal.

Visit the original site at the Capela das Aparições 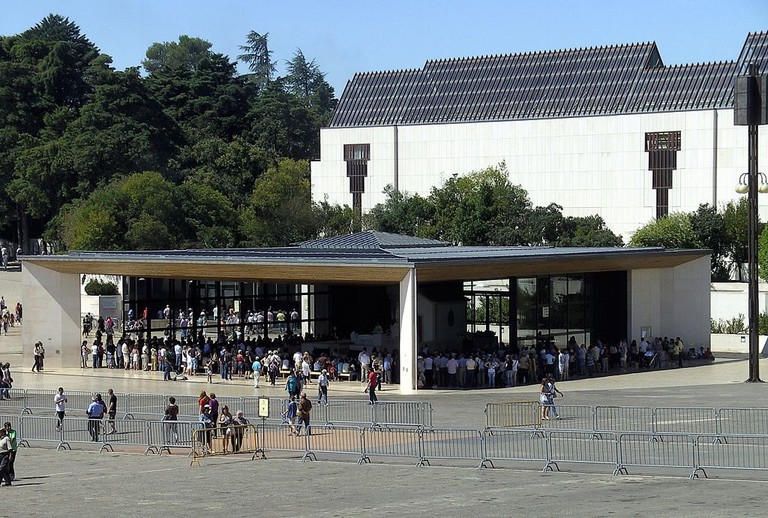 The story of the apparitions gained such a following of believers that a mere two years later, in 1919, this chapel was built, becoming the first in the Sanctuary. It has been rebuilt since, and the elongated roof adds shade to weary visitors visiting during hot summer days. Named the Chapel of the Apparitions in English, it is located on the site where the Virgin Mary appeared.

Seek out the peacefulness of Basílica de Nossa Senhora do Rosário 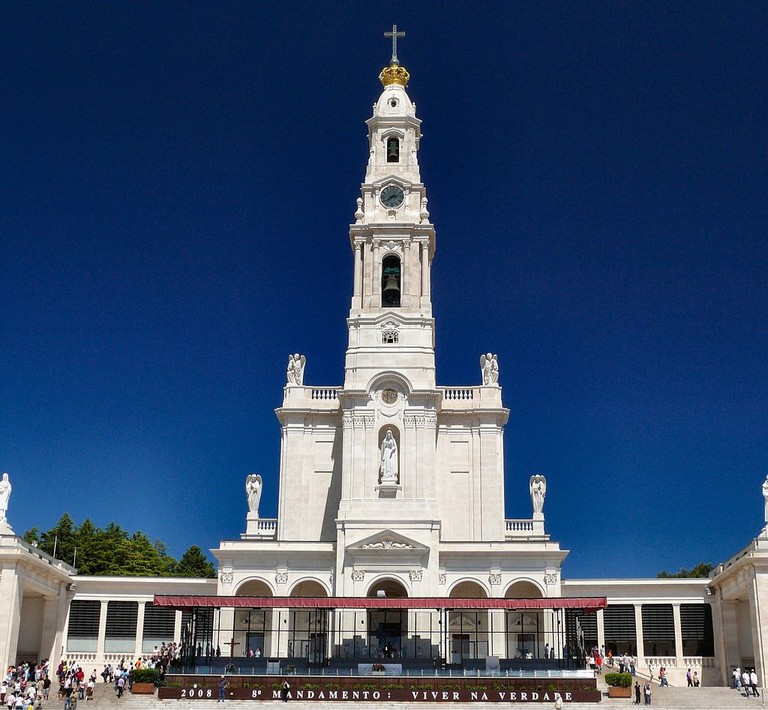 Basilica of Our Lady of the Rosary | © dynamosquito / Wikimedia Commons

Built in Baroque revival style, the Basilica of Our Lady of the Rosary will earn the appreciation of history- and architecture-lovers as much as religious followers. Construction first began about ten years after the apparitions, and the church was named by Pope Pius XII in 1953. Aside from the stunning architecture and décor, the peacefulness of the church is one of its standout features, especially when compared to outside, where crowds mill about. The Basilica is where you will find the tombs of the Fátima’s famous “three children” (the younger two passed away from Spanish influenza shortly after the spiritual sightings, but the eldest child lived until she was 97 and passed away in 2005).

Visit the museum at the home of Jacinta and Francisco Marto

Visiting the family homes where the children lived is part of the experience in Fátima, and it provides a window into what life was like in rural Portugal during the early 20th century. Now a museum, it won’t take much time at all to peer around, and the home is a short distance from the Sanctuary, located in a village called Aljustrel.

The family home of Lúcia, who lived to become a revered nun, is a short two-minute walk from the home of her cousins. Her religious name was Sister Maria Lúcia of Jesus and of the Immaculate Heart, and the canonization process is underway to classify her as a saint. Realizing what life must have been like for a family of eight living in the house may surprise you, and the houses are located a short two kilometers from the Sanctuary of Fátima. 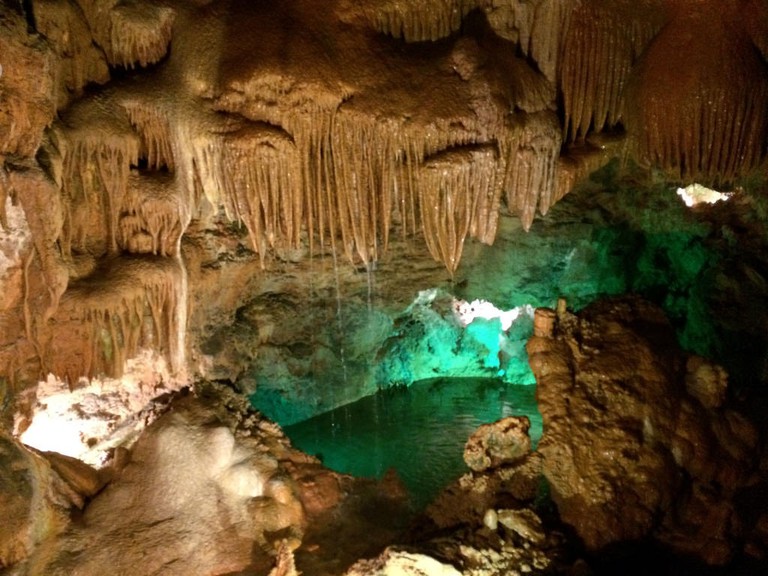 Not everything around Fátima is religious, and nature-lovers will appreciate the natural gems in the area as well. If you’re neither claustrophobic nor afraid of the dark, go for a walk underground to see magnificent rock formations. They may seem slightly ominous, but these caves also have breathtaking and colorful lights that further enhance each corner as well as stalactites and stalagmites. The first men to descend into these depths in the 1940s used a rope, but stairs will safely guide you today.

Snap photos of dinosaur footprints at the Serra de Aire 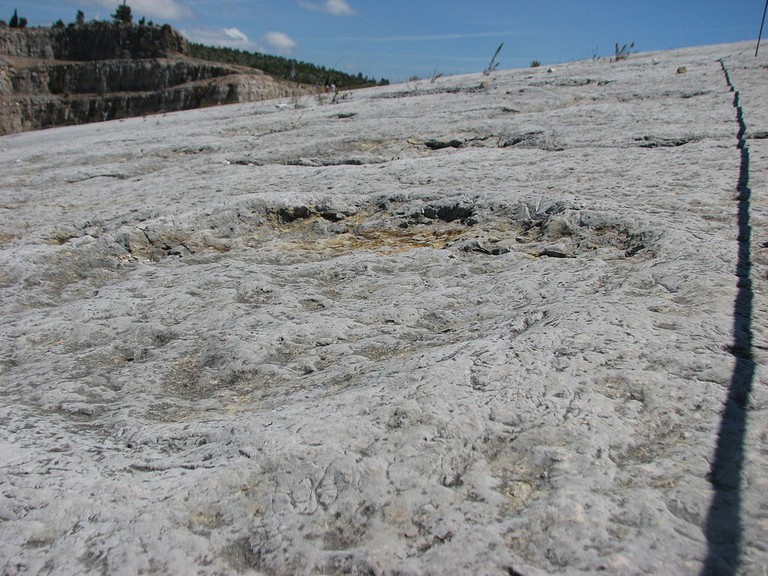 How many times can you say you’ve seen dinosaur footprints in person? You can in Portugal after making a short detour south from Fátima to the Serra de Aire mountain range. The Natural Monument of Dinosaur Footprints is home to the oldest sauropod prints in the world stemming from the Jurassic Period. Why not pair this unique experience with a hike through the Serra de Aire natural park afterward?

After a fun but long day of exploring Fátima and the surrounding area, settle in for a delicious and traditional meal at the Michelin Guide-listed restaurant named Tia Alice (Aunt Alice). Open since 1988, it is reputed to be one of the best restaurants in the area. Although it’s pricier than typical Portuguese restaurants, you can enjoy local recipes with a home-cooked feel from inside rustic rocky walls that may remind you of dining inside a well-decorated wine cellar.