The Top 10 Things to See and Do in Baixa & Rossio, Lisbon 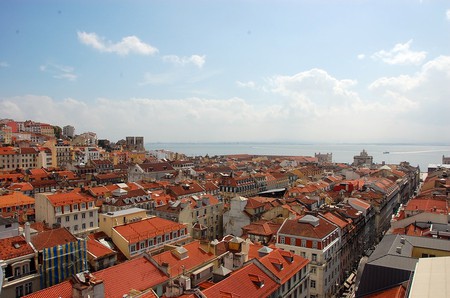 The heart of Lisbon is arguably Baixa—the downtown district characterized by grand buildings, historical landmarks and the unique 18th century Pombaline architecture memorializing the city’s reconstruction after the devastating Earthquake of 1755. With Rossio located right next door, these two neighborhoods make up Lisbon’s lower city (baixa translates to ‘low’ in English) where you’ll find the following top 10 landmarks to see and things to do.

Take photos in Praça do Comércio

When Google searching Lisbon, one of the first images to pop up will be the city’s largest and brightest square that faces the Tagus River. Known as the Praça do Comércio or Terreiro do Paço, this is one of the first places tourists see when visiting Lisbon. It’s where many of the city’s concerts are held and where locals walk through while enjoying a stroll along the river. Sit and sip a cocktail, enjoy a meal at one of the surrounding restaurants, visit the Lisbon Story Center or Beer Museum or take photos by the statue of King Joseph I. 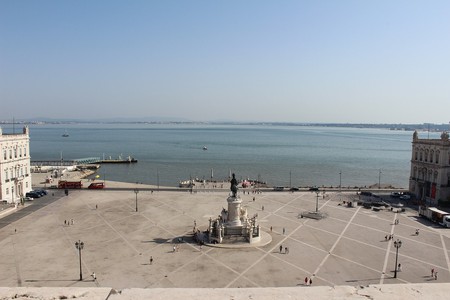 Enter this major road from beneath the Rua Augusta Arch and clocktower (perhaps after climbing to the top of the monument). Although locals recommend skipping over the restaurants here (they’re designed for tourists after all), this is a good place to see street performers, enjoy more Pombaline architecture and catch a few major landmarks like the MUDE Museum. Extending one kilometre (a little over half a mile) from Praça do Comércio to the Rossio Square (Praça Dom Pedro IV), this is an emblematic road characteristic of an older Lisbon.

Baixa is also home to a couple of ‘underground’ treasures, namely the Núcleo Arqueológico (Archaeological Center) and the ancient Roman tunnels, both just a block away from each other and a couple of blocks from MUDE. Both are believed to date back to the 1st century AD and while the Núcleo Arqueológico can be visited year-round (to see the artifacts on display from many different periods over time), the Roman tunnels can only be entered during special weekends in the year, so plan accordingly.

Look up at the Santa Justa Lift

Another architectural masterpiece is the Santa Justa Lift, a historic elevator originally designed to help locals navigate Lisbon’s hilly streets. This is the only one designed completely vertically and it takes passengers from Baixa to the Carmo Square above. Built in 1902, this wrought-iron lift reaches 45 metres (148 feet) high, is topped with a beautiful viewpoint and can be ridden for the small fee of €6.55 ($1.20 USD). 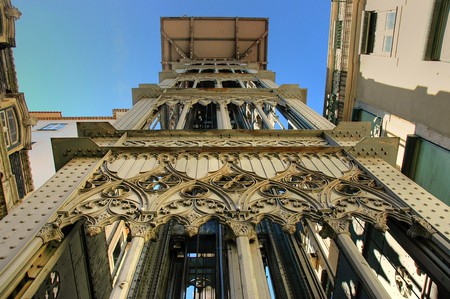 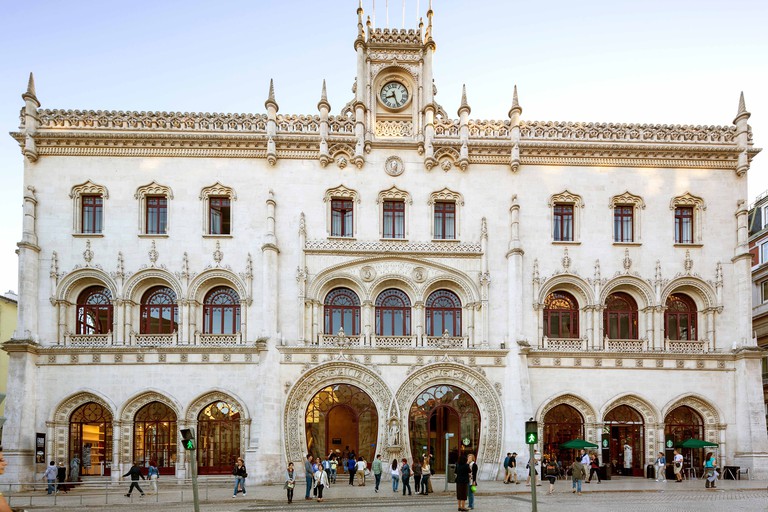 The Rossio Train Station, completed in 1888, is a stunning example of Manueline and Romantic architecture. Not only is it a historical and lovely landmark, but it’s also the main way to reach Sintra.

Plenty of people don’t realize it but Rossio Square is home to the Jewish Memorial, located just in front of the São Domingos Church (another spectacular landmark to check out). It was inaugurated in 2008 and stands as a memory of the tragic massacre of thousands of Jewish residents in 1506. 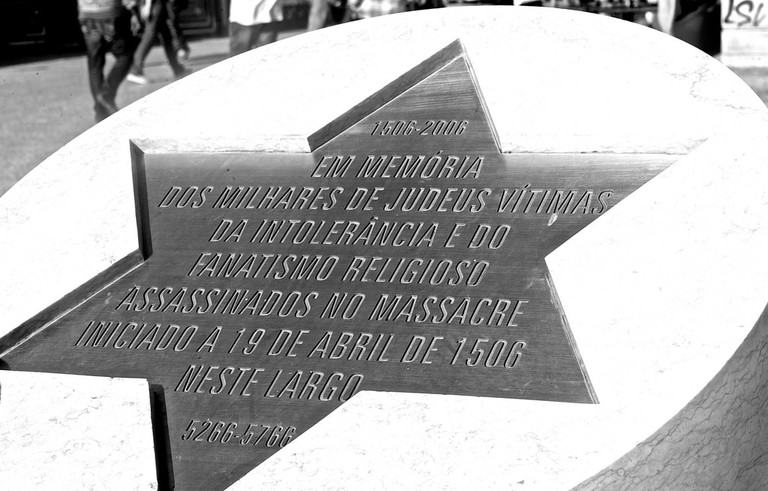 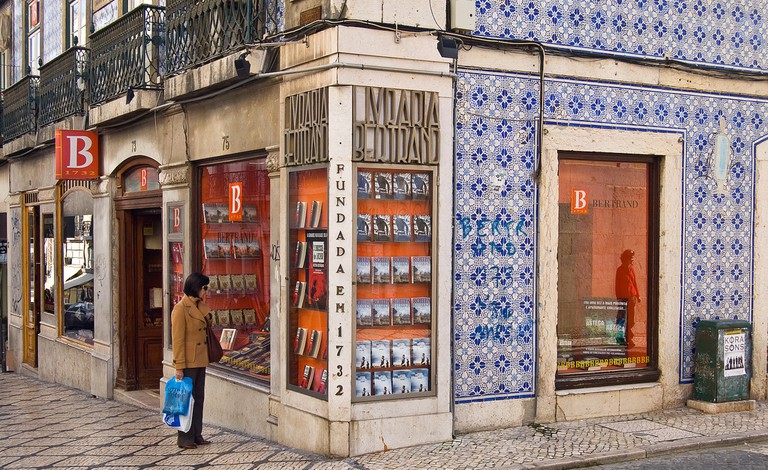 The Bertrand Bookstore in Lisbon | © Christoph Diewald/Flickr
Another fact that’s usually missed is that Lisbon is home to the oldest bookstore in continuous operation. Located on Rua Garrett, Bertrand Bookshop was first built in 1732 but was reconstructed along with the rest of Lisbon after the Great Earthquake. Not only are Portuguese classics sold here but trending titles, magazines and a collection of English-language literature is available as well.
Open In Google Maps
75, 73 Rua Garrett, Lisboa, Lisboa, 1200-203, Portugal
+351210305590
Visit Website
Give us feedback

Gaze up at the Carmo Convent ruins

The Convento do Carmo was first built in the late 14th century as a Roman Catholic cathedral and convent but is now a museum and a standing memory of the devastation that happened as a result of the Great Earthquake in 1755. The gothic archways that once held up the roof are now open to the sky and inside is a collection of statues, mosaics and ancient artifacts. 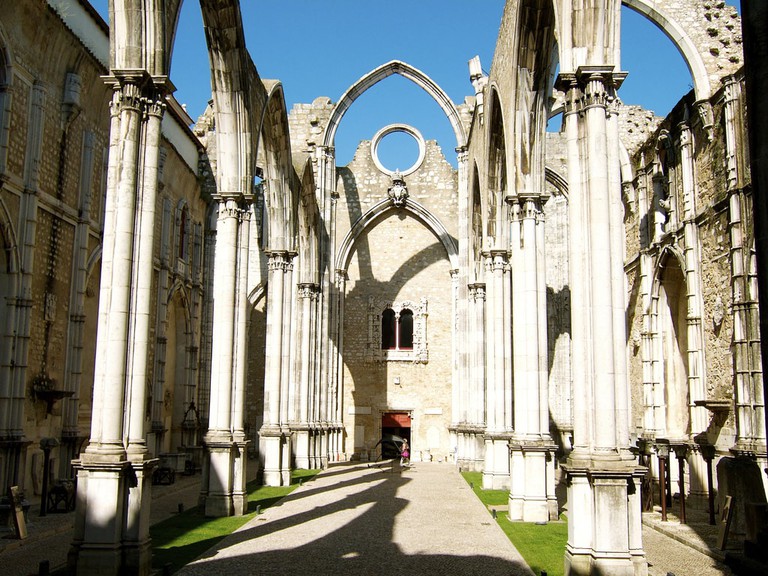 The archways in the Carmo Convent ruins | © AHLN/Flickr

Order a coffee and sit by Fernando Pessoa

The bronze statue of Lisbon’s beloved author, Fernando Pessoa, sits just outside the Café A Brasileira, one of the oldest and most beautiful cafés in Lisbon. Don’t miss a chance to order coffee from this famous spot, catch a photo with Fernando Pessoa, and people watch in this busy neighborhood. 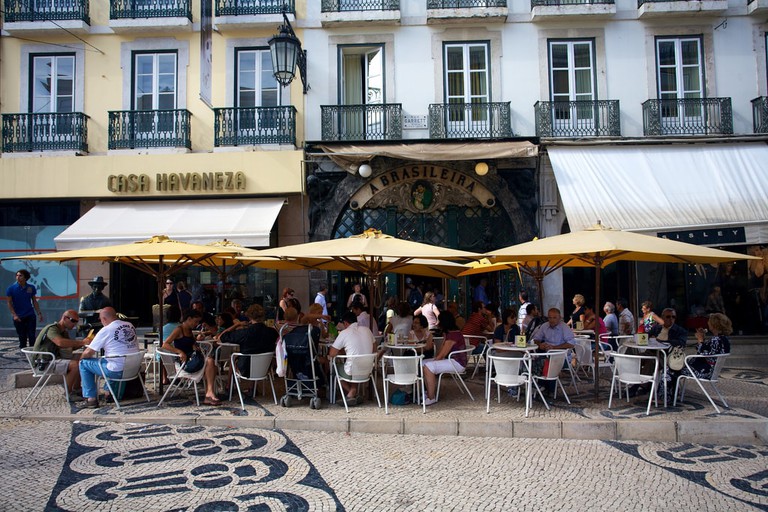 Sit on Café Nicola’s terrace and enjoy a coffee, snack or lunch while taking in the view over Rossio Square. This historic venue, which first opened in the 18th century, is another of the oldest and much-loved cafés in the city and was once frequented by the neighborhood’s local artists, writers and other notable figures. 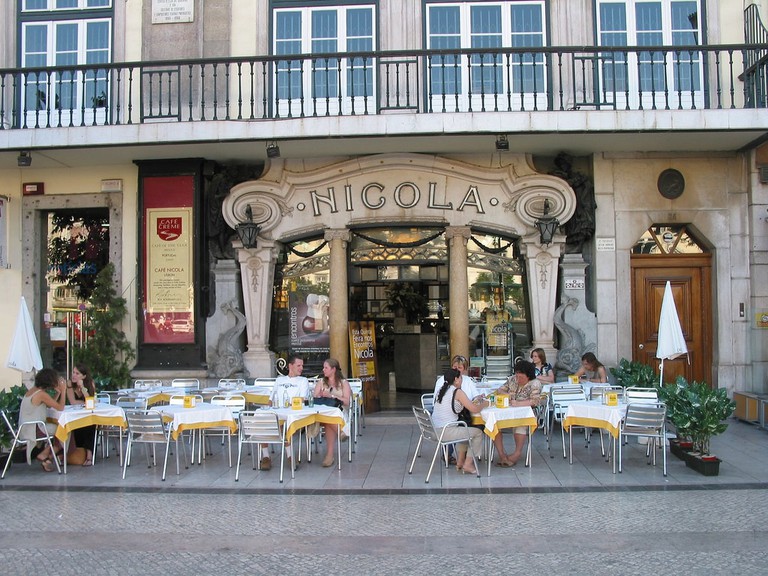 Sit on the terrace of the Café Nicola © cercamon/Flickr