Lisbon view © Pixabay
Avenida da Liberdade has a history as one of Lisbon’s most eye-catching neighbourhoods, built as a park in the 18th century and converted in the late 19th century into the high-end boulevard that it is today. Designed in the image of Paris’s Champs-Elysees, it’s filled with grand buildings that house luxury shopping, five-star hotels, a range of restaurants and floral pedestrian walkways decorated with kiosk cafés and the traditional Portuguese tile. Here is a list of things to see and do while visiting this beautiful avenue.

Designer stores aren’t for most budgets, but window shopping doesn’t cost a thing. Walk along the Avenida’s cobblestone streets and sneak a peek at the latest fashion trends from the windows of designer stores like Prada, Gucci, Dolce & Gabbana and Burberry. Not only is this a good way for fashionistas to enjoy the city, but window shopping will help tourists get out and socialise while seeing more of Lisbon without spending a penny.

Avenida da Liberdade is a lovely place to walking, even at night. © Paulo Valdivieso / Flickr

Order a coffee and sit under the trees

The Avenida’s kiosk cafés are the perfect shaded spots to sit and enjoy a coffee, beer or wine while keeping out of the sun during the day. By night, they sometimes come alive with music and dancing, and those who are lucky may come across groups dancing Brazilian Forró under the light of the stars.

The northernmost point of the avenue ends in the largest park in central Lisbon where locals enjoy walking and jogging and where tourists can capture some iconic photos. Depending on the season, visitors may stumble across different events like Lisbon’s Christmas Market and the Lisbon Book Fair, but a point of interest that can be enjoyed year-round are the three greenhouses showcasing exotic plants from around the world. 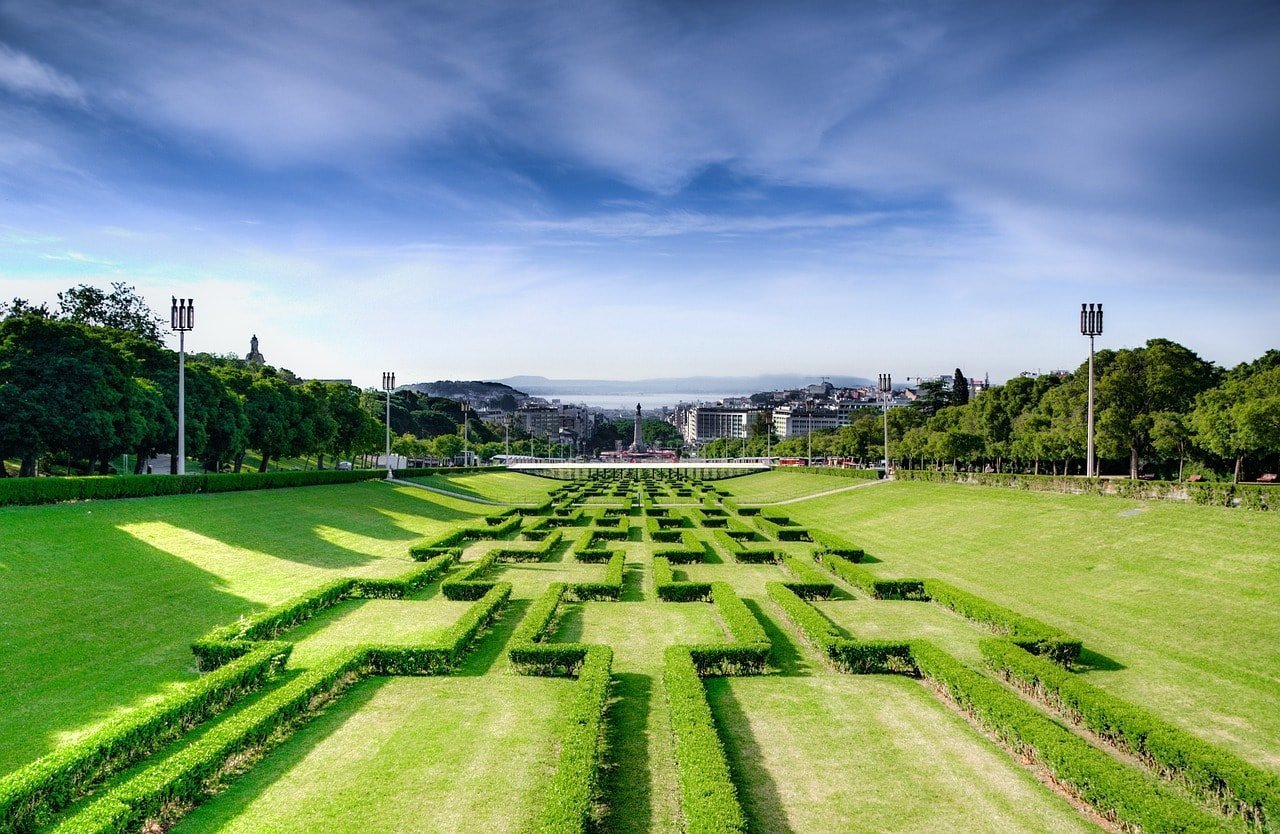 The view from the top of the Eduardo VII Park © Pixabay

Although many of the original buildings have been replaced with new, modern substitutes, the Avenida da Liberdade continues to reflect stunning examples of Portuguese architecture. Plus, there are a few historic buildings that still stand today. From the mosaic-style paved walkways called calçadas to the 18th and 19th-century palaces that have been converted to hotels, it is easy to spend hours simply enthralled by the architecture.

Here, visitors will see the statue of the famous Sebastião José de Carvalho e Mello, Marquês de Pombal, a political figure from the 18th century who helped govern the country. His most notable achievement, however, was helping the citizens after the Great Earthquake of 1755 and, even more so, redesigning Lisbon’s Baixa neighbourhood. The resulting architectural design was named Pombaline after the Marquês de Pombal.

Grab a cocktail from the Sky Bar

Bar, Hotel Restaurant, Portuguese, Pub Grub
At the Sky Bar, your drink comes with an amazing view. | © UpSticksNGo Crew / Flickr
While on Avenida da Liberdade, enter the five-star Tivoli Avenida Liberdade Hotel and take the elevator to the top floor to enjoy drinks in one of the city’s trendiest bars with one of the best views.
More Info
Open In Google Maps
185 Avenida da Liberdade, Lisboa, Lisboa, 1269-050, Portugal
+351213198900
Visit website
Visit Facebook page
Give us feedback

One not-so-hidden secret about this neighbourhood is that it’s a hot spot for cinema-lovers. First, the Cinema de São Jorge is one of the most notable in Lisbon. It was a popular cinema during its heyday after opening in 1950 and today hosts a number of film festivals including the famous IndieLisboa. Just a three-minute walk away is the Cinemateca Portuguesa, Lisbon’s Museum of Cinema, where visitors can enjoy the scheduled classic films as well as peruse permanent and temporary exhibits.

Train Station
Enjoy a close look at the architecture, including the entrance to Rossio Station | © Pixabay

The Rossio Train station is one of the most beautiful buildings in Lisbon, and although it was constructed in the 19th century, it was built with the 16th-century Manueline style in mind. Located just south of Avenida da Liberdade, it is technically located in the Rossio neighbourhood (off the Restauradores metro stop) but is a stone’s throw from Avenida da Liberdade and still a must-see. 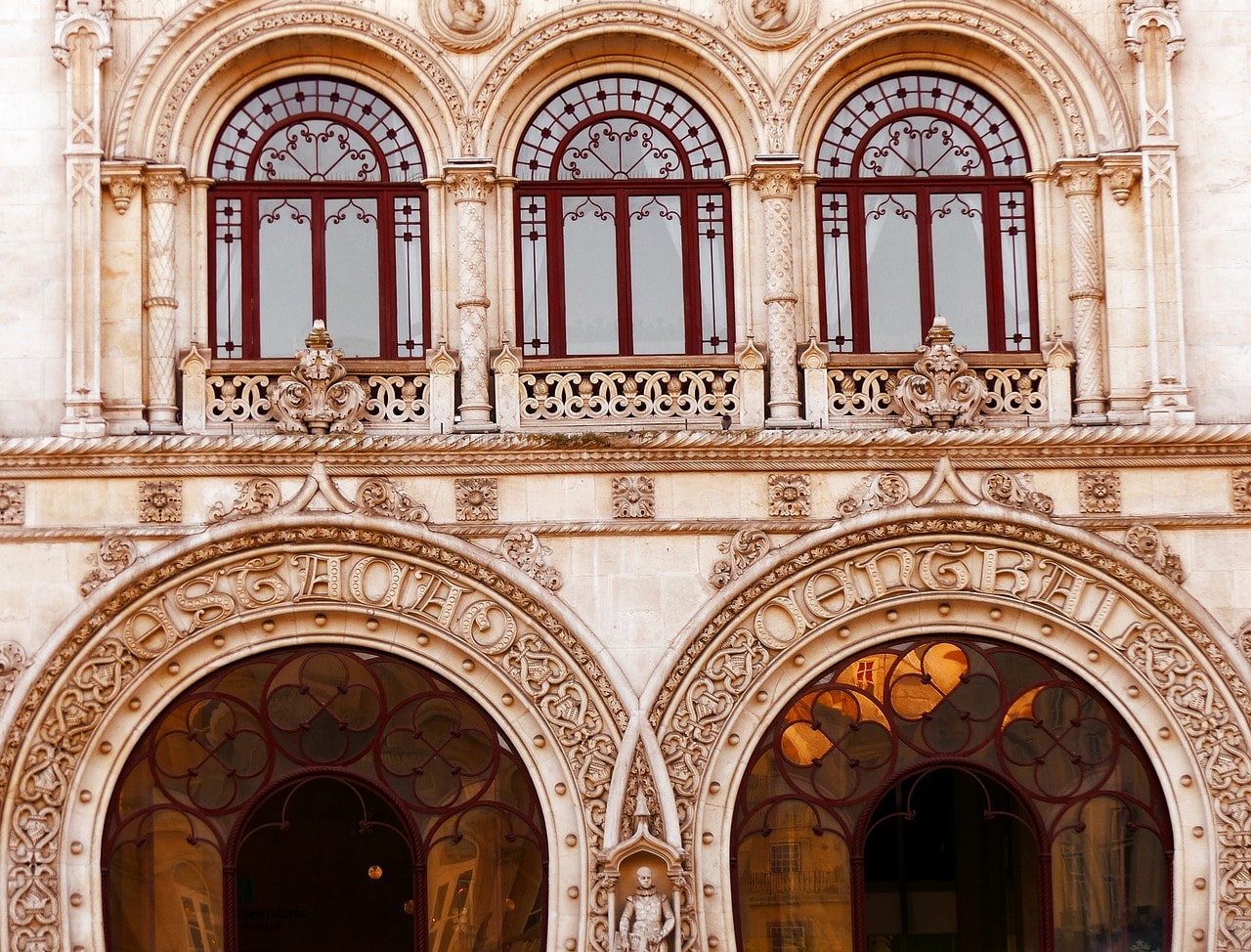 Enjoy a close look at the architecture, including the entrance to Rossio Station © Pixabay

Indoors
Give us feedback

Find a restaurant for lunch or dinner

Actually, dining out is one of the best things to do in any neighbourhood in Lisbon. Avenida da Liberdade is home to the Hard Rock Café but other popular spots include Cervejaria Ribadouro for traditional seafood dishes, As Velhas Portuguese restaurant and the eatery inside the JNcQUOI Fashion Clinic. Or, wander along the side streets just off the avenue and see which menu whets your appetite more.

The Ascensor do Lavra opened in the 1880s and is the oldest funicular in Lisbon. It may also be the most popular ‘elevators’ in Lisbon, carrying pedestrians from Avenida da Liberdade to the Torel Garden (Jardim do Torel) for less than €2 (which can be paid with the city’s Carris card). 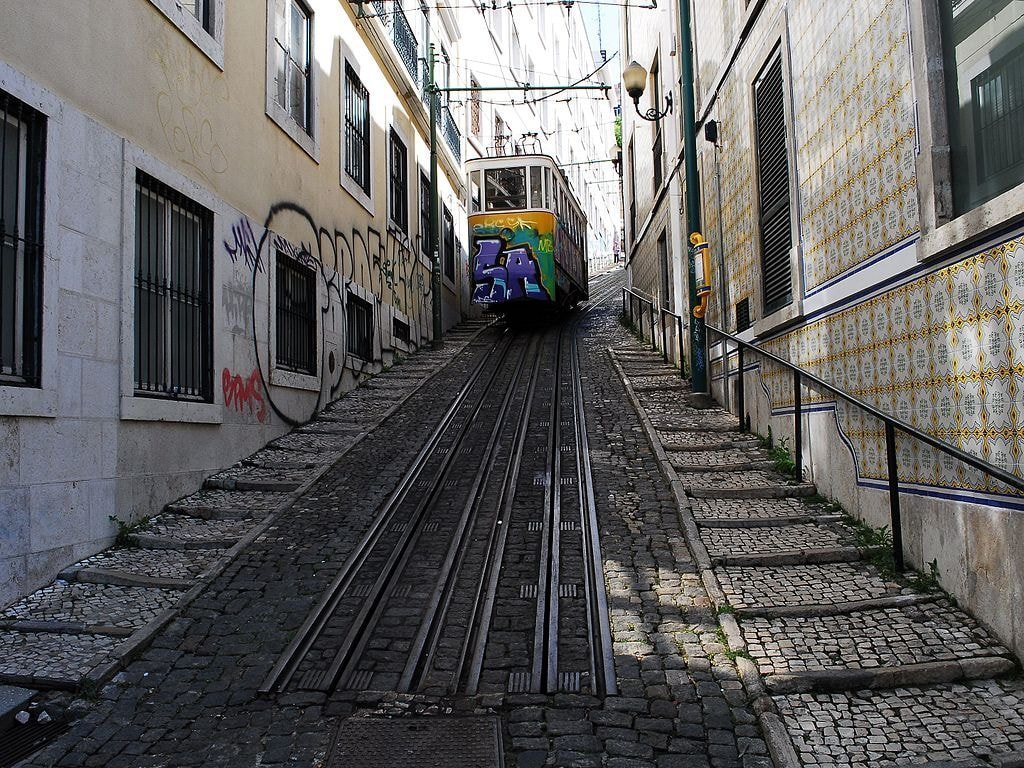