The Solo Traveller’s Guide to the Azores 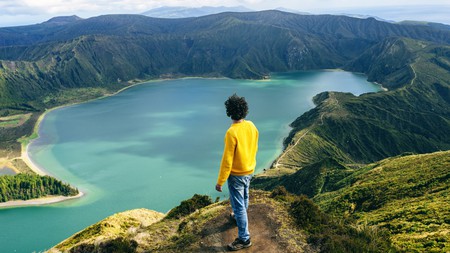 These nine tiny islands in the mid-Atlantic remain well off the beaten (flight) path, lush with ferns and fields, sea-bashed and secret. But they deserve your attention. The food is fabulous, there’s loads to do and the landscapes are magnificent: picture whitewashed cottages in a green patchwork of fields under giant smoking volcanoes. Here’s how to make your trip a success. 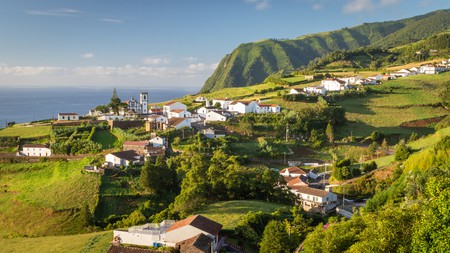 As towns are tiny, everyone seems to know everyone else. It’s easy to meet fellow travellers in hotels, bars and on excursions. It’s also simple to get from island to island and town to town by small plane, boat or bus. And the islands are among the safest locations in Western Europe. 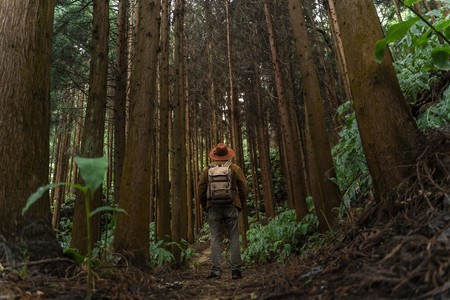 There are nine islands, and you’ll need two to three days on each to see their best parts, but few travellers visit the whole archipelago. Most spend a week to 10 days on two or three islands, including the main island of São Miguel. São Miguel has the pick of the sights, with volcano views, hikes in lush fern-filled forests, and soaks in hot springs. Flores (all waterfalls), Pico (with the highest volcano in the Azores) and Terceira (home to lively festivals) are the best of the other islands.

Where to stay in the Azores as a solo traveller 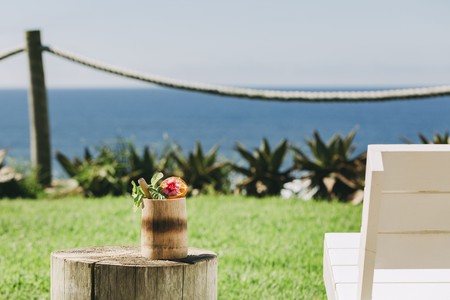 While solo travellers looking to meet people should stay for a night or two at Ponta Delgada – the main town on São Miguel – it’s the coastal hotels that make staying in the Azores extra special. Huddled on hillsides or clifftops, resorts, guest houses and boutiquey hotels overlook an endless ocean that fades into blue sky. And nowhere in Western Europe has clearer skies than the Azores; nights are lit by the brilliant Milky Way, painted across the horizon. Discover the best hotels in the Azores for a pick of the top places to stay.

What to do in the Azores as a solo traveller

You won’t be short of things to do, as each of the nine islands has unique geography. There’s a huge choice of walks in wild areas, as well as strolls through semi-tropical gardens and festivals you’ll want to photograph. And then there’s the ocean – with sea kayaking, whale-watching, fishing and scenic boat trips. Here’s what to do. 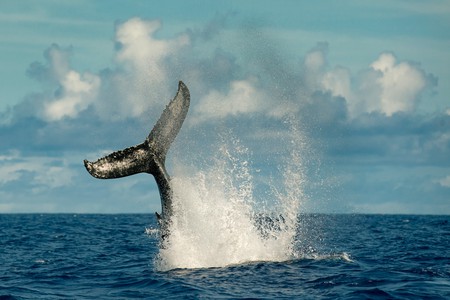 The Azores are on a migration highway for sea life, making them the best location in the Atlantic for dolphin and whale encounters. And not just on boat trips. Off São Miguel and Pico island you can snorkel and dive with huge blue whales, fin whales and sperm whales.

Hike up a volcano 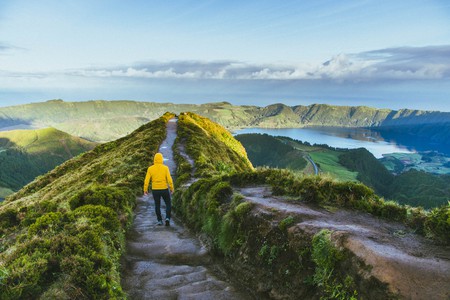 For the ultimate Instagram landscape shot, a view from a peak is a must. There are plenty to choose from, but if you have to pick just one, make it Sete Cidades, on São Miguel: it’s an easy three-hour walk around a blue-green lake, overlooked by a looming volcanic cone set in a ring of plunging mountains. 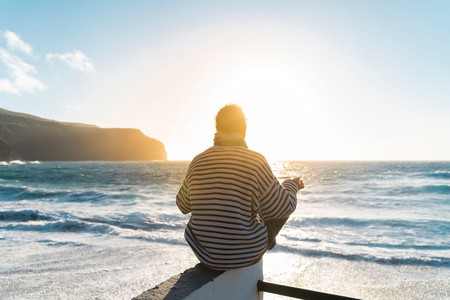 The Azores are on Europe’s westernmost edge. And the sunsets over the ocean are fabulous. You can see them from a bar in Punta Delgada, cocktail in hand. Alternatively, for a more romantic, rugged view, try the Farol do Arnel lighthouse in northern São Miguel, or the beach in front of the beautiful Poço do Bacalhau waterfall on Flores, near Europe’s westernmost point.

Eat and drink in the Azores 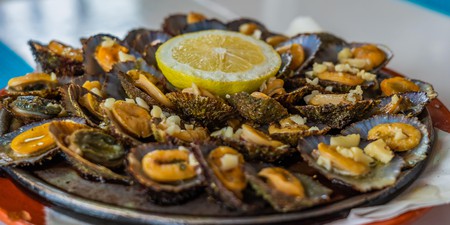 Given the ocean all around, you’d think that menus on the Azores would be dominated by seafood. Indeed there’s fabulously fresh horse mackerel (cooked in a spicy garlic and olive-oil sauce) and thick, juicy chargrilled tuna steaks. But the islands are also celebrated for their dairy produce: Azores cheeses are tangy and creamy, and the steaks (usually served with chips, garlic gravy and an egg) are sweet and tender. On São Miguel be sure to sample the queijadas – a cross between a cheesecake and a cupcake, best accompanied with a strong, dark cafézinho espresso coffee.

Getting around the Azores as a solo traveller

The islands are formed of three separate groups: São Miguel and Santa Maria in the east; Flores and Corvo in the remote west and Terceira, Graciosa, São Jorge, Pico and Faial in the central group. The main airport, where almost all visitors land, is at Ponta Delgada on São Miguel. Propeller planes fly from here to the other islands. There are tourist buses on São Miguel (where most locals speak some English), and local buses on all of them. That said, to reach the sights without a long wait, consider hiring a car or renting a bike. 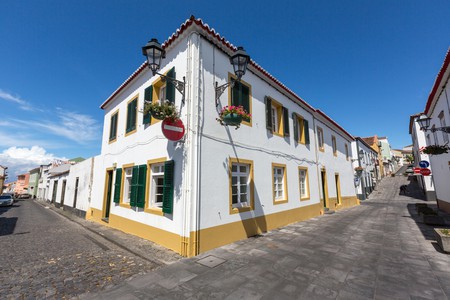 Crime rates in the Azores are very low, even by European standards, and solo travellers will face few dangers or difficulties beyond sunburn and sea sickness.

Want to explore the Azores with a small group of like-minded travellers? Join Culture Trip’s six-day adventure, Into the Azores: Europe’s Most Remote Adventure Playground, and enjoy abseiling, whale-spotting and soaking in mineral-rich hot springs.