Dance With the Masked Men of Portugal’s Caretos de Podence 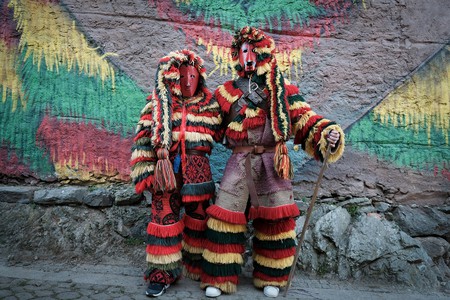 If you’re visiting Portugal during Carnival season, you’ll want to take part in the many celebrations across the country; but the most authentic one to seek out is the Caretos Festival, in the ancient village of Podence. Recognised by UNESCO as an Intangible Cultural Heritage of Humanity event, it is one of the country’s oldest and wildest local traditions, a ritual where profane masquerade figures run through the streets causing mischief. 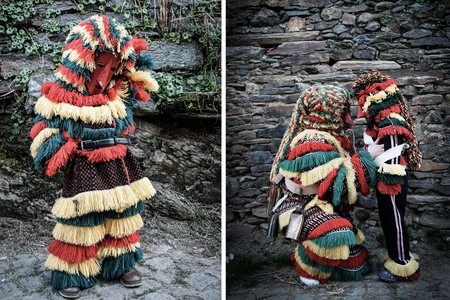 In Podence, the Caretos Festival is a celebration of the end of winter and the arrival of spring, dating back 800 years | | © Marina Watson Peláez / Culture Trip

The inhabitants of Podence don’t call the Caretos Festival a carnival. Instead, they see the festivity that has made their small village famous around the globe as a Shrovetide commemoration. Regardless of the categorisation, the festival is a memorable one, dating back 800 years to the time when the ancient Celts inhabited the region. To celebrate the end of winter and the arrival of spring, local residents known as caretos dress up in costumes of colourful wool fringes and leather masks, with heavy cowbells on their belts, to impersonate the devil.

This local custom is typical of the whole Trás-os-montes region, and specifically of the village of Podence. For three days, the caretos can be seen running around the village causing raucous mayhem: raiding taverns, shouting and ringing their bells as they go. Aside from stealing wine, the caretos’ main goal was to bless women by hitting them with their bells, granting them fertility – a ritual much aligned with the coming of spring. The only women who were safe from the caretos were the matrafonas. These women donned masks made out of layered clothes, resembling old rag dolls, and walked the streets throwing ashes at anyone within their reach – another ritual linked to fertility and renewal. This parade culminates on Shrove Tuesday; as part of this ancient ritual, the caretos, each of them carrying a torch, surround a giant careto effigy made out of wood and set it ablaze, sending sparks into the night sky. 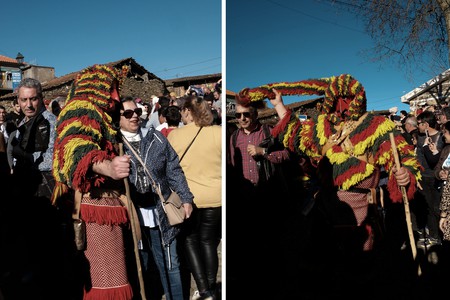 The caretos custom is typical of the Trás-os-montes region, but specifically of the small village of Podence, which comes alive for the festival | | © Marina Watson Peláez / Culture Trip

During the rest of the year the village is barely inhabited, with most houses sealed and only two restaurants open, but during the carnival season it comes alive as visitors from all over the country and even further afield descend on Podence to take part in the festival celebrations. During the Carnival season, makeshift taverns, serving local dishes and wine, are set up in long-abandoned wine cellars. Most places only serve two dishes: alheira (a popular well-seasoned sausage) and posta mirandesa (a prime cut of steak) – both of them delicious (for meat lovers, that is). To attract a new wave of tourism to the village, a museum has even been dedicated to the Caretos de Podence.

Traditionally, the role of careto was reserved only for the men of Podence. Fortunately, as the practice gained popularity, it also became more inclusive. A deciding factor in recognising the tradition as a UNESCO Cultural Heritage tradition in 2019 was the fact that women can now wear the costumes, and have been able to for over a decade; today, children as young as five years old can also dress up and take part. It’s not uncommon to spot a full family of caretos clad in the distinctive fringed costume. The fact that, nowadays, almost anyone can get involved is part of the reason why some of the caretos – those with strong ties to the village – wait until evening to come out. This is the time when they feel free to play the part “just like in the old days,” meddling with amused bystanders and pillaging the taverns. 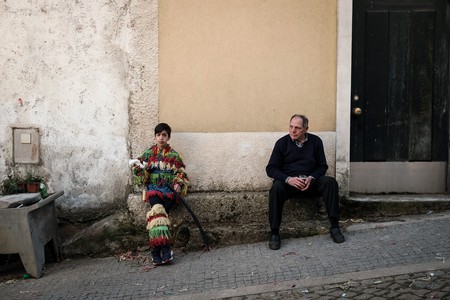 The role of the careto was once reserved only for men, but the practice has become more inclusive, and women and children can now wear the costumes and join in the celebrations | | © Marina Watson Peláez / Culture Trip

The church is the only place in the village where you won’t see the caretos – as emblems of the devil, they’re forbidden to set foot on holy ground. Otherwise, they take every available opportunity to steal a dance from the girls of the village, rhythmically moving their hips and swinging their cowbells. Tourists aren’t spared; so if you find yourself facing a mischievous masked man pressing for a dance, the best thing to do is to play along and put your arm around his waist to hold down the cowbells, so that they won’t swing towards you – a tip shared with Culture Trip by a benevolent careto.

Today, their behaviour is mild compared to caretos of years past; shenanigans went as far as bursting into homes through locked doors and closed windows, stealing food and teasing women who tried to hide from them. In years gone by, this was sometimes the only chance boys had to get close to girls they secretly wooed. For Amilcar Torres, who was 20 years old in the 1960s, this meant climbing to his beloved’s balcony and consequently falling and breaking four ribs in the process – an unfortunate outcome but one that didn’t keep him from playing his role and, a few years later, marrying the young woman. Now a respected village elder, Torres has been a careto all of his whole life, except for the 18 years he spent abroad. In the 1970s, the poverty of Portugal’s rural areas led to mass migration, and the tradition became almost extinct, with only three caretos remaining in the village. Fortunately, according to Torres, who became a father while living in France, his children “were born caretos”. His two sons, Miguel and Pedro, now in their fifties and residing in Paris, still make a point of returning to the village every year to carry out their masked tradition. So does Amilcar’s grandson, the family’s youngest careto and the liveliest of the bunch. 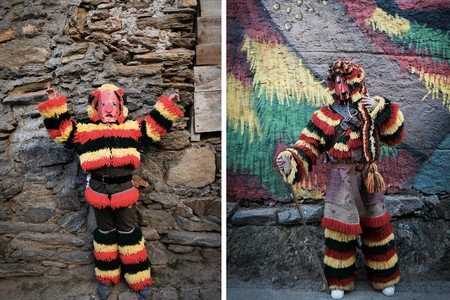 The colourful fringed costumes disguise the identity of the caretos, encouraging the type of mischievous behaviour typical of the festival | | © Marina Watson Peláez / Culture Trip

The current generation of Caretos de Podence is mostly made up of young men who work or study abroad and return to the village for the Carnival alone. They’re proud of being from the village that gave birth to the caretos and thoroughly enjoy wearing the costume that preserves their anonymity while having fun. According to Torres’ family and friends: “The mask allows your inner craziness to come out in cheerful ways.” Add this to the fact that caretos are served free drinks wherever they go, and it’s easy to understand why the activity can appeal to the younger generations.

There is a price to pay, though. A careto costume can cost up to €1000 (£870), a hefty sum to pay even if you can find someone qualified (or willing) to make you one. The village currently has a professional outfitter who makes careto costumes on demand. But, according to Kevin – a 26-year-old careto, born and raised in France, “The best costumes are home-made.” He is lucky enough to have one made by his grandmother – “Probably the last one she’ll ever make,” he muses – who has lived in the village her whole life. 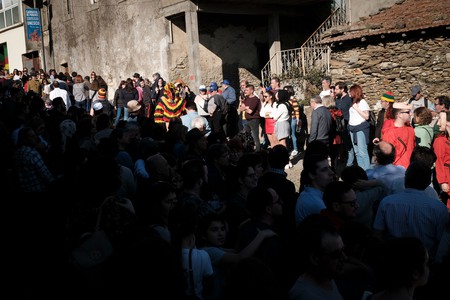 Thousands of people visit the Caretos Festival, which was named an Intangible Cultural Heritage event by UNESCO in 2019 | | © Marina Watson Peláez / Culture Trip

Apart from the financial cost, there’s a physical one, too. The morning after the festivities, Kevin and his younger brother, Vitor, both flaunt the marks of the riotous celebrations: both of them bear round purple bruises evenly distributed along their waists from swinging the cowbells on their belts. “It’s the price you pay for doing it right,” they say, laughing.

Being recognised as a UNESCO Cultural Heritage tradition has been a blessing for the village and the caretos. Now, with abundant funding and a flourishing tourist trade bringing in revenue, a full restoration of the village is soon to be under way, with the renowned Portuguese architect Eduardo Souto De Moura leading the project. If you’d like to take part in tradition lasting over 800 years, there’s no better destination than Podence in which to dance with the devil. 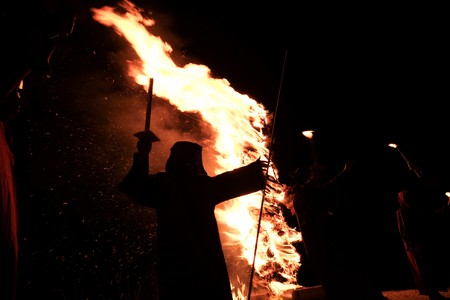