The Best Portuguese Cheeses to Try

There’s no limit to the textures and flavors of Portuguese cheeses, as the country produces everything from creamy and mild to hard and sharp cheeses, which are served at small, local restaurants, or tascas, and adegas (the Portuguese version of Spanish bodegas). We’ve got a list that will convince you that Portuguese cheese is one of Europe’s best-kept gastronomic secrets and that if you’re a cheese lover, you should add Portugal to your list of must-visit destinations.

A general favorite for its creamy texture and slightly strong flavor, which is still mild enough to tempt multiple palates, is the azeitão cheese, a sheep’s milk cheese produced in Azeitão, Portugal. Find your favorite Portuguese bread to spread this cheese on for breakfast or to enjoy as a snack between lunch and dinner. Located at most, if not all, grocery stores, it’s easy to find and the town where it’s produced is in the lovely seaside Arrábida hills, located a short 30-minute drive south of Lisbon. One unique quality about queijo de Azeitão is how it’s produced—made with thistle flower instead of rennet, it’s vegetarian-friendly. 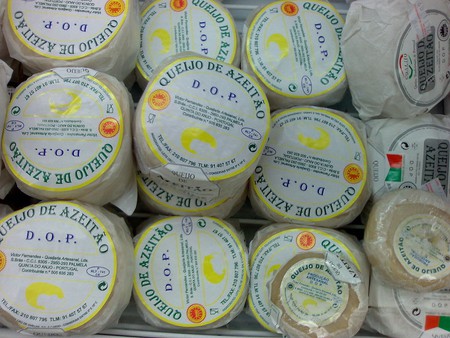 Perhaps the stinkiest Portuguese cheese, queijo de Serra da Estrela comes from the Serra da Estrela mountains and is loved for its aroma, as well as its strong flavor, which is why it’s nicknamed “the king of Portuguese cheeses”. Also made from sheep’s milk (leite de ovelha in Portuguese), it is so creamy that it will sometimes melt off the serving spoon and is perfect for spreading on bread and crackers. Buy an entire wheel, cut a circular hole off the top, and have fun digging in.

Hailing from the northeastern part of the country, queijo de cabra transmontano is a hard and slightly salty cheese made from goat’s milk. Although it is very faintly yellow, this cheese sometimes has a reddish rind due to the paprika that it’s often rubbed in. Popular in the north of Portugal, it can also be found easily in Lisbon. Why not grate some over a salad for a healthy and flavorful lunch? 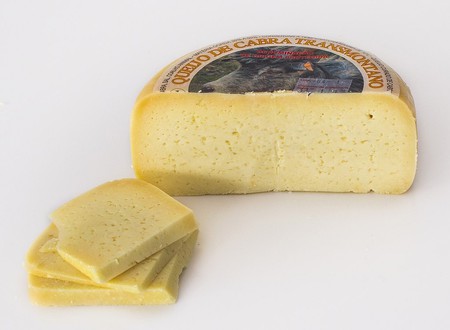 Though not as hard as queijo de cabra transmontano, this local cheese from Évora (the regional capital of Alentejo) qualifies as a semi-hard variety made from sheep’s milk. This is another cheese with a slightly salty flavor and the older wheels of the cheese (noted by the Portuguese word velho) sometimes have a little spiciness to them.

Queijo de Nisa is another favorite hailing from the rural Alentejo. Like the cheese from Évora, Nisa cheese is a semi-hard variety made with raw sheep’s milk.

A fairly white cheese that is subtle in flavor and semi-hard in texture, Rabaçal cheese is made from a mix of sheep and goat milk. It is produced in a village near Coimbra, in the center of Portugal.

Queijo de São Jorge is a semi-soft cheese made with cow’s milk and known for its spicy kick and incredibly addictive flavor. This is one of the more popular cheeses from the Azores islands, specifically the island of São Jorge. 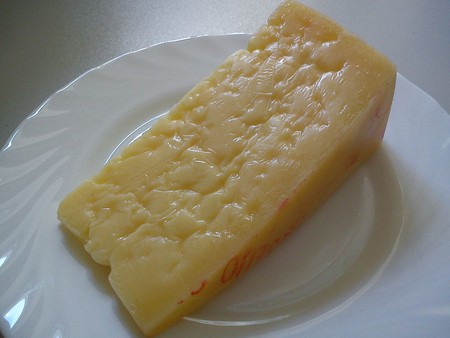 Think of a soft and light spreadable cheese, like ricotta, and you’ll have a good idea of what requeijão cheese is, which is produced in Portugal and Brazil. Great as a spreadable snack, requeijão is made with cow’s milk and liked for its subtle flavor. Drizzle some honey over it or serve it with a sprinkle of salt and pepper for added flavor. 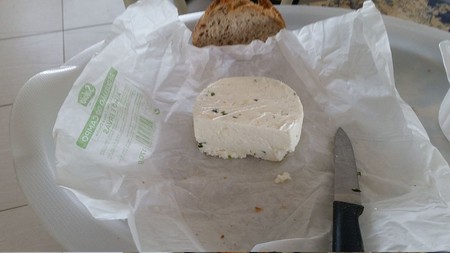