The Best Hotels in Funchal, Portugal, for Every Traveller 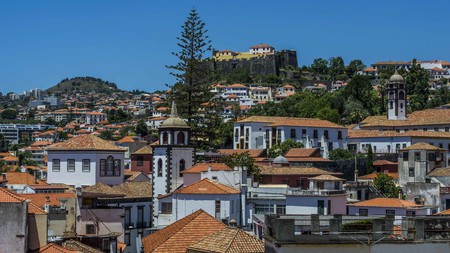 Funchal, the lively capital of Madeira, has an almost bewildering range of accommodation, encompassing modest hostels, swanky boutique hotels and venerable quintas (manor houses). Cut through the confusion and find your dream destination below.

Madeira, found north of the Canary Islands off the Moroccan coast, has an enviable climate and lush, rugged scenery in spades. Its largest city and capital is Funchal, a one-time port of call that’s now a free-standing destination. Centuries-old British involvement in shipping Madeiran wine has helped make it a popular destination with British tourists, and must-visit attractions include the Madeira Cable Car, Funchal Cathedral and the Old Town. 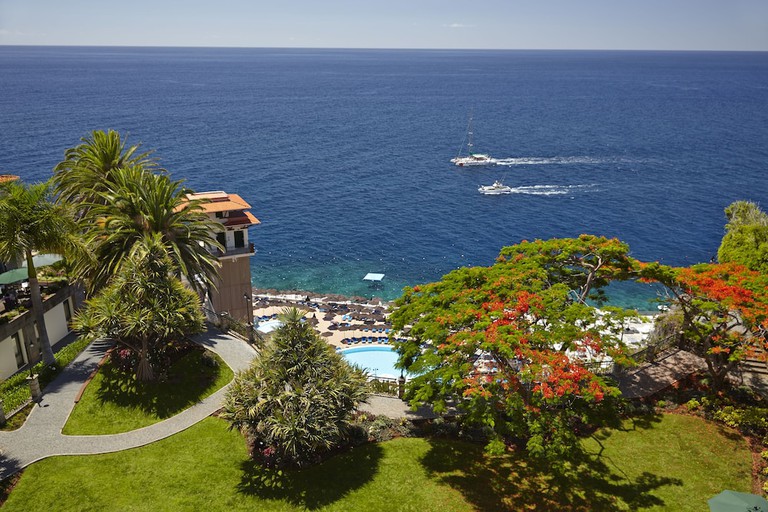 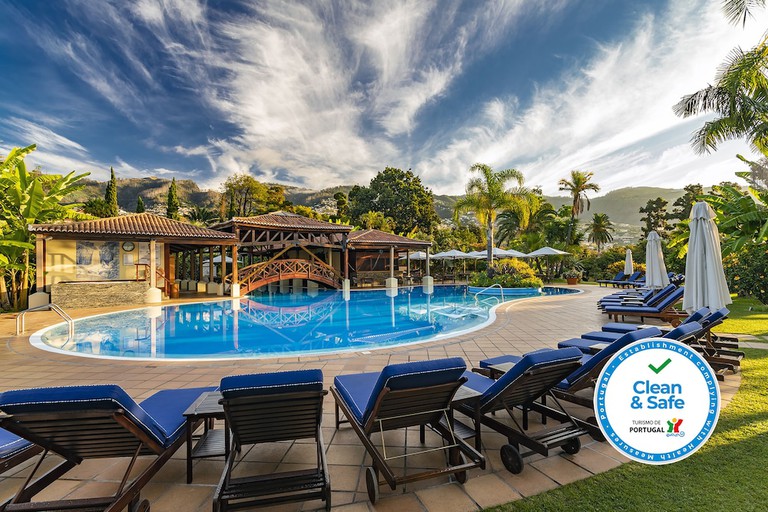 Built in the mid-1700s as a private residence, this handsome, stately mansion stands in steep residential hills overlooking the heart of Funchal and the Atlantic beyond. Old-world charm and luxury abound in high-ceilinged rooms filled with solid antique furniture and matching vintage decor. However, it’s the magnificent gardens with more than 500 varieties of exotic plants and tropical flowers that steal the show. Croquet, table tennis and a heated pool mingle among the luxuriant flora. 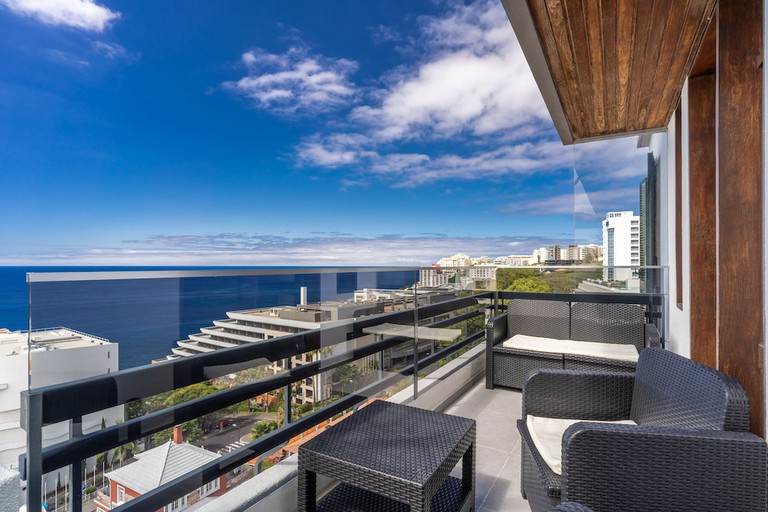 In a thoroughly modern block close to the Lido Gardens and coastal bathing complex, this sixth-floor one-bedroom apartment offers sea views from a spacious sunny balcony. Compact and simply yet tastefully furnished, it comes with a small open kitchen and free parking. There’s a lift, too, so mobility won’t be an issue. Several nearby restaurants, bars and shops help make this a more self-sufficient stay, while local buses lend convenient access to the city centre. 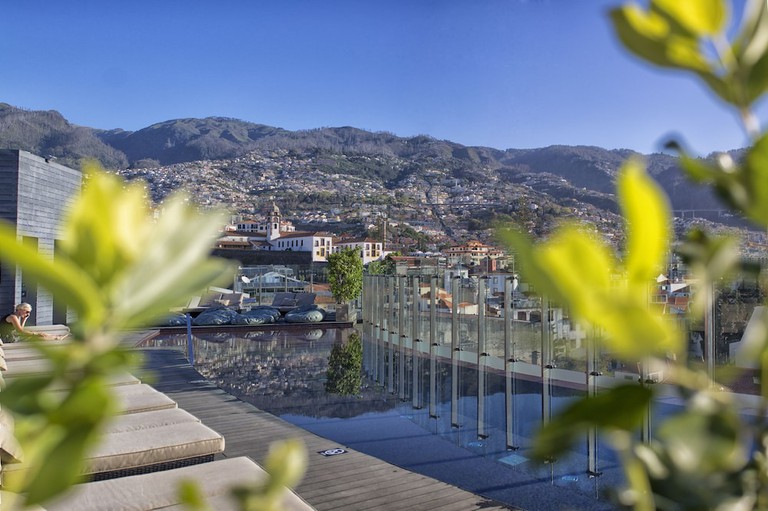 Two blocks back from the marina of Funchal, the Vine has an ultra-modern design and swanky vibe inspired by Madeira’s wine-making tradition, infusing shades of purple, mauve and burgundy into its decor. Rooms feature floor-to-ceiling windows and recessed and under-bed lighting; some even have free-standing bathtubs near the foot of the beds. There’s a long heated rooftop pool with a bar, a vinotherapy spa (including a red wine “bath”) and a highly regarded French restaurant, Uva, headed by chef and gastronome Thomas Faudry. 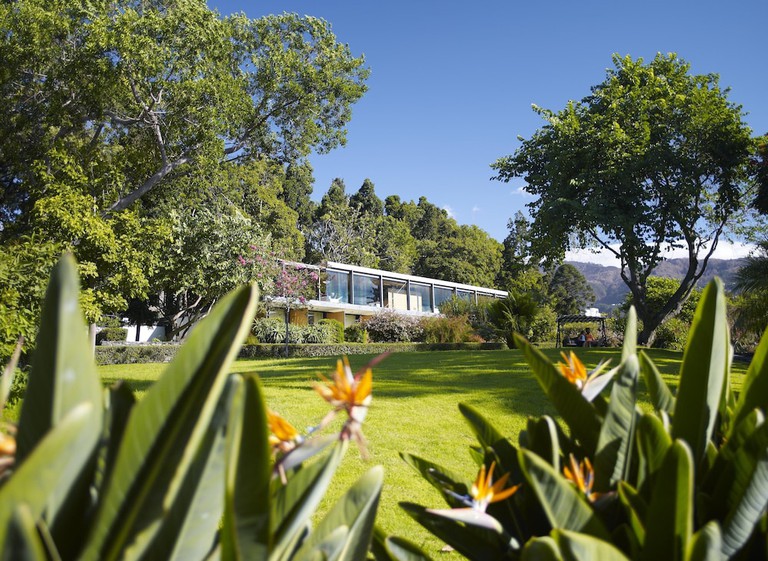 This impeccable quinta was built in the mid-1800s by the Leacock family, whose forebears launched the celebrated Madeira wine industry. By 2002, the imposing manor saw long angular Frank Lloyd Wright-influenced wings discretely added to the extensive botanical-like gardens. Rooms range from sleek, almost minimalist, accommodation in the modern boutique annexe to heritage suites with chandeliers and fireplaces in the original manor house and adjoining villa. 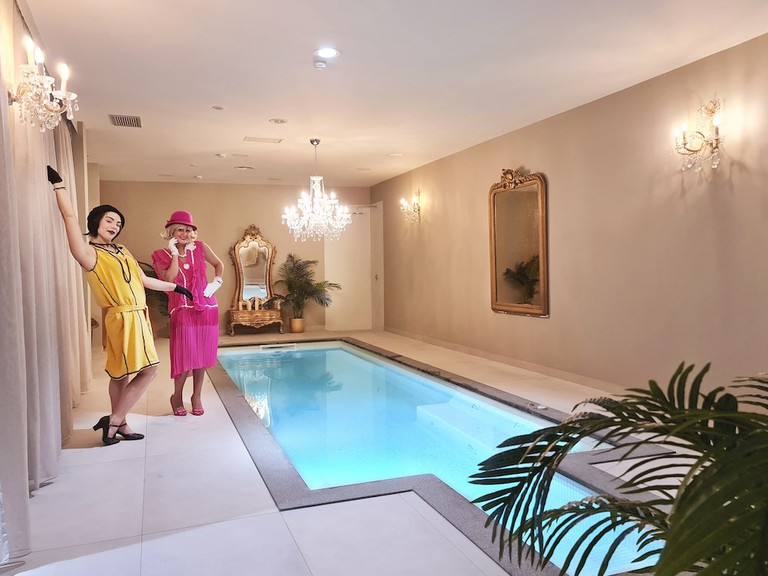 Just metres from the cathedral, this compact modern hotel lies among the narrow streets and lanes of historic central Funchal. Simple white-walled rooms with stripped wooden floors and decorative azulejo tilework circle a plant-filled courtyard. More shrubbery lines a charming rooftop bar and terrace carpeted with artificial grass. While breakfast is served at a nearby restaurant, the hotel proudly offers afternoon tea – “one of the best British traditions” – though there may be walk-on parts for enemy croissants and rebel custard tarts. Hurrah! 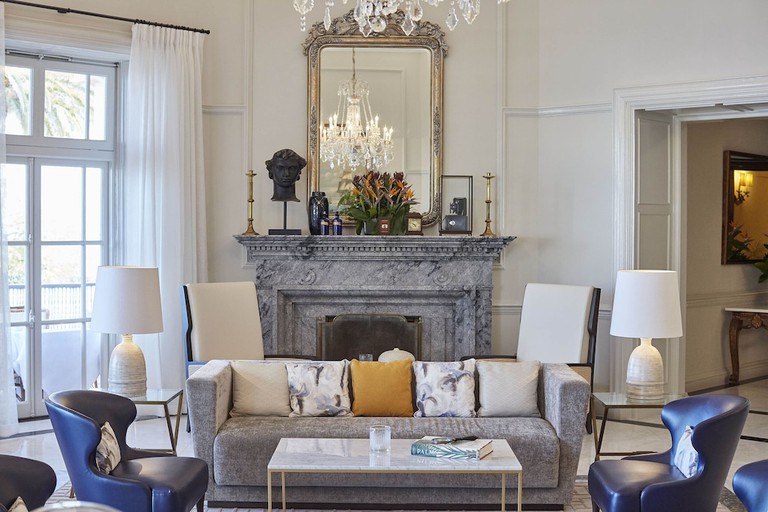 The puckered coastline and cliffs west of the city centre are well developed, and among its pioneering properties is this huge hotel that opened in 1891. Built by William Reid, a Scots wine merchant, it’s long been an island stalwart favoured by the good, the great and the grand. Spacious rooms and suites have a lean but luxurious English country-house feel, while the two pools and tennis courts luxuriate among charming terraced gardens. Michelin-star William, the gourmet restaurant, showcases the best Madeiran produce. 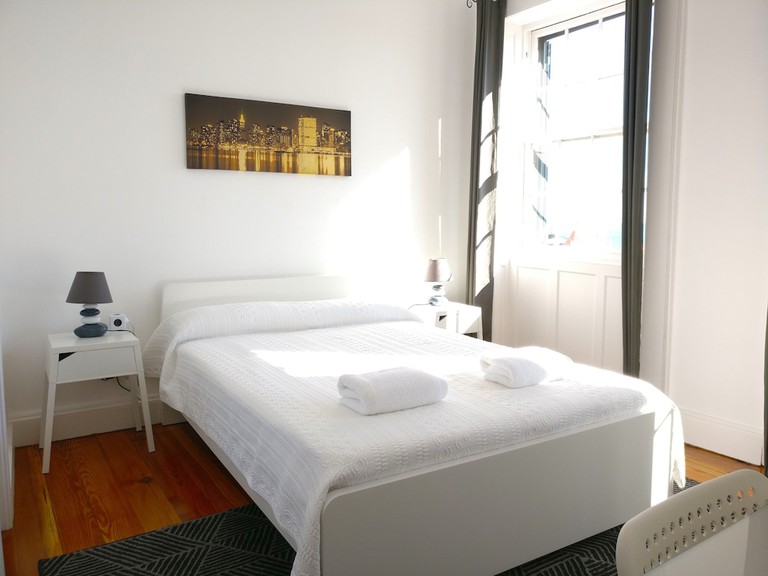 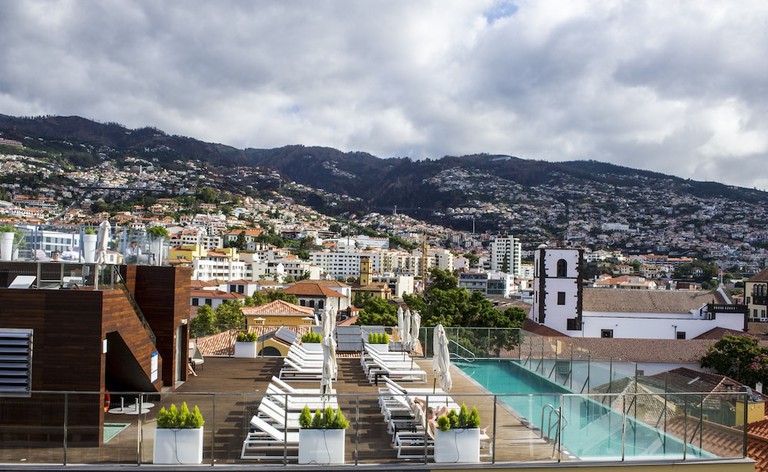 In the heart of old Funchal, Castanheiro is a cluster of five distinct but linked buildings, which neatly combine heritage with modernity. The older pair – an 18th-century artisans’ atelier and 19th-century merchant’s mansion – stands across a courtyard from early-20th-century mansions that once housed craftsmen and a bakery. Arched masonry and exposed beams in the public areas lend character and atmosphere. However, the rooms are unambiguously contemporary and unfussy with decor carefully matched to various pastel shades above their picture rails. 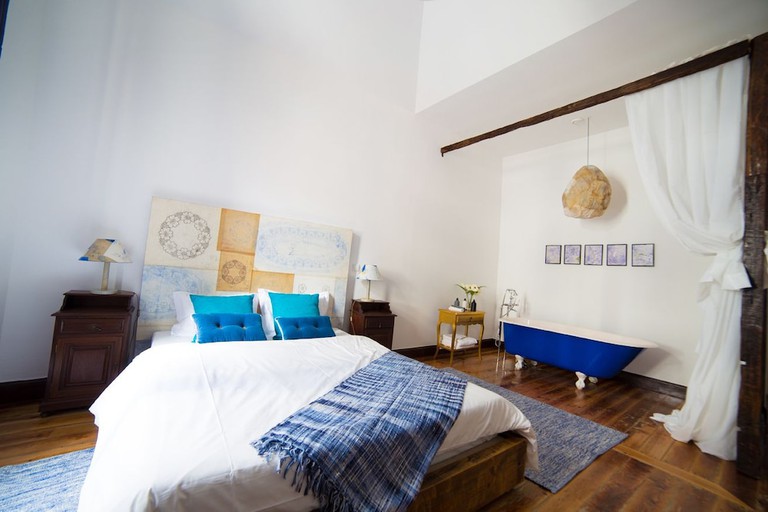 Barely a block from the seaside cable car terminus, Santa Maria occupies a former turn-of-the-century school. Boldly coloured rooms include slightly spartan though surprisingly large doubles and triples, a couple of ensuites and bunk-bed dorms. Breakfast and linens are included, with towels and laundry on request. The cheery youthful vibe comes with a decent restaurant – mainly Madeiran and mainland Portuguese cuisine – which spills beneath awnings onto the cobbled lane outside.

Looking for more? You can set off to discover the best things to do in Funchal or explore the city’s best museums and art galleries. After a long day, enjoy a delicious meal at one of these top restaurants before a nightcap at one of the best bars in Funchal.