The Most Underrated Places to Visit in Portugal in 2021 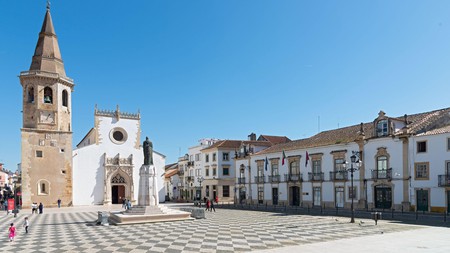 You already know that Portugal is a great destination, with cities such as Lisbon, Porto, Sintra and Faro and all they have to offer. But how about heading for somewhere off the beaten path that will show another side of Portuguese culture? Here are some fantastic underrated spots that will do more than simply add to the experience, they will open your eyes to sights you may never have expected.

Interested in visiting Portugal but not sure where to start with planning your itinerary? Consider joining Culture Trip’s specially curated nine-day Portugal adventure, led by our local insider.

The Algarve may seem like one big resort, but it’s not. Tavira is a traditional Portuguese town on the southeast side of the country less than 32km (20mi) from the Spanish border. You’ll find cafes, churches, castles and everything else that can be expected in Portugal right here, with all the Mediterranean charm expected from the Algarve without the hordes of tourists. This town, which has gothic, Renaissance and Roman structures, adds historical personality to the coastal allure.

The centre of Portugal is full of unique surprises, romantic mysteries and spellbinding history with Tomar perhaps the stand-out destination for encompassing each of these amazing attributes. To get here, hop on a train from the Gare do Oriente Station in Lisbon and enjoy a smooth two-hour ride north. Spend a day surrounded by centuries-old architecture including a delightful medieval square. Visit the Tomar Castle, the Convent of Christ and other fortresses and churches that once served as residences and headquarters for the Knights Templar. There’s also the Almourol Castle, just south of the city, that’s believed to be haunted by the ghost of a long-ago princess. 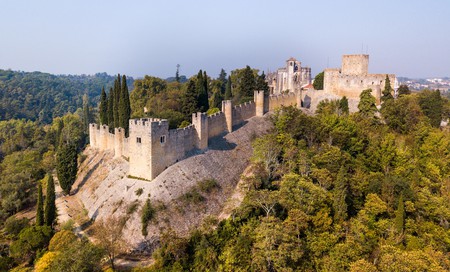 Travel another 30 minutes north from Tomar and you will find yourself surrounded by the natural beauty of forests in addition to the charming town of Ferreira do Zêzere. This is actually a popular getaway destination for the Portuguese although it’s been a fairly well-kept secret from most foreign visitors. One of the main landmarks (and reasons to visit, especially during the warm summer months) is the Castelo de Bode dam, where swimming and other water sports are usually enjoyed in the artificial lake by the same name, in addition to the Lago Azul further north.

Some of the best Portuguese wines come from the Dão region, where Viseu is one of the larger cities (though it’s still fairly small in the grand scheme). In the historical centre of Viseu are castles, medieval infrastructure, beautiful gardens, grand manor homes and artworks by the most notable Portuguese Renaissance painter, Vasco Fernandes, which can be viewed at the Grão Vasco Museum. The gastronomy here reflects much of Portugal’s most traditional and comforting recipes and the cost is significantly lower than Lisbon, Porto and the Algarve.

This is still one of the most underrated destinations in the country, one that many never even think to visit. Unfortunately, Monsanto is not so easy to reach, the most convenient way is to rent a car and drive, but walking through a boulder-filled village is an experience that should never be passed up. Monsanto is listed as one of Portugal’s 12 historical villages that helped Portugal transition from ‘county’ to ‘country’. 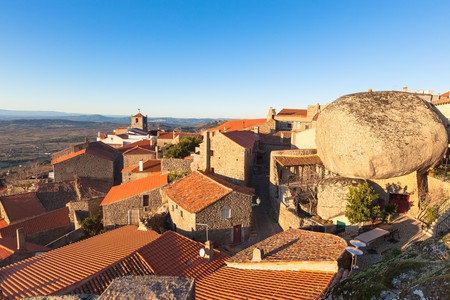 White beaches, resorts, dolphin-watching and eating plenty of seafood are all on offer at Troia, a beautiful oasis that can be reached (at one end) within an hour when heading south from Lisbon. The easiest way to get there is by ferry from Setubal but driving around to the peninsula’s other end will award you with equally lovely sights and far fewer crowds. One of the most idyllic towns on the Troia peninsula is Comporta, located at the base.

Évora attracts quite a bit of attention but nowhere close to what it deserves. The Temple of Diana, Chapel of Bones and the Cathedral of Évora all add allure to the central square that’s also a Unesco World Heritage Site. It’s also the centre of another of Portugal’s wine regions, Alentejo. 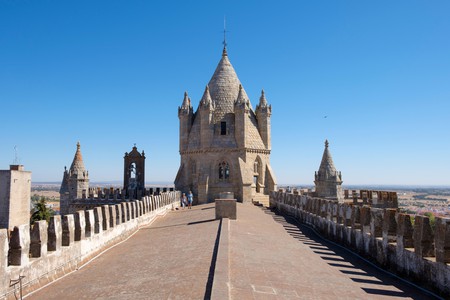 Odeceixe is yet another town in the Algarve (just south of the Alentejo border) that’s crazily underrated. In the winter, this is a sleepy village that sees few visitors, with the exception of surfers looking for yet another place to enjoy waves. Summers get a bit busier, but Odeceixe still hasn’t blipped on most tourist’s radars. The quaint town centre offers cafes, bars and seafood-laden restaurants, but (like Tavira) fewer crowds.

The coastal, rainbow-striped neighbourhood of Aveiro, Costa Nova do Prado is an old fishing village with a vibrant summer vibe. The main street that runs parallel to the beach is lined with colourful buildings that look like adult-sized dollhouses, which were once used by fishermen to store gear. Today, many of these buildings are used as summer cottage rentals. Although Costa Nova is sought out and visited by Portuguese residents on vacation or tourists exploring the area, it’s still considered one of the most underrated locations in Portugal. 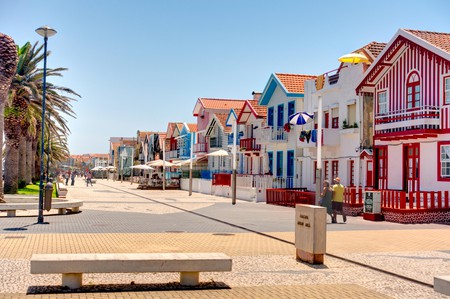 In northeast Portugal, close to the border with Spain, lies this charming medieval town considered the capital of the Tras-dos-Montes region. A couple of the main features are the 12th-century castle and nearby, wild and rugged, Montesinho Natural Park. There are also landmarks that date as far back as the Iron Age. Although the area is rich in history and legends, Bragança is in one of the least visited regions in all of Portugal (and possibly Spain too), in addition to one of the most traditional and historic towns in the country.

More Templar stories, parks, gardens, and museums fill Castelo Branco, in the central-eastern region of Portugal, south of the Serra da Estrela range and 10mi (16km) from Spain. There is little recorded history here before the 12th century. The castle and city walls of Castelo Branco were built by the Templar Knights and are among the main highlights to visit. Another major landmark is the Jardim do Paço Episcopal, one of the most beautiful and elaborate gardens in Portugal. 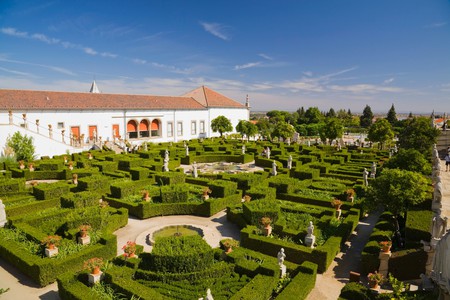