The 10 Most Beautiful Beaches in and Around Porto

The iconic Pérgola da Foz walkway at Praia do Molhe I © Asthorone/WikiCommons
When planning a beach holiday in Portugal, don’t forget the north. Porto is sandwiched by plenty of gorgeous coastline – and sure, the water may be cooler than in the Algarve and around Lisbon, but here and in the north the beaches have fewer tourists and extra space to stretch out. Take a look at our pick of the best.

This is a beach sought out by adrenaline-lovers since it’s known for strong waves, perfect for surf-related activities. Among the closer beaches to Porto, Praia de Matosinhos is one of the more popular choices for locals and tourists who are in the know.

Quite possibly the most romantic beach in the north, Praia do Senhor da Pedra has become popular because of the isolated Senhor da Pedra Chapel. Located in Miramar, approximately 14 km (8.7 miles) south of Porto, it is a well-known and well-visited beach year-round, but especially during festival time in June when locals celebrate the ‘Lord of the Rock’, or Senhor da Pedra. 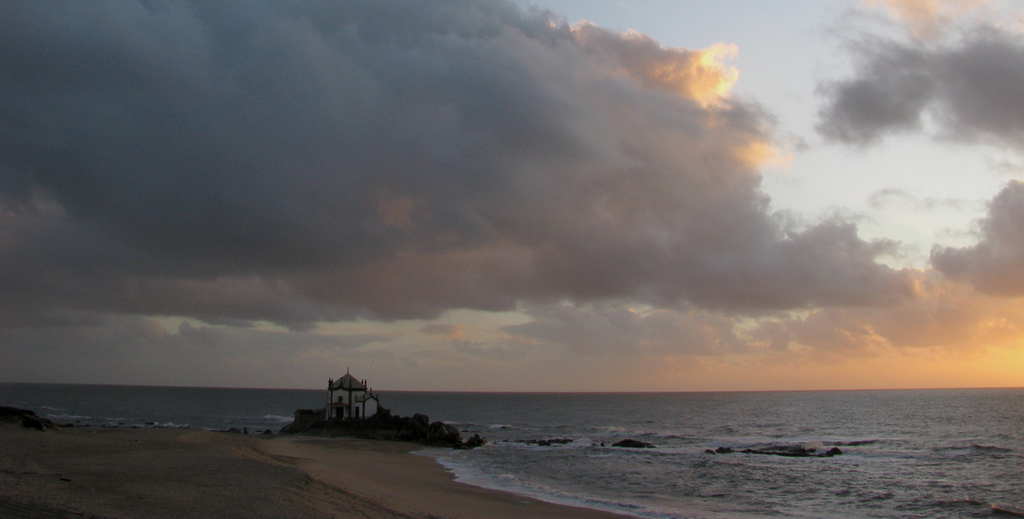 Another popular beach, close to where the Douro River meats the Atlantic Ocean, is Praia da Luz. Not only is this a nice stretch of sand, but it’s also a somewhat hidden spot with a beautiful esplanade restaurant that catches the attention of hungry passersby. As the ‘Beach of Light’, it was named after the patron saint of a chapel that once resided there; the saint was known as ‘Our Lady of the Light.

In between Praia da Luz and Praia de Matosinhos, is Praia do Molhe, a spot that stands out in Porto because of the iconic Pérgola da Foz walkway. There is also a jetty that lines the beach on one side, partially protecting it from harsh waves, and a strip of cafés and restaurants nearby that provides perfect spots to sit for lunch when the sun is at its warmest (or a cool place to relax afterward, for post-beach drinks). 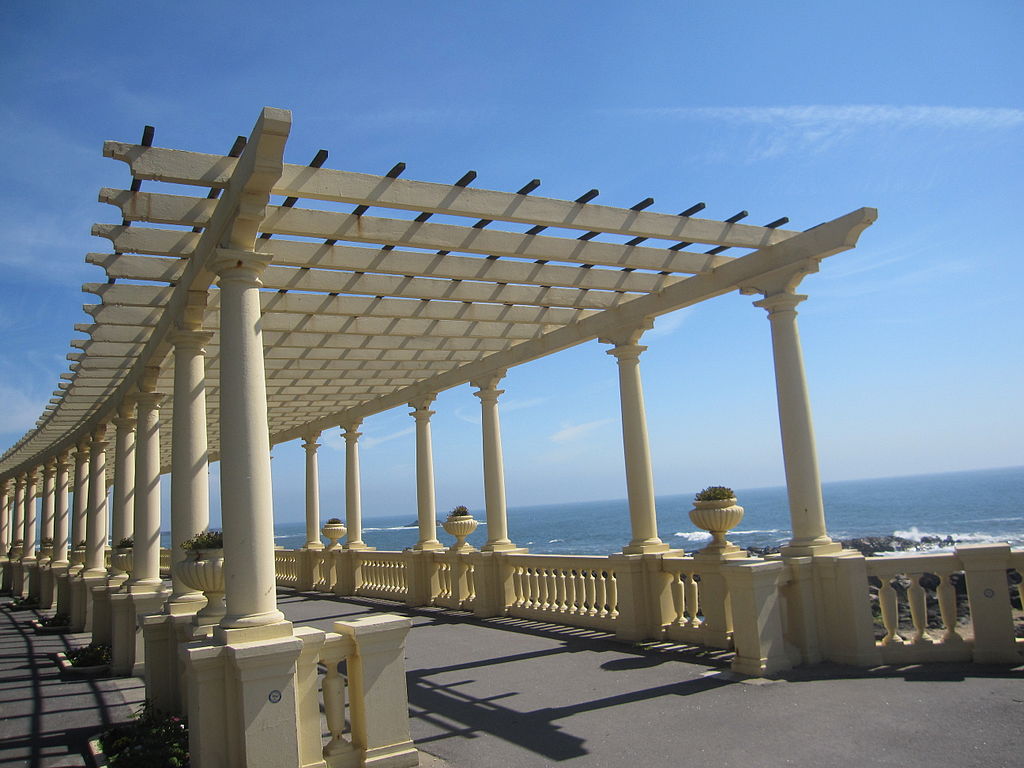 When walking away from Porto at the beginning of a beachside stroll, Praia do Carneiro is the first beach that visitors will come across. The standout features include a lighthouse and the 16th-century fortification of São João da Foz. While this isn’t considered one of the better beaches to spend a day laying in the sun, it is certainly one of the most picturesque and definitely worth a visit.

Another spot for anyone wanting to grab a drink and enjoy the sun is Praia dos Ingleses, which is known more for the cafés and terrace seating than the actual beach. For this reason, it’s also known as the ‘Esplanada dos Ingleses’. Its name comes from the popularity of the location among visitors, especially British expats who came to the Porto region for the wine industry.

Praia da Granja, just north of the city Espinho, is in a town called São Félix da Marinha, and has been considered one of the more favored beaches since the 19th century when it attracted many of the country’s aristocratic families. Hints of the long ago grandeur still exist in terms of manor homes and the area is also known for its farm lands. 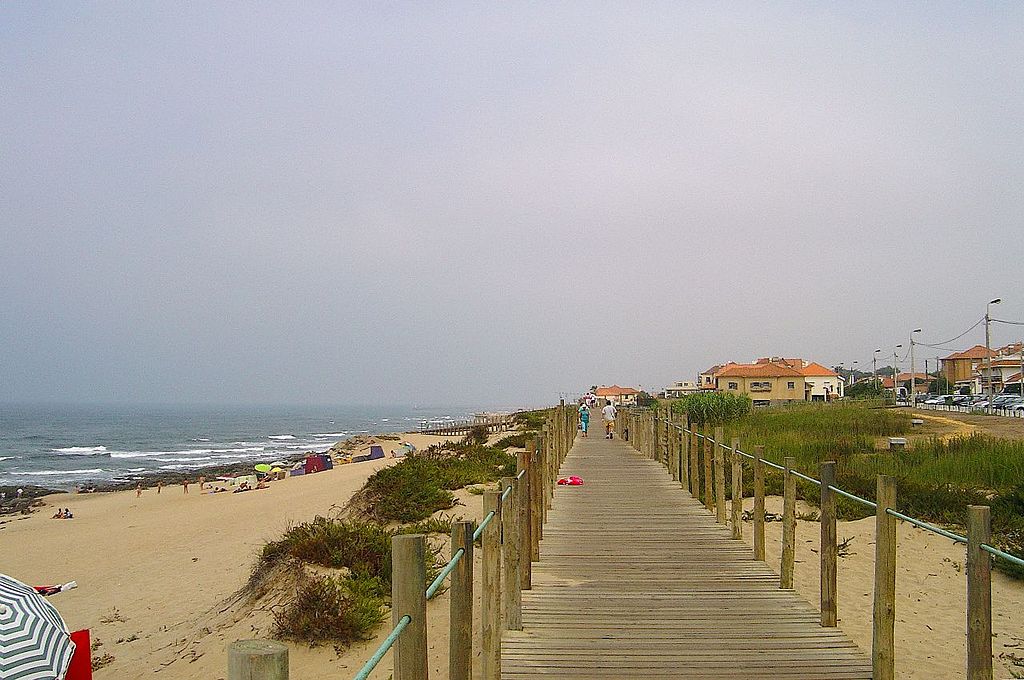 The walkway in Praia da Granja I © Vitor Oliveira/WikiCommons

This is easily the most uniquely named beach on this list, taking its moniker from the nearby ‘Castle of Cheese’ – not, unfortunately, a hot spot to buy local dairy produce, but rather a set of rocks that resemble cheese. This a semi-rocky beach just 5 km (3.1 miles) northwest from Porto is another local favorite, as well as yet another good spot for taking photos, especially near the fort.

The fishing town Espinho is a top weekend getaway for locals from Porto and the local beaches are among the many reasons why, especially when they are lined with brightly-painted boats. Praia de Espino is also a top spot among surfers who enjoy the wild northern Portuguese coast more than the south (or those who enjoy both).

Last but certainly not least is Praia de Afife, located near Viana do Castelo, one of Portugal’s loveliest cities. Here, the coast is sandier and less rocky than what is expected from northern Portugal. This is also one of the larger beaches in the area. When heading in the direction of Praia de Afif, it’s best to pack a picnic, however, as there aren’t bars or cafés by the water like in the tourist-heavy centers closer to Porto. 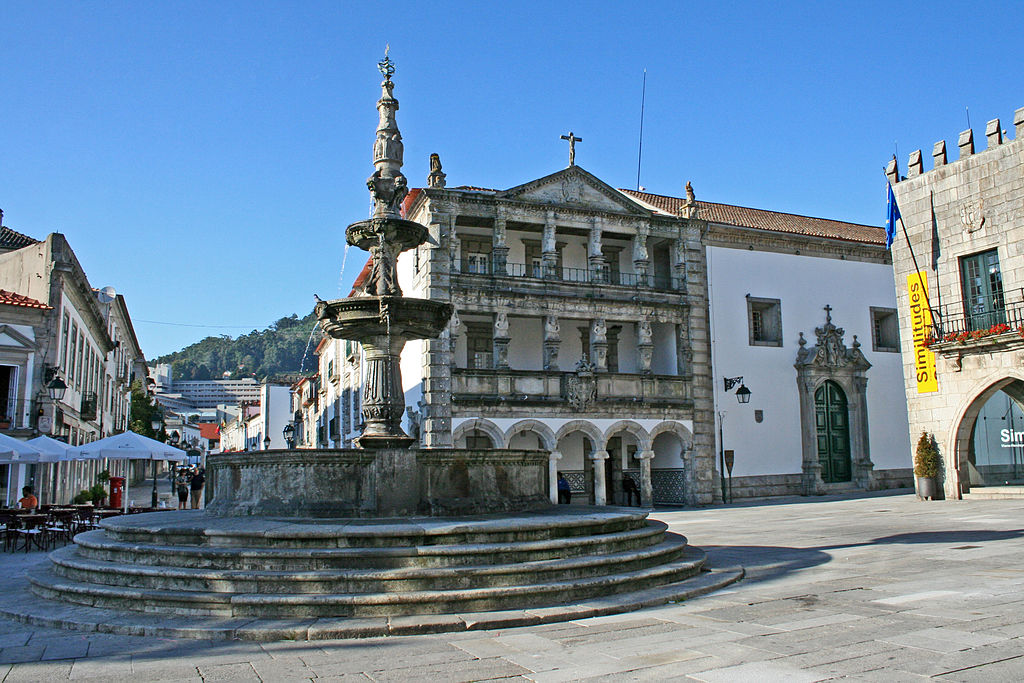 Praia de Afife is located near Viana do Castelo, one of Portugal’s most picturesque cities I © Alegna13/WikiCommons