The Best Things to See and Do in the Alentejo, Portugal 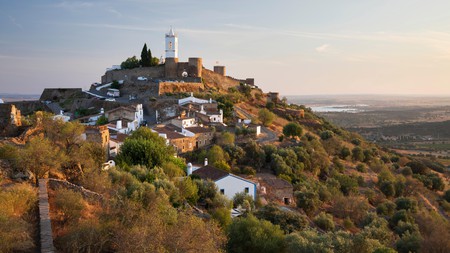 The Alentejo is the largest (and probably wildest) region in Portugal. It runs from the Algarve towards the centre of the country, and stretches from the Atlantic to the Portugal-Spain border. It has a rugged western coast and is filled with farmland, cork oaks and olive trees. Unsurprisingly, many of the local adventures involve nature, but there are also villages oozing with traditional heritage. Here’s a collection of the top activities and experiences in the region.

Want to visit Portugal without having to plan your own itinerary? Consider joining Culture Trip’s specially curated nine-day Portugal tour, which includes Porto, the Douro Valley, Lisbon and plenty more – led by our local insider. 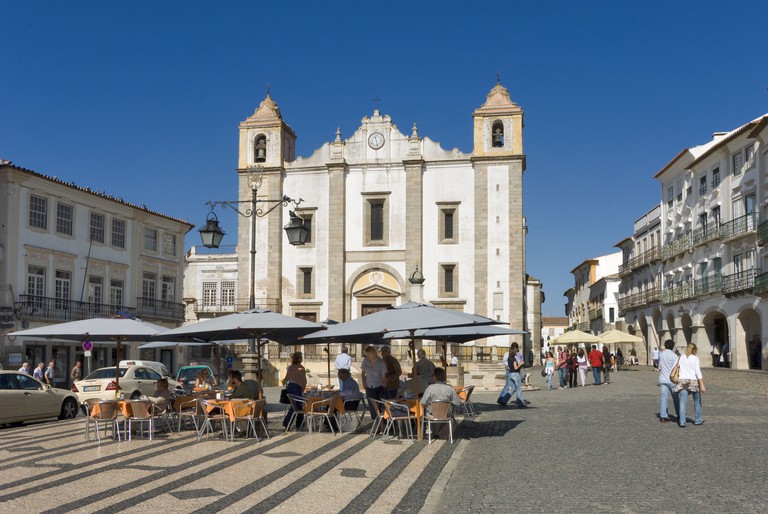 © Mikehoward 2 / Alamy Stock Photo
A Unesco World Heritage site, Évora is a city-museum filled with culturally significant landmarks and marked by a notable history. It is also the capital and largest city of the Alentejo region. There is plenty to see and do here, including visiting the eerie Chapel of Bones (Capela dos Ossos), snapping photos of the ancient Roman Temple, touring the Royal Palace and enjoying a drink, lunch or coffee in the central square. 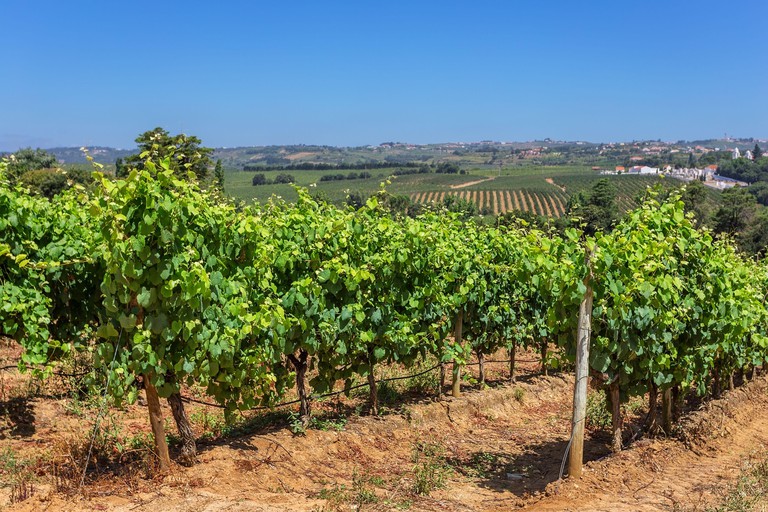 Many popular Portuguese wines come from Alentejo, and there are plenty of vineyards that allow tours and tastings all over the region. Today, the region is mainly known for producing red blends, including syrah and cabernet sauvignon. However, the whites are also gaining popularity thanks to local grapes antão vaz and roupeiro being made to produce a fruitier taste. You can enjoy a vineyard tour in Alentejo with Culture Trip by joining our exclusive small-group Portugal trip, led by our local insider.

Drive along the wild coast 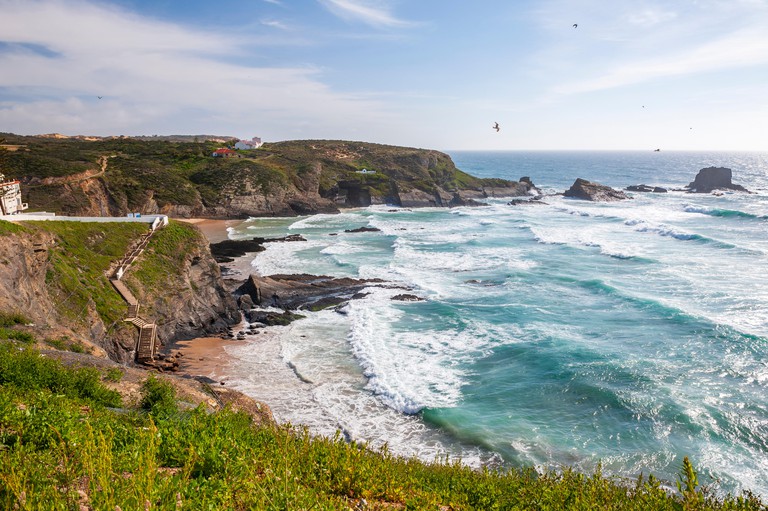 The beaches of Alentejo are among the most beautiful in the country, and the coast is also home to charming villages filled with white houses and noteworthy restaurants. On a road trip, be sure to stop in Zambujeira do Mar, Comporta and Sines.

Try açorda and other traditional dishes 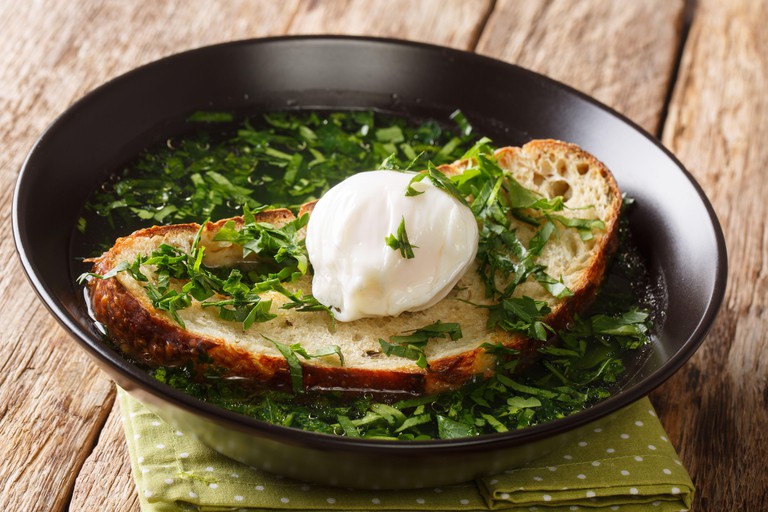 The local cuisine of the Alentejo is known for hearty and comforting recipes, such as açorda. Traditionally, it was made with rustic bread soaked in a herb-filled broth and topped with an egg. From humble origins, the dish has been developed and is enjoyed today with prawns and other locally caught seafood. Another favourite recipe is carne de porco à alentejana, a dish made with fried cubed pork, fried potatoes and clams in a garlic sauce.

Spend a weekend on the Tróia Peninsula 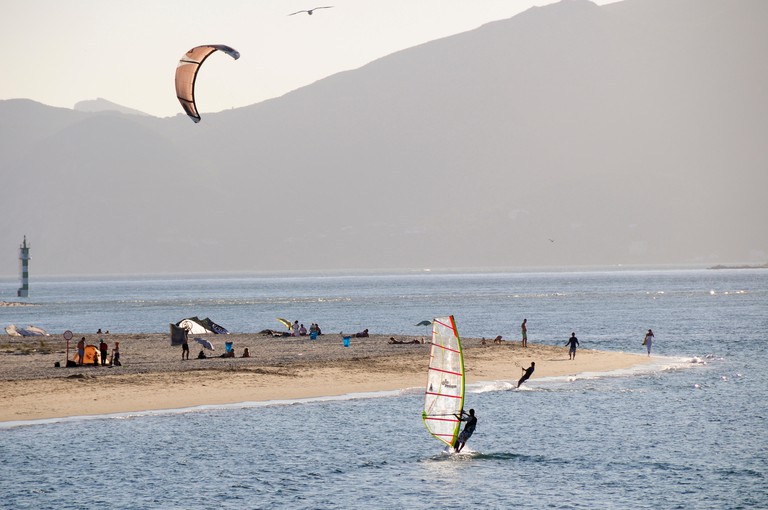 The Tróia Peninsula is one of the coastal gems in the region, and a great place to retreat from the more crowded beaches, enjoy water sports and go dolphin-watching. Located along the Sado River Estuary, it is a popular birdwatching destination, and the 18km (11mi) of white sand practically ensure semi-secluded beach space. Although the coast, estuary and local restaurants are the main attractions, there are also Roman ruins including tombs, a port and baths. 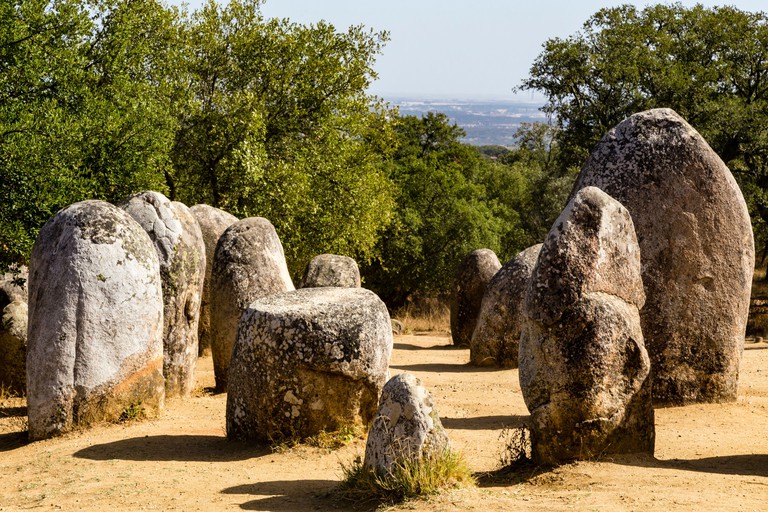 About 17km (10.5mi) from Évora, Almendres Cromlech – the largest stone formation in Portugal – is a group of standing stones that date from the Neolithic period. Historians believe these stones, which form two circles, may have been positioned to serve astronomical and time-keeping purposes in addition to acting as a ceremonial site.

Visit as many castles as possible 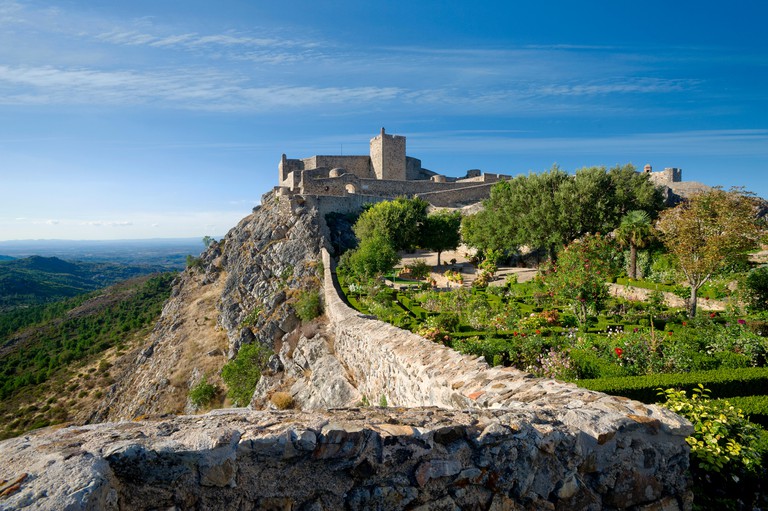 The villages along the border with Spain are home to many castles and fortified cities that date back to a time filled with battles and invasions. Each has its own history and charm, so be sure to tick as many as possible of your list while you’re in the area.

Visit the historic city of Monsaraz 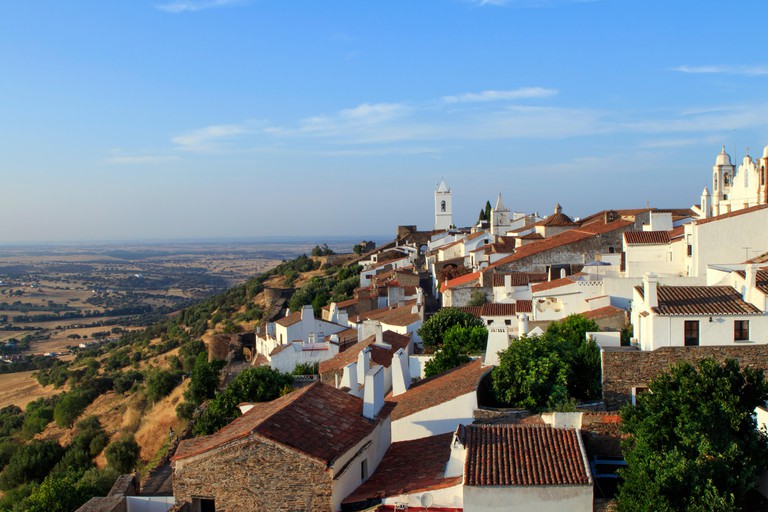 Even if it’s impossible to visit multiple castles, try making time to see the fortification at Monsaraz as well as the village itself. It was listed as one of Portugal’s Seven Wonders in 2017, has been classified a top monument village and is the epitome of a traditional Portuguese village. Perched on a hilltop that allows you to take in the surrounding countryside, it’s as picturesque as it is old-worldly and peaceful. 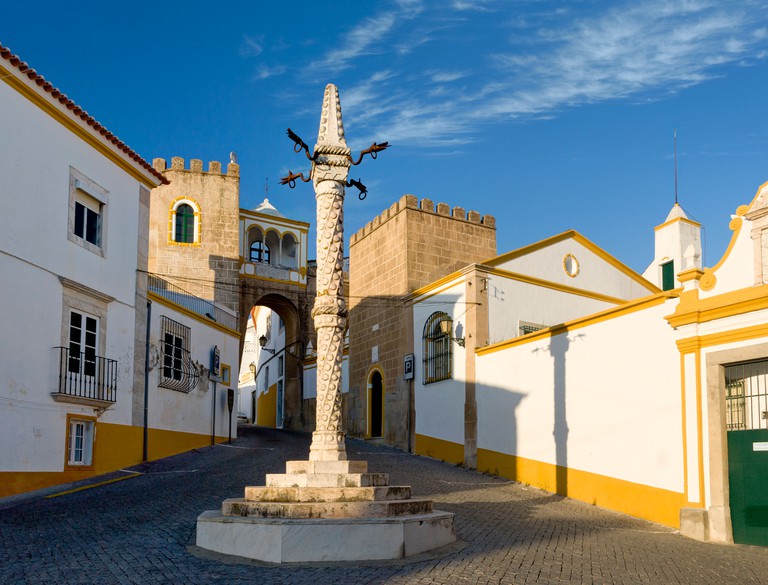 Another fortified medieval town that’s well worth the trip but usually missed is Elvas in Portalegre. Beautifully preserved, it is full of mesmerising landmarks, and the fort itself is shaped like a star (when seen from above). Among the fascinating sightseeing spots are the 16th-century Amoreira Aqueduct, the medieval castle, the historic centre and the Manueline-style cathedral. 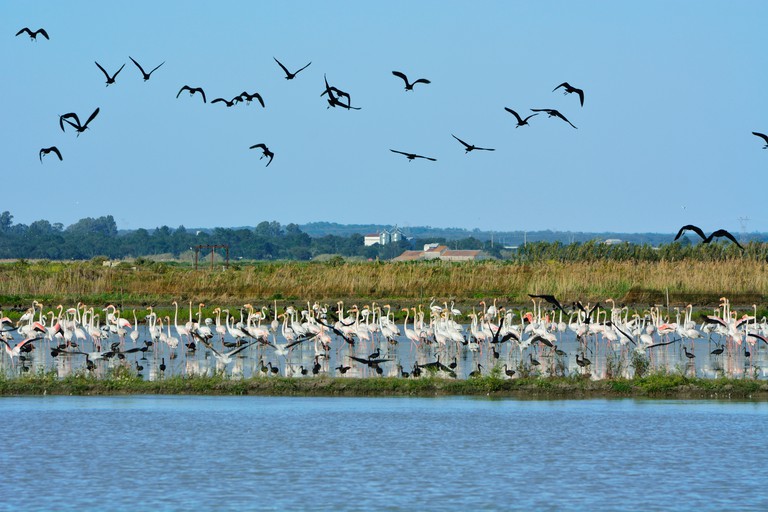 Birdwatching is a top activity for nature enthusiasts in Portugal, and the Alentejo’s large expanses of rural countryside provide plenty of space to catch glimpses of local species. The Sado Estuary, Castro Verde and São Mamede Park are all excellent spots to see these creatures in the wild, including flamingos, herons, eagles and swallows.

Off to the Alentejo? Make sure to check out our guide to the most incredible hotels in the region before you jet off. And while you’re there, why not whizz through the must-visit attractions in the Algarve?