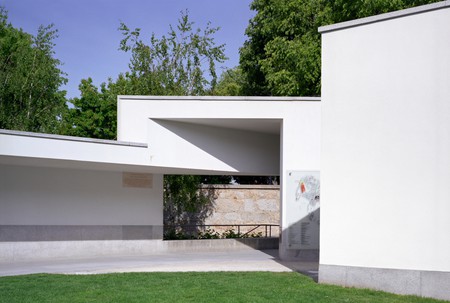 Centuries worth of history echo through Portugal’s cities, but in one of the oldest parts of the country contemporary art is weaving its way through, incorporating a new age of creativity and culture. North-west of Porto’s famous Ribeira district and renowned antique landmarks is the 17-year-old Museu de Arte Contemporanea, or Museum of Contemporary Art.

Originally the idea of the Serralves Foundation, the mission was simple: to bring together various forms of modern artistic expression from both Portugal and the world, while also cultivating awareness and knowledge of modern art. The opening of the museum had become a key step in realizing the Foundation’s focus, which came to life immediately following the civil resistance, Carnation Revolution, and fall of an oppressive dictatorship. The mastermind behind the museum’s minimalistic and modern design, however, was the Pritzker prize-winner architect, Álvaro Siza Vieira. 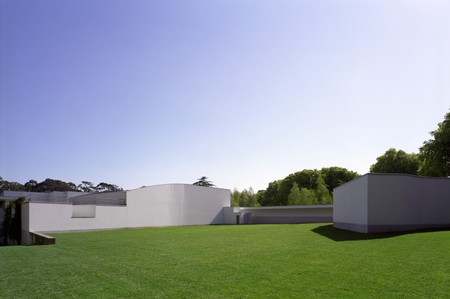 Siza’s plans began developing in 1991, and the finished product was opened on June 6, 1999. It is now the most influential contemporary art museum in Portugal and, along with the Serralves Park, has been a National Monument since 2012.

Three storys tall, the museum holds 14 exhibitions, most of which are centralized to the main entrance floor. Additional galleries, a library, and an auditorium can be found on the lower floor, while an education studio and multipurpose room are on the top level. Visitors can enjoy a restaurant, also located on the top floor and which provides views of the landscape outside, as well as bookstore. 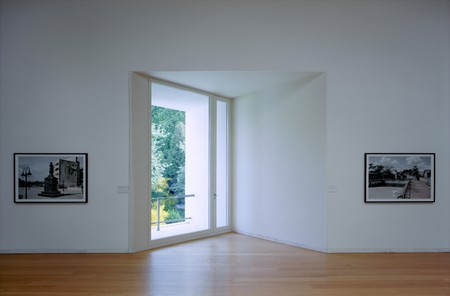 Throughout the exhibits are 4,300 works from various artists, less than half belonging to the Foundation and the remaining on a long-term, yet temporary display. Most of the art dates between the 1960s to the present day, although some earlier pieces can be found as well. The ever-changing displays seek to maintain a fair collection of the most modern works and styles.

In line with the Foundation’s aims, the museum’s exhibits move from time to time within Portugal and internationally to increase knowledge of the achievements within the world of contemporary art. 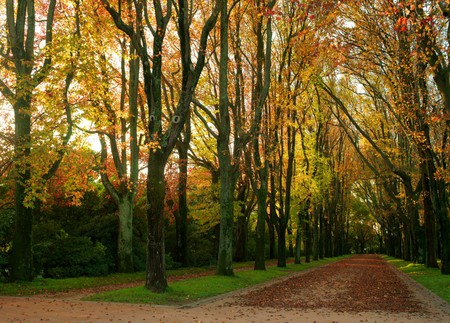 If you’re ever in Porto, check the museum’s schedule for dance, music, and other performances that may be taking place.

The museum is located on the lusciously green Serralves Estate, in the midst of a park and the villa gardens. Rather than standing out, Siza’s finished product blends into the surrounding landscape, although despite being simple, it is still an eye-popping sight. 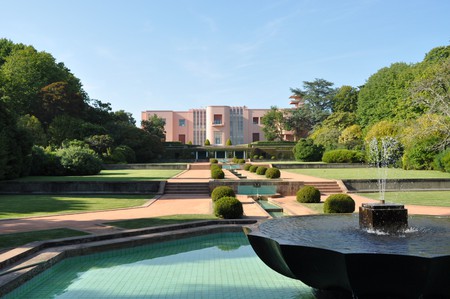 The Estate, which was built in the 1930s, is a bit more grandiose reflecting the Art Deco styles from that time. Situated in the middle of 18 hectares of land, it is surrounded by nature, including woods and a farm. Anyone with an eye for flora may be interested in walking through to see the 200 species of hardwood (including a number of shrubs).

Known as Porto’s cultural paradise, the estate, museum and surrounding landscape make up a landmark that shouldn’t be missed. 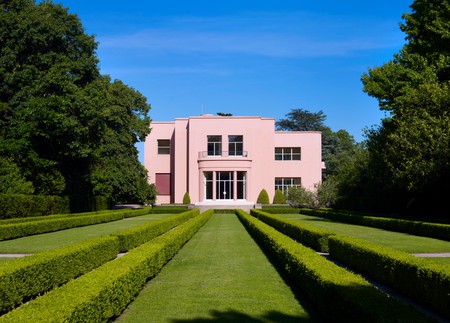