Portugal's Present-day Fado Singers that You Should Know 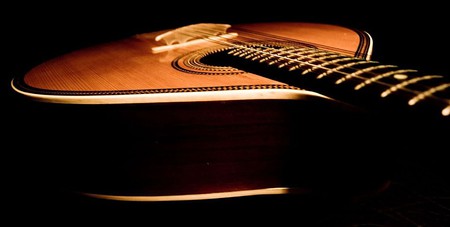 Lisbon isn’t only a city of sights and flavours, it also has a unique sound. Sometimes heart-wrenching and mournful, operatic in the way it pulls emotions from within listeners who don’t speak Portuguese, the sound is fado. Traditionally-speaking, fado consists of a single singer (called a fadista) alongside a Portuguese guitarist or two. The greatest Portuguese fadista of all time was Amália Rodrigues, the ‘Queen of Fado’ – the entire country even went into three days of mourning when she passed away in 1999 – but here are a few current fado singers who have definitely made names for themselves.

One of the most popular present-day fadistas is Ana Moura, born in Santarém Portugal. She has been on the scene for a number of years – her first album Guarda-me a Vida na Mão (Keep My Life in Your Hand) was released in 2003 – but her career really took off in 2007 with the album Para Além da Saudade (Beyond Saudade). Ana Moura’s sound is entrancing and beautiful, capturing the true essence of traditional fado, even catching the attention of international superstars. In 2007, Ana sang alongside The Rolling Stones, while Prince traveled to Lisbon for one of her performances in 2011.

Mariza is another fado superstar, known internationally for her strong personality and musical style. Born in Mozambique, Mariza moved with her family to Lisbon as a small child and grew up singing fado in the Mouraria neighbourhood where fado was born. Her career took off after superstar Amália Rodrigues passed away and Mariza sang at the legendary singer’s tribute event. Mariza’s debut album Fado em Mim (Fado in Me) appeared two years later and the rest is history. She has been called ‘The New Amália’ and has performed at a number of iconic venues including New York’s Carnegie Hall and the Sydney Opera House.

It may seem like most famous fado singers are women but a few men have topped the charts too, Carlos do Carmo being one of them. The son of a fado-singing mother, this musical art form has long been part of his life – one of his first records Carlos do Carmo e Orquestra de Joaquim Luiz Gomes was released in 1963. A couple of his most famous songs include Lisboa Menina e Moça and Canoas do Tejo. Several of Carlos do Carmo’s albums have hit gold and platinum status and his music has broadened the boundaries of the fado culture, adding jazz influences and lyrics from prominent pieces of Portuguese poetry.

Also born and raised in Lisbon, Raquel Tavares is a musician who regularly appears in the capital’s most popular fado houses, as well as performing throughout Europe. She was a winner of the Amália Rodrigues Revelation Prize in 2006 after releasing her first album called Bairro (inspired by her neighborhood, Alfama), and she is one of the most recognised fadistas in the new generation of singers. Among her most famous songs are Meu Amor de Longe and Amor Maior.

Carminho is also making her name within the current generation, a winner of the Amalia prize and a recipient of the Portuguese music Golden Globe in 2013. She began singing in Lisbon during her school years and took a break after college. After globetrotting and participating in humanitarian efforts, she returned to her hometown of Lisbon and continued singing at local fado houses. Carminho’s musical break came with her first album in 2009 called Fado, her success continuing to soar after the release of its 2012 follow-up Alma. Carminho now sings internationally in addition to throughout Portugal.

Most of the singers on this list seemed destined for a life of fado, either singing it from an early age and/or having been raised in a fado-culture. Cristina Branco is not one of those singers. First attracted to folk and jazz, she only became interested in fado after listening to one of Amália Rodrigues’s albums at the age of 18 (Cristina’s grandfather introduced her to Amália’s music). After that, she began singing fado alongside a small close-knit group, blending traditional styles with her own musical interpretation. One of her most popular albums is Corpo Illuminado.

Mísia has had a long and steady career as a fado singer, starting in the early 90s alongside names from the older generation, but with a sound all her own. As someone who speaks multiple languages, she introduced the world to fado in a different way, sometimes singing to people in their native languages (she even sings in Japanese). Mísia has performed many covers and enjoys using lyrics from fado writers and Portuguese poets, in addition to international writers. Her album Garras dos Sentidos introduced the United States to both fado and Portuguese writers, and includes lines from many famous poets including Fernando Pessoa. One of her most famous albums, is Canto, which means ‘I Sing’ in English.

Another male singer from the Lisbon area, Camané was born in coastal Oeiras and has been immersed in this musical scene for some time, his first album Uma Noite de Fados being released in 1995. He was first recognised on a local scale after winning a competition at a major fado music festival called ‘Grande Noite do Fado’ and he became known throughout the country with the release of his fifth album, Como Sempre… Como Dantes. His album Sempre de Mim from 2008 made it to the top ten Portuguese hits, where it remained for over two months.