Meet the 'Most Handsome' Airline Crew in the World 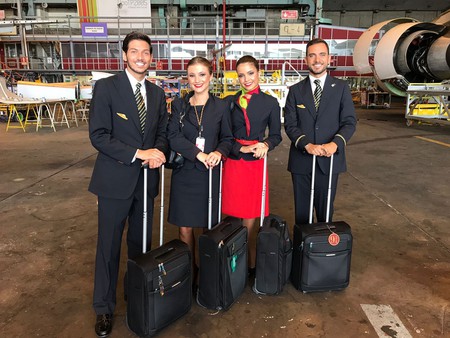 Most of us travel to see stunning sights, but apparently a great view can be enjoyed before landing at your final destination. Tap Air Portugal (or Transportes Aéreos Portugueses) was recently voted by Monocle magazine as having the most handsome airline crew in the world, highlighting both flight attendants and pilots. And though Portugal has become a top travel destination in recent years, TAP’s 82.9% increase in passenger load for 2017 might have received a little help from the airline’s attractive faces.

TAP Portugal is the flag carrier for Portugal. In the midst of the country’s growing reputation as a must-see destination, the airline created the Portugal Stopover program, an initiative that allows passengers on long-haul flights to add a free flight to Lisbon or Porto and explore Portugal for up to five days before returning home. These flights are also available to passengers heading to the Azores and Madeira as their final destinations, two Portuguese hot-spots that have caught the eyes of more than a few “in-the-know wanderlusters”. 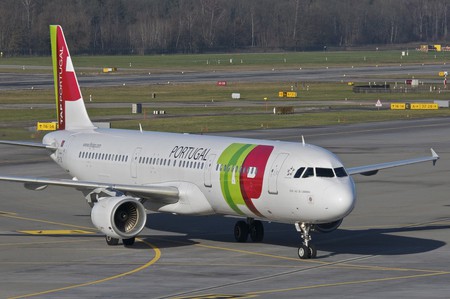 The Portugal Stopover program may seem like an attractive deal, but what makes TAP’s crew turn heads? For one, its members have built an online presence that shows humor, personality, and wit. Their Instagram page highlights the crew enjoying everyday duties and exploring different destinations. The company even rotates “Instagram Managers” by selecting different flight attendants, pilots, and ground personnel at regular intervals (usually a new manager is chosen every month) who take fans on photo-filled journeys online.

In general, the Portuguese have a reputation as friendly and easy-going people, and although TAP’s crew is diverse and international, it seems to accurately represent the company’s home country.

The airline’s planes are also easy on the eyes and long-haul aircrafts have recently had a few makeovers. The beautifully-painted Stopover plane is one of them, covered in iconic symbols from Portuguese culture. The retrojet is another, sporting livery from the past and taking passengers on special journeys through time (the 1970s, to be exact) in addition to predetermined destinations.

Flying on the wings of opportunity, TAP is now showcasing more of Portugal’s cuisine, overlapping with a time when the country’s gastronomy is also receiving worldwide acclaim. Foodies everywhere will certainly appreciate the airline’s attention to in-flight cuisine in business class, as beautifully prepared meals are designed each month by Portuguese Michelin chefs.

Though TAP offers more special services, its crew is drawing the most attention at the moment, and according to Monocle, “who doesn’t enjoy being served by a handsome fella with a nice smile and a twinkle in his eye?” 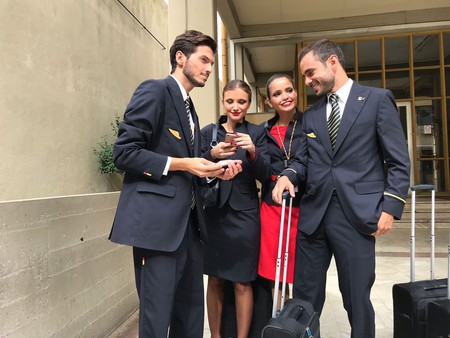 This isn’t the first time that attractive flight crew members have received extra attention. According to the UK’s Daily Mail, working as a pilot can get you a decent following on social media apps like Instagram. Not a bad thing to keep in mind if you’re career-searching, perhaps?