The paintings by Portuguese artist Adriana Molder take inspiration from cinema, performance art, and her own background in stage design. The artist spoke with Culture Trip about what fires her vivid imagination. 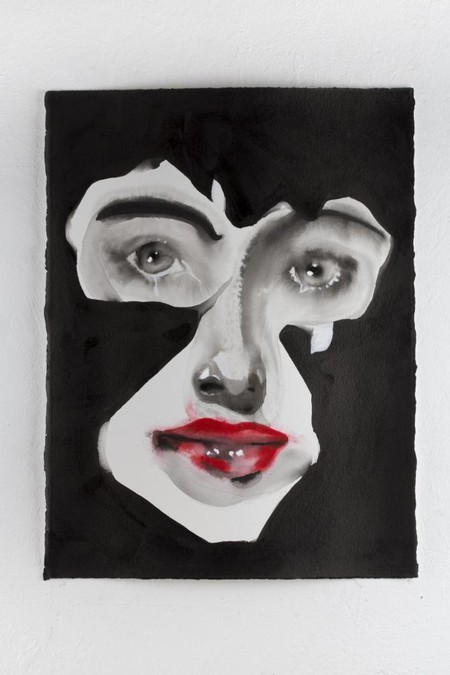 Describe your practice in a few sentences.

You have a longstanding love for drama and film which led you to pursue a degree in stage design before you turned to fine arts. What impact have the dramatic arts had on your fine art practice?

A big one I would say. When I went to study stage design I was very interested in the works of Pina Bausch and Robert Wilson. I was very interested in staged artworks like the paintings of Caravaggio or the photographs of Jeff Wall. I guess my love, fascination and hate for actors comes from that period too. The large-scale works, which is what my hand feels most comfortable with, has a lot to do with the grand scale of the stage. 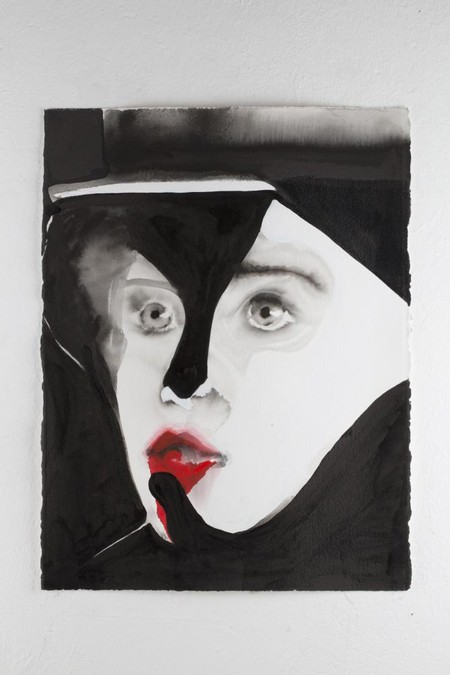 Courtesy of Art Plural Gallery, Adriana Molder, ‘The Hat’ from the series Mystery (2014), ink and acrylic on canvas, 76 x 58 cm

What intrigues you about portraiture?

The same things that intrigue me about people: to know someone and to want to know more. Portraying someone is almost an impossible task, but I find that capturing someone is more likely in painting and in film. I also like that there is such an incredibly strong tradition behind me.

What role does color – or lack thereof – play in your work?

For a long time I wanted to work in black and white, then I began to use red and now there are other colors naturally joining my work. When I think about dreams and memories, what comes to mind is black and white. Even though I still work a lot in black, white and red, in this moment I’m more interested in a different type of composition that deals with the present and with the presence of the subject I paint. The contrast between strong colors and black translates to that more recent desire. 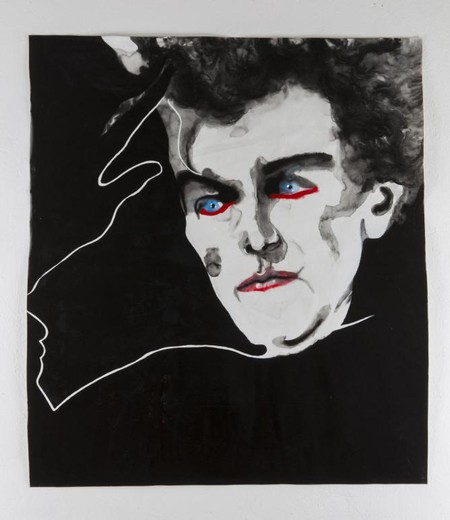 Can you talk about the relationship between your paintings, your videos and your texts?

I really like to write. And I do it mostly after a series is completed. I did some videos before but I’ve stopped because I like cinema too much. One day I would love to direct a film. The videos I did belong to specific series of works and are connected to the practice of drawing or to my fascination with film, faces and photography. 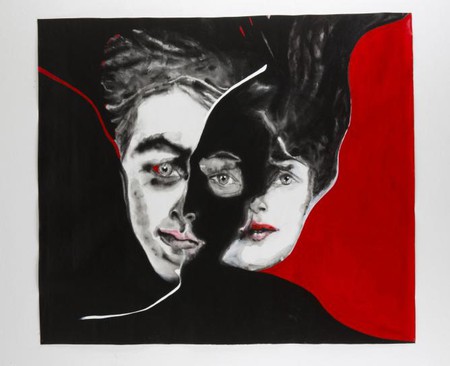 Can you speak a bit more in depth about some of the overarching themes that are addressed throughout your practice?

No matter what idea surrounds the series that I do, I think the theme is always the same in all of them. Can you capture someone? Can you recreate a true likeness in the form of a portrait? 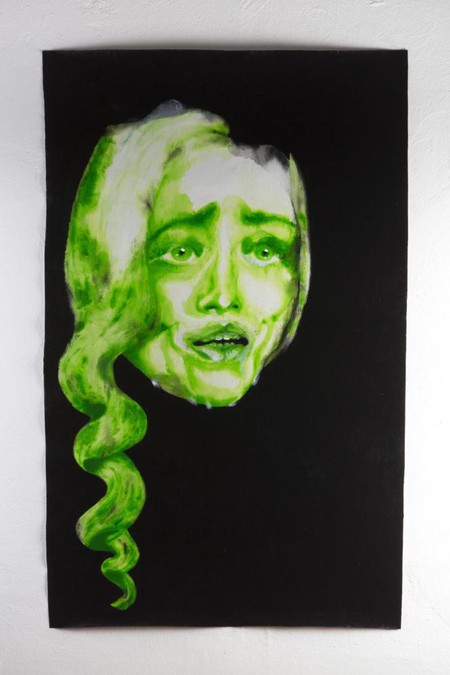 Courtesy of Art Plural Gallery, Adriana Molder, ‘Neon Lady’ from the series The Light in the Heart (2014), acrylic on canvas, 160 x 101 cm
Give us feedback