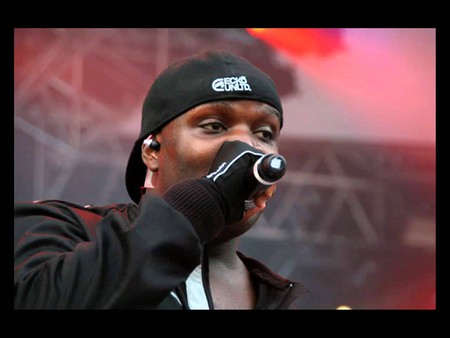 Hip-Hop Tuga is the name of Portugal’s unique brand of rap and hip-hop music that emerged from the country in the 1980s. Read on to discover everything you need to know about the sub-genre, from its humble beginnings to its place in Portuguese music today. In this second installation, we look at the history of Hip-Hop Tuga from the early 2000s to today.

Hip-Hop Tuga reached a new peek at the turn of the millennium. More independent artists started emerging, and none was more notable than the first truly independent artist Sam the Kid. Raised in one of the more infamous neighborhoods of Lisbon known as Chelas, Sam The Kid’s first album Entre(tanto) was released in 1999 and was fully created by the artist himself in his room, which he calls the ‘magic room.’ Sam the Kid was able to establish a name for himself as a great beat maker and a great lyricist. Many people will argue he is the best Portuguese rapper to date, with his 2006 album, Pratica(mente), being the best sample of his quality. He is the author of many anthems that many will sing out loud to. The most well-known one is ‘Poetas de Karaoke,’ a song about the importance of singing in your own language – the language you feel, the language of your thoughts – to create a deeper meaning and sense of passion, as opposed to singing in English to reach more audiences. But other songs of his also made their mark. ‘Não Percebes’ is a favorite among hip-hop fans; ’16/12/95’is a song that gained a lot of notoriety among young people for its appealing plot. In the song, the rapper finds himself having two choices for a day: to go out or to go to a school party. He tells the story of how it would develop if he chose one or the other – with both having poor outcomes – making the song truly about destiny and choice.

In 2006, the same year as Sam The Kid’s release of Pratica(mente), another two projects came out that sent shockwaves through the Portuguese music scene. You could argue that it was Hip-Hop Tuga’s best year, with the release of three defining albums. The growth of the Internet, especially the advent of YouTube which was launched a year earlier, supported the mass diffusion of music of all kinds and drove artists to produce ever greater quality songs. This, more than anything else arguably, helped establish Hip-Hop Tuga as one of the great genres of Portuguese music.

One of the other major projects to emerge in 2006 was Serviço Publico by Valete. A political engaged and left-leaning rapper, Valete is a poignant social critic and observer. His music ranges from denouncing what is incorrect to appealing to the best of humanity in his eyes. Valete made his first mark with a song called ‘Roleta Russa,’ in which he tells a story of a sexual encounter with a girl he likes. Before having sex, Valete says he doesn’t have a condom, and they put their money together to buy one. He gets a condom, returns to the girl and starts having sex, only she stops it, claiming that the condom is hurting and asking him not to use it. Valete refuses and the meeting ends in a bad way. Valete ends the song asking the listener ‘this story is similar to yours except with a different ending, isn’t it Superman? There are millions of people with HIV in the world, and you can be one of them’ – the title of the song, meaning ‘Russian roulette,’ alludes to the way people do not always know their sexual partners’ pasts, and it is very risky not to protect yourself. The appealing power of the song is Valete’s lyrical capacity to vividly describe the girl and the sexual encounter in an enticing enough way that makes the listener question himself ahead of time, wondering if he would have continued without the condom. His message in the end highlights his concern and desire for the best of humanity. However, that song was not the hit single on the album. The single was ‘Anti-Heroi,’ where he fully and openly exposes his political engagement, his political heroes and his activist mission. This is the driving force of a lot of his other songs, in which Valete takes the mantle of the long tradition of (left-wing) protest, which can be traced back to the years of oppression under a fascist regime. Portugal has a great tradition of politically active left-wing folk-style singers such as José Afonso, José Mário Branco and Sergio Godinho.

The third project to emerge in 2006 alongside Velete and Sam The Kid was Halloween’s Projecto Mary Witch. Halloween follows many of the best traditions of the USA’s 90’s hip-hop. On one hand, his beats can be described as Wu-Tang Clan (RZA) beats but replacing the kung fu themes with more Halloween-esque, scary themes. Then Halloween surrounds himself with and features in his songs his crew Youth Kriminals A.K.A Kriminals Familia, in the same way as 2pac and The Outlaws, or Snoop Dogg and the Dogg Pound Gangsters, making his albums entirely his own while utilizing other voices that are not completely outside features. The song he broke out with is called ‘Dread de 16 anos,’ which tells the fictional story of a day in the life of a 16-year-old kid growing up in suburbia without any money. In it, he confronts the conflict between the hopes and desires the young man has for himself and his current situation of hardship and the feeling that he probably won’t achieve much in life. Of the three aforementioned rappers, Halloween is the only one to have released more projects under his own name since 2006 – projects that were immensely successful – the others having only sustained their relevance on the music scene through concerts. Halloween’s 2015 album Hibrido was featured in many ‘Portuguese album of the year’ lists in magazines that don’t usually follow hip-hop very closely. Although he follows a more American tradition of ‘gangster rap,’ he does not glorify the associated lifestyle, instead tending to reveal many of the degrading problems that come with it, including how the lack of money influences people’s lives, choices and ambitions.

What about the decade since 2006? There are many new rappers and a lot of new hip-hop being produced in Portugal today. The last generation paved the way for Portuguese artists to became proud of their hip-hop movement, proud of using the Portuguese language to rhyme. And just like in many places across the world, the Internet and ongoing technological development have made it possible for many people to make their music readily available to anyone wanting to listen. As a result, today there are many active Portuguese hip-hop artists on the national stage. However, a few stand out from the rest and are great examples of the different styles of rappers that are active today.

One such artist is Regula, a rapper whose earliest published work dates back to 2002. He has been active since then, with only a few committed fans knowing his earlier songs, as most people got to know him through his 2007 and 2009 mixtape series Kara Davis and Kara Davis Vol.2 Lisa Chu. And he has gained even greater widespread recognition since the release of his latest albums Gancho (2013) and Casca Grossa (2015). From those albums, two tracks went on to become massive internet and night-club hits: ‘Casanova’ and ‘Memo a Veres’ featuring blaya. Regula represents a type of rapper that has been active for a long time but is constantly reinventing himself and trying (in this case successfully) to take advantage of the new found popularity of hip-hop.

The other type of rapper is the new school rapper, younger rappers gradually building a name for themselves through various projects, representing fresh new voices on the ever-growing Hip-Hop Tuga scene. Capicua, a Porto-based rapper, is building her own following and adding a voice to Hip-Hop Tuga that wasn’t there yet: a woman’s voice. She is a talented MC, following in the footsteps of a Jean Grae or Lauryn Hill, and has a personal way of flowing that works well. Her best-known songs are ‘Maria Capaz,’ ‘Vayorken’ and ‘Sereia Louca.’

Another tendency has been for ‘super groups’ to emerge, bringing together various artists who may have previously worked independently. One such super group is Orelha Negra, a project that combines the voice and talent of many artists who had made a name for themselves previously. The project includes many singles that have gained great recognition and popularity on the local hip-hop scene, the most notable of which is probably ‘Solteiro,’which features artists Sam the Kid, Regula and Heber & Roulet.