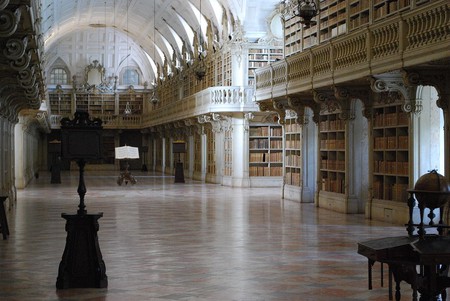 Portugal’s romantic Baroque libraries house a wealth of knowledge, irreplaceable antiques, and bats. Yes, you read that correctly – a couple of Portugal’s more important libraries are home to colonies of small, dark, furry bats and it looks like that’s not changing anytime soon. In fact, the bats have become steadfast and treasured part of the libraries’ “workforces”.

Both built in the 1700s, the Portuguese Mafra Palace Library and the Joanina Library at Coimbra University are two historically and architecturally significant landmarks that double as treasure troves of a wealth of information. Among their tens of thousands of books are some truly rare copies like the first edition of Os Lusíadas (often described as Portugal’s equivalent of The Illiad and The Odyssey), the Nuremberg Chronicles, and more printed works dating before the 16th century. 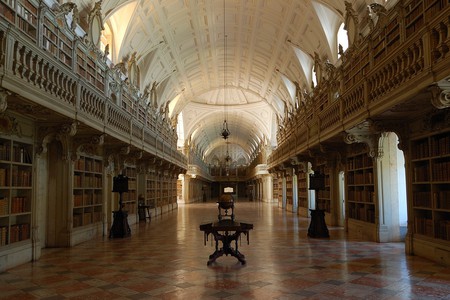 Keeping these books safe is, of course, a major priority, (sometimes costing as much as €5000) and preservation is where the bats come in. Although no one is exactly certain when bats began inhabiting the libraries, it’s believed that their presence is as old as the libraries themselves. 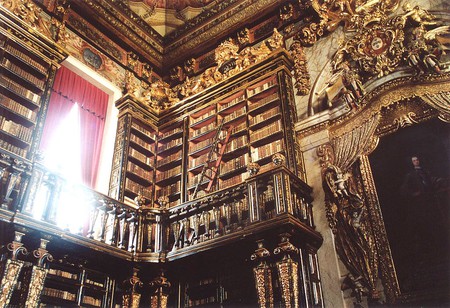 What puts books at risk of damage? The usual suspects are light, humidity, and temperature, but less recognized influences include handling and cleaning. These beautiful Baroque and Neoclassical buildings are vulnerable to crawly intruders too, and one of the insects that likes to feast on the paper in these irreplaceable books is the silverfish. This is where the bats come in. Luckily silverfish and other insects (like beetles) are a major food source of the flying furries, so much so that a bat can eat as many as 500 of these small creepy crawlies in an hour. 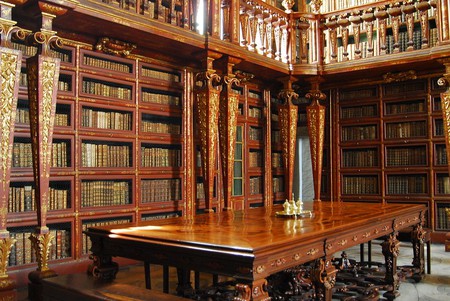 The next time you visit the libraries at the Mafra Palace or Coimbra University, look up to see if you can spot them. They rest during the day above and behind the ancient Baroque bookshelves and come out at night to feed (thus “working”), but sometimes they can be seen flitting about at other times. You may need to squint though because these tiny “employees” are only about an inch long.

Protecting the furniture becomes another priority when housing bats and the antique tables are covered each night. Cleaning crews also make regular morning visits to ensure the floors are clean of droppings. It seems a fair compromise to protect the precious books of these great libraries.