Forget Mainland Portugal, These Are the Portuguese Islands You Should Visit Instead 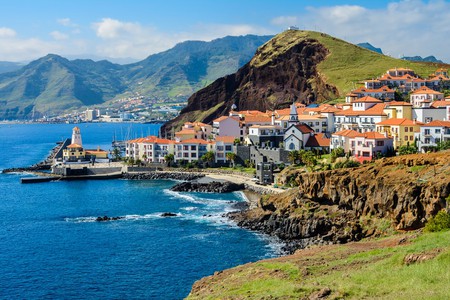 Portugal is no longer Europe’s best-kept secret and wanderlusters from around the world are traveling to its sparkling coasts and dramatic countrysides. On your next trip veer off course and head to one of the islands instead of sticking to the mainland. Not only will you still be able to experience the best of Portugal’s gastronomy, wine, and coastal activities, but you will see traditions and natural landscapes unique to individual islands too.

If you have a habit of sticking around the Algarve but want to change your routine a bit (or want to escape the other tourists), hop on a ferry from Olhão or Faro and take a short ride to the Ilha da Culatra. The beaches are phenomenal and fairly quiet (especially when compared to mainland Algarve) and there is a working fishing village on the island, so expect plenty of delicious seafood straight from the ocean to the restaurant kitchens. The island is divided into three parts, Culatra, Farol and Hângares, and the first two are the only with year-round residents. What is there to do in the Ilha da Culatra other than beaches and eating seafood? Hiking is a top activity (especially since there are no paved roads so you’ll have no other choice) and the coast is an excellent spot for snorkeling. 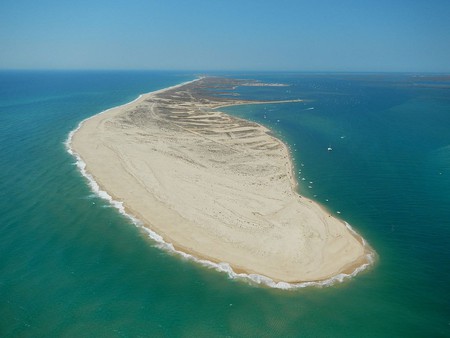 One side of the Ilha da Culatra, aerial view | © João Domingos / Wikimedia Commons

Another island off the coast of the Algarve is Tavira Island, reachable by ferry but also by water taxi. Some locals claim that Tavira Island offers some of the loveliest beaches in the area and nature enthusiasts enjoy the bird-watching opportunities. Like the Isla de Culatra, it is part of the Ria Formosa lagoon system, home to flamingos and a variety of other exotic bird species. Unlike some of the other, quieter, islands in the area, Tavira Island is accustomed to welcoming crowds wanting a bit of “island life” and there are restaurants and bars on site in addition to camping facilities. This is a popular spot for Portuguese families to retreat to in the warmer months, as well as nature lovers. 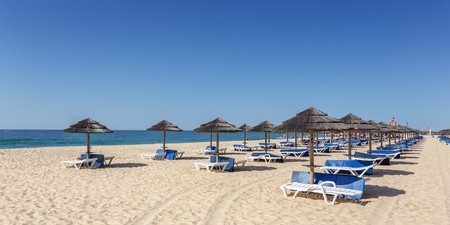 Stunning scenery enhanced by emerald green mountain tops and the deep-blue coast is only the beginning of what awaits in Madeira. Located 600 kilometers off the African coast, the Madeira archipelago makes up Portugal’s southernmost island community, meaning it enjoys some of the best year-round weather when compared to other Portuguese regions. In Madeira, exotic fruits are common such as guava and passion fruit, and locals prepare a variety of traditional dishes that represent Madeira rather than Portugal as a whole. Try bolo do caco, bread cooked on flat basalt stone, or fried scabbard fish with fried bananas for a real regional treat. Hiking is a popular activity in Madeira, many of the paths along levadas (open canal systems originally used to distribute water through the island) and offering amazing views from their peaks.

If you make your way to Madeira and have extra time to explore someplace new, take a short 30-minute plane ride to Porto Santo island. This is an especially good idea if you want some time laying on the sand since Madeira Island’s coast is rather rocky and cliff-rimmed. Porto Santo’s sparkling sandy beaches are expansive, warm, and peaceful. Visitors with an interest in history may also like to visit the house where Christopher Columbus once lived, now a museum.

São Miguel island is the largest in the Azores archipelago and is known as the “Green Island,” hinting at the rolling hillsides and miles of green farmland. It’s pretty safe to say that if people come to the Azores for the first time, it’s to São Miguel island, and why wouldn’t they? Soothing thermal baths are all around the island, as are scenic parks, botanical gardens, beautiful lakes, hiking paths, and the city Ponta Delgada proudly portray traditional infrastructure. In São Miguel, visitors can eat food that has been cooked in the volcanically-active ground and lay on black sandy beaches. Book a dolphin or whale watching tour, spend a day in a traditional fishing village or hit the trails around the Sete Cidades crater. 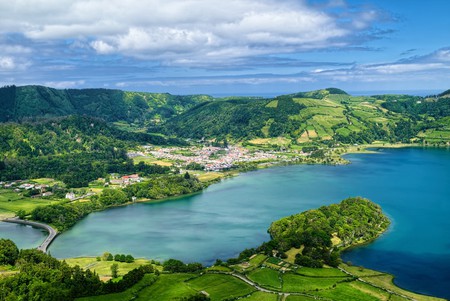 The highest mountain in Portugal is in Pico Island, “pico” meaning “peak” in English, so pull on your hiking boots and head out there if trekking is your thing. Unlike São Miguel, Pico is known as the “Grey Island,” in large part due to the volcanic soil that gives it a distinct appearance. In addition to hiking, wine drinking is a popular thing to do in Pico and the vineyards have been classified on the UNESCO World Heritage List for cultural significance. 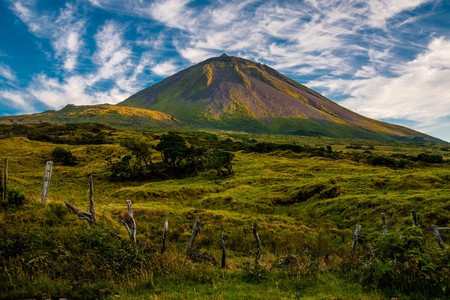 Like São Miguel and Pico, there are a few other islands that are more likely to catch travelers’ attention (like Terceira) and while they are incredible destinations to explore, let us suggest one of the smaller and less visited spots. Cue Flores, one of the two islands in the Azores western group (those furthest from mainland Europe). Canoeing, bird watching, hiking, surfing, and whale watching are just a few of the activities that this small paradise provides and if you like flowers, you will love Flores. The name translates to “flowers” after all, and the island is covered in them. Adventurous travelers may also like to know that it’s one of the best places to go canyoning in the Azores since there are many waterfalls. And do you like amazing natural landmarks? Rocha dos Bordões is a hill-like natural monument composed of verticle basalt rocks.