The Top 10 Contemporary Designers from Portugal

Showcasing a variety of creative processes and specialities, these artists, brands and designers highlight the high level of creativity present in contemporary Portuguese design. Through a combination of tradition, innovation and passion, their works are infused with their own unique personalities, often referencing the designers’ Portuguese origins. This selection represents the top ten contemporary creatives from Portugal. 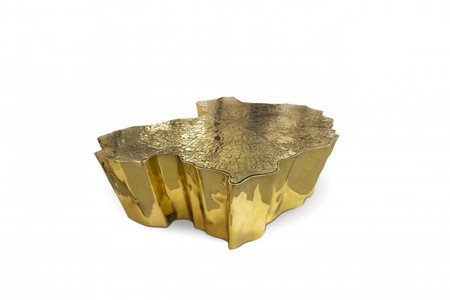 Founded in 2005 by Amândio Pereira and Ricardo Magalhães, Boca do Lobo is an exclusive Portuguese furniture design label. Based in Porto, Portugal, their designs aim to deliver a higher level of excellence in furniture design. At the studio’s heart is a mission to interpret the past through technology and design in order to create emotional experiences, and a sense of belonging. In addition to this, all Boca do Lobo designs are inspired by Portuguese designers. The label’s core values are the creation of designs with unique personalities and a sense of elegance, excellence in the form of quality designs and materials, innovation in both technology and design, and passion. These values are illustrated by projects such as Eden, a collection of tables, which features a gold-plated center table inspired by the myth behind the collection’s name. 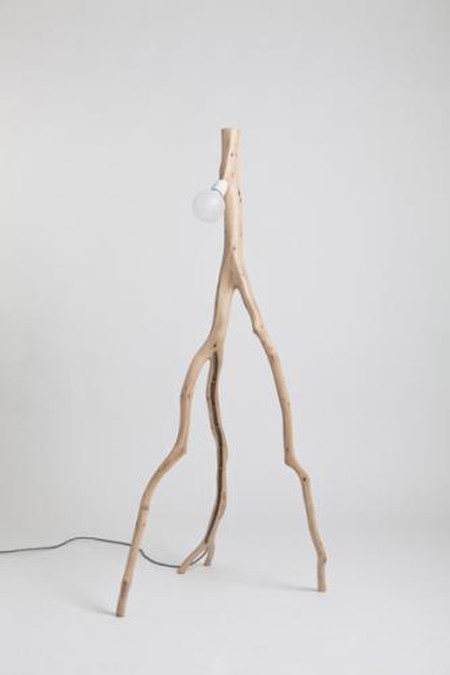 Martinho Pita’s interdisciplinary practice incorporates architecture, product design, photography and art installations. He first studied Architecture and the Arts at Edinburgh College of Art, and now lives in Lisbon working as a freelance architect and artist. Pita’s first foray into the world of product design came in 2011 with Bichos (a word that loosely means ‘creature’ although it has no direct English translation). The collection is formed of glass lamps attached to unique branches from Portuguese Holm (Holly) Oak trees. These branches are intended to have a life cycle, metamorphosing from branch to lamp to firewood. In his design philosophy, Pita states “when we create something it feels as if we establish a relationship with it. In that process, somehow we give it a spirit.”

Internationally exhibited and published designer Fernando Brizio graduated in Product Design from the Faculade de Belas Artes in Lisbon in 1996. He continues to live and work in Lisbon as one of Portugal’s best known product designers. Brizio is known for his ‘slapstick design’ approach illustrated by What you see is not a cabinet (created for Droog), a functional and humorously designed cabinet reduced to its two-dimensional image. Brizio creates products for both manufacture and small-scale handmade production, along with designs for exhibitions and interiors. His works also show an enhanced interest in the design process over functionality as he aims to create works that have a voice of their own: “I don’t make silent objects, objects that don’t talk about you, objects that don’t make you think.” Brizio’s works are collected by MUDE Museu do Design e da Moda in Lisbon. 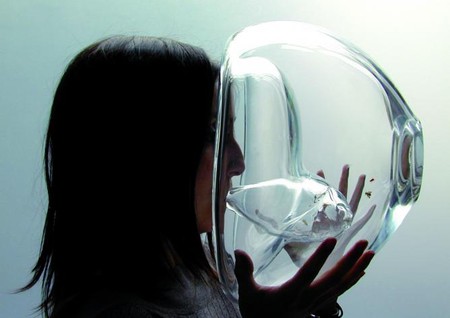 Susana Soares is an Escola Superior de Artes e Design, Portugal and Royal College of Art, London graduate. Her work explores the effect that the current technological re-design of nature could have on design. This fascinating enquiry is combined with an interest in with the interaction between the public and new scientific technologies and practices. Working on collaborative scientific research projects, Soares has been published in numerous scientific and design publications, has exhibited internationally and is collected by MoMA, New York. She is also Senior Lecturer at London Southbank University. Her projects such as BEE’S have explored our understanding of technologically re-designed living systems and questioned how these could generate new frameworks within design practices. In this particular project she asks “what if we could use insects’ extraordinary sense of smell to prevent and diagnose illnesses?” 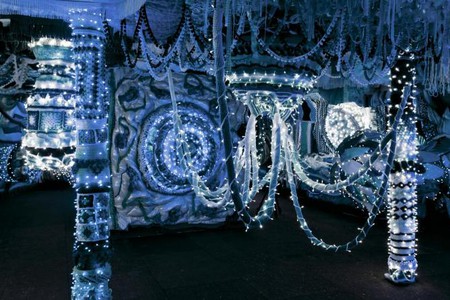 Joana Vasconcelos is a well-known contemporary artist who studied at Ar.Co in Lisbon and has exhibited regularly since the mid 1990s. She gained international recognition for her first participation in the 51st International Art Exhibition (Venice Biennale) in 2005 and recently completed a project for the Pavillion of Portugal at the 55th Venice Biennale (2013), where she presented an old Portuguese ferry with a quilted exterior and complex interior decoration. Her designs have starred in multiple solo and group exhibitions, and are featured in both private and public collections in Portugal, Spain, Italy and the USA. Vasconcelos’ creative process is based on the appropriation of pre-existing forms, and the analysis of mainstream values, customs and habits. Her sculptural designs and installations such as Marilyn (AP) (2011) interpret these concepts through the use of monumentality, whilst other works feature a strong use of colour and pattern.

Cork composites manufacturer Amorim, among many other business ventures, produces commercial products that use Portuguese cork and are designed for everyday use. Their use of the 100% natural, reusable and recyclable material shows an innovative approach to design and material application. Collaborating with Portuguese designers and studios such as Filipe Alarcão, Amorim designs combine cork with other traditional Portuguese materials such as earthenware, making use of both traditional and innovative production techniques. As the global industry leader for cork production, Amorim has shown a commitment to sustainability and material integrity. Amorim’s design collections such as Alma Gêmea (Soul Mate) designed by Francisco Vieira Martins and Raquel Castro, alongside applications in transport, industry and construction, aim to reinvent how cork is presented and engaged with not only in the design industry, but throughout the world. 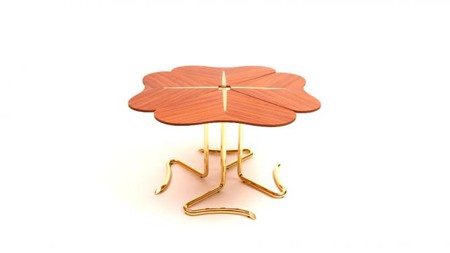 Joana Santos Barbosa (JSB) is the founder and creative director of INSIDHERLAND (2012). She graduated from the University of Oporto in 2006 in Architecture before going on to study Interior Design at Central St Martin’s, London. It was her passion for detail and architecture that drove her to create a range of exclusive furniture. Her main inspirations are culture, memory, tradition and the natural world. INSIDHERLAND designs incorporate high technology with traditional craft expertise and are all created by Portuguese master craftsmen. Drawing from her own personal experiences, Joana Santos Barbosa’s mission is to tell stories through art pieces that also have a function. In Her Beyond Memory Collection, which includes the piece ‘Four…For Luck’ is inspired by a combination of personal memories, myths and legends. When designing works such as these, she states that she “draws memories to create what [she has] never seen.” 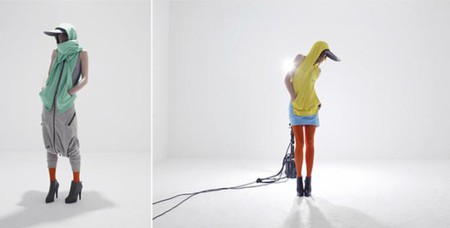 Now living and working in Paris, Portuguese fashion designer Felipe Oliveira Baptista trained in London at Kingston University, graduating in 2001 and going on to work for several international fashion houses including MaxMara and Cerruti. Baptista founded his own label in 2003 after he won the prestigious Hyères International Fashion and Photography Festival award and the Andam/LVMH Fashion Awards. This achievement earned him not only recognition in the fashion industry but the financial backing he needed to start his own label. By 2005, he had made his first appearance at Haute Couture Paris Fashion Week and at Ready to Wear Paris Fashion Week in 2009. In addition to his own label, Baptista was appointed Creative Director of Lacoste, although he has also worked on collaborative projects including a collection of fashion sportswear for Nike. 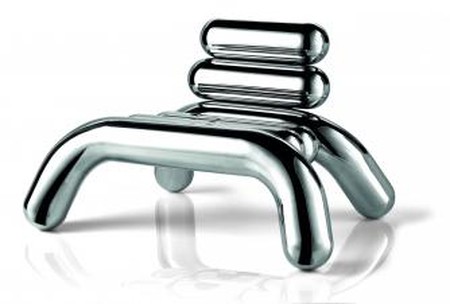 Franco-Portuguese designer Toni Grilo has been living and working in Lisbon since 2001 whilst he continues to develop projects in France following his graduation from the prestigious École Supérieure Boulle, Paris. He works across several areas of design including furniture, lighting, interiors and industrial design. Grilo imagines his designs as functional pieces of art, and his sleek creations, often unusual in their choice of material, shape and production processes are original and highly sought after. Grilo is inspired by traditional iconographies and forms, with designs such as Macaron Stool showing a whimsical side to his design practice. Grilo’s inventive combination of engineering, design and artistic flair has also led him to work closely with large design brands such as Riluc for whom he designed the Bibendium and Vinco Collections. 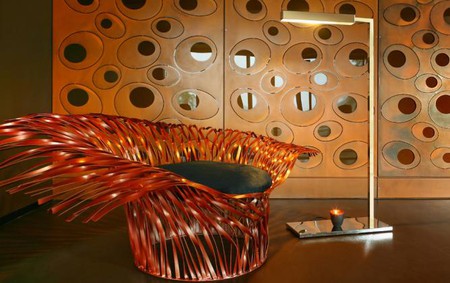 Internationally renowned interior designer Nini Andrade Silva often references her Portuguese origins in designs through her use of colour and materials. She created her first company, Esboço, in 1991 before going on to found Atelier Nini Andrade Silva in 2000 in order to focus on architectural and interior design projects. Her projects for Design Hotels’ The Vine Hotel won several awards at the European Hotel Design Awards and the Atelier was also announced as one of the winners at the Europe and Africa Property Awards for her designs for Hotel Teatro (2010). Nini Andrade Silva is also the creative mind behind Design Hotels’ Fontana Park. She believes that “it’s not what you see, but how you feel that makes a space feel special.” This is a sentiment that she incorporates into all her design work, with a strong focus on colour theory stemming from her background in painting.