Cliff Diving in the Azores Looks as Spectacular as You'd Expect 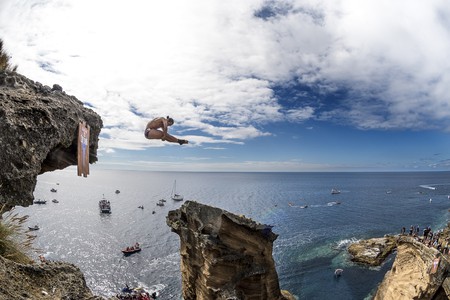 Incredible images were captured from the Red Bull Cliff Diving series, where Colombian Orlando Duque triumphed for the first time since the men’s 2013 series. Surrounded by an incredible backdrop, divers produced their very best and the results were, understandably, outstanding.

This leg, the second in a six part series, was held on the island of São Miguel, in the Portuguese archipelago of the Azores. The island’s natural volcanic rock has created formations that lend themselves perfectly to cliff diving – athletes are able to dive straight from the cliffs themselves, with the assistance of an additional platform that juts out over the edge.

Adriana Jiménez picked up first prize in the women’s event and the competition will continue throughout the summer and autumn, heading to Polignano a Mare in Italy next, on 23rd July.

After his win, Duque said of the event: ‘There are no secrets here. You have to prepare the dives, you can’t just make miracles happen. When it comes to the TV cameras, I kind of zone out from them and the people down in the water. I look at the person in charge and I go to the end of the platform. I am doing my thing.’

‘The weather was really good this weekend which helped. I was pouring water over me before the dive, because it was so hot. Hardly any wind. Hardly any swell. It was just completely flat and crystal clear. Beautiful. Taking the cold and wind we had in Ireland out of the dive means you can focus better.’ 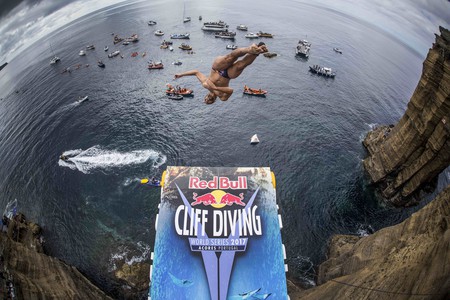 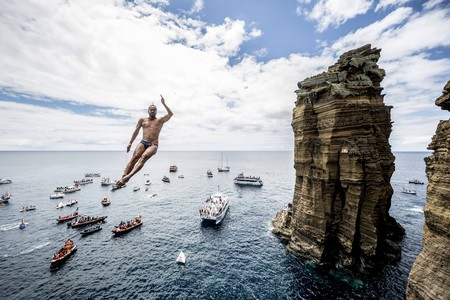 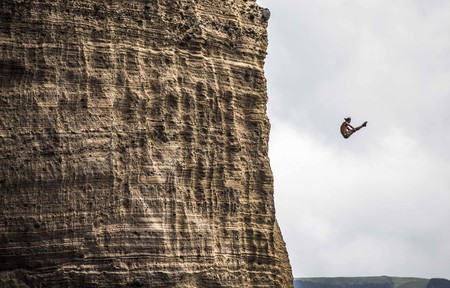 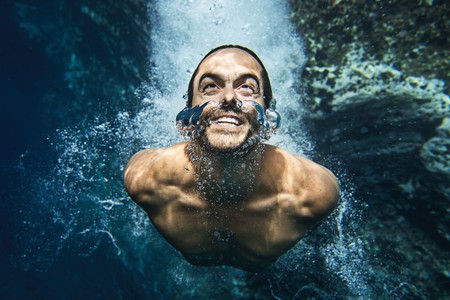