Behind the Scenes of Tremor: the World's Weirdest Music Festival 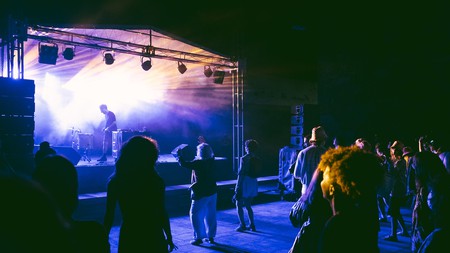 Secret gigs in hidden locations and stages set up beside thermal springs and volcanic lakes make tickets to Tremor festival in the Azores a musical must-have.

Have you ever wanted to see a grown man blow down a glass tube into a bowl of water to make whale noises? Or walk through a lush Azorean forest via abandoned water mills to uncover a saxophonist floating on a raft? If the answer to these questions is “hell, yes” then Tremor festival might just be the musical mothership calling you home.

The event, which takes place every year in secret locations around São Miguel island in the Azores, has reached near mythical status among music-lovers for its shrouded-in-secrecy approach and strictly limited release of tickets. Luckily, we managed to get an access-all-areas backstage pass to the world’s weirdest music festival and have returned – slightly tired, a little bit hungover – with everything you need to know.

Think avant-garde, heavily experimental electronica with a pinch of punk, and you’re close to tuning into what Tremor’s all about. The festival started in 2014, when Azorean islander Luís Banrezes, owner of the only record store in São Miguel, called up three pals on the Portuguese mainland, two of them from the Lovers & Lollypops label, and suggested staging a festival around the capital Ponta Delgada in venues from stores to schools. 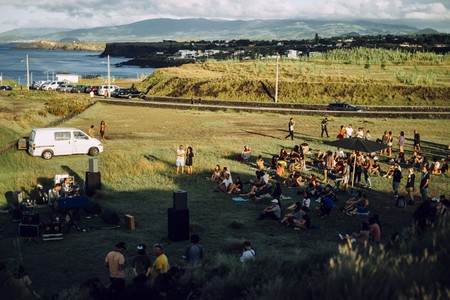 Over the years, it’s morphed into something that happens not just in the city, but also in the volcanic hinterland beyond, hence the name: Tremor. Only 1,000 tickets are released each year, summoning a feverish sell-a-kidney-like scramble among music-lovers to snag themselves a spot at this cornerstone cultural event, which presents more like a musical treasure trail than a traditional festival, with hush-hush gig locations revealed only as the festival unfolds.

The short answer is São Miguel – aka Ilha Verde or ‘The Green Island’ – which is indeed, very, very green, thanks to fertile volcanic soil, a subtropical climate and frequent slakes of Atlantic rain. More specifically, it happens on the main hub of a nine-island chain that makes up the mid-Atlantic archipelago of the Azores, collectively known as the Hawaii of Europe, thanks to their dramatic scenery and bounty of natural wonders. 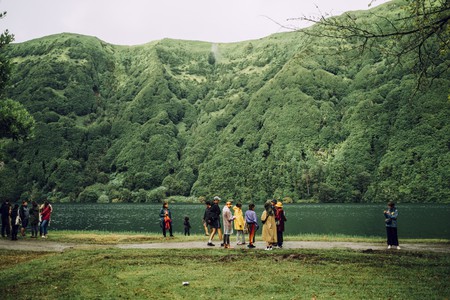 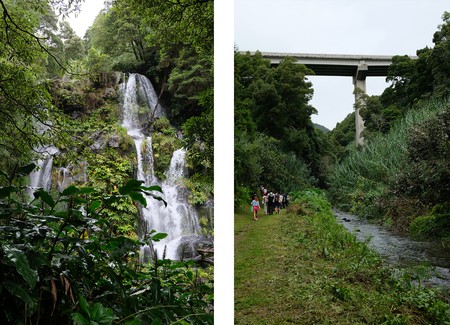 The longer answer to where Tremor takes place is (cue dramatic voice): the great unknown. If you’re someone who’s a stickler for a stringently planned itinerary, this festival probably isn’t for you. It thrives on subverting expectations and celebrates spontaneity and surprise in all forms. So leave your laminated spreadsheet at home there buddy and get ready to go with the flow.

What can I expect?

You guessed it: expect the unexpected. The festival’s secret concerts concept, known as Tremor na Estufa, has seen events staged in Ferraria’s geothermal baths, in Ponta Delgada’s airport hangar, in pineapple greenhouses and the Fábrica Gorreana tea factory. One year, festival goers were even transported by plane to neighbouring Santa Maria island, so keep that passport handy, people. 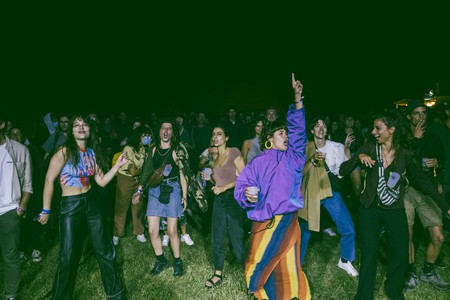 Our personal favourites included a gig that took place on a cliff overlooking the cone-shaped volcanic islet of Vila Franca do Campo, one hidden amid a row of insalubrious Ford and Mazda car garages, and another in a 19th-century liquor distillery turned architecturally arresting arts centre called Arquipélago, sculpted from inky-black volcanic stone. We also made a scenic detour to the twin crater lakes of Sete Cidades, which is where the co-founders of Tremor came up with the idea for today’s iteration of the festival – naturally, over a few beers.

When we visited, the early part of the festival was heavily skewed towards envelope-pushing electronica. A lot of concerts were sit down, beard-stroking affairs. So, it’s very much not the cover-yourself-in-glitter, roll-around-in-a-field-for-five-days type of event that makes up the mainstay of most festivals in Europe and America. That said, Tremor is not most festivals.

The latter two days did build to a more traditional big-stage set up with food trucks and bars, headlined by a roster of more varied acts, from Conferência Inferno, with its post-punk sound and Ian Curtis-like frontman, to four-piece noise band Solar Corona and nostalgia act Lena d’Água – Portugal’s answer to Kate Bush. 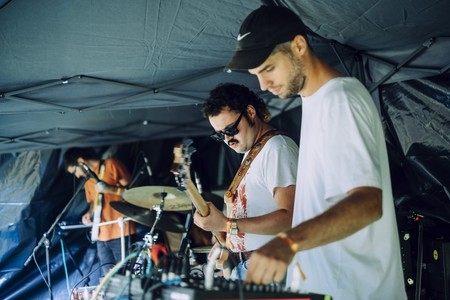 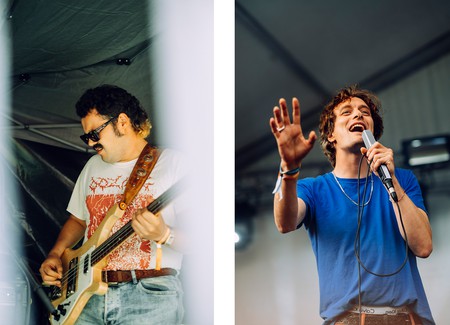 The line-up is predominantly made up of Portuguese acts and Azorean bands, though there were notable performances from French-hailing, Eastern-influenced electronic duo Ko Shin Moon and ray-of-sunshine Danish giant ​​Casper Clausen, who floated off the stage and into the crowd with his long-haired, barefooted Sixties vibe.

Don’t miss the Todo o Terreno series of soundtracked hikes, which typically take place during the day, where you listen to music on walks that weave in live performances as you wander through some of São Miguel’s most scenic spots. 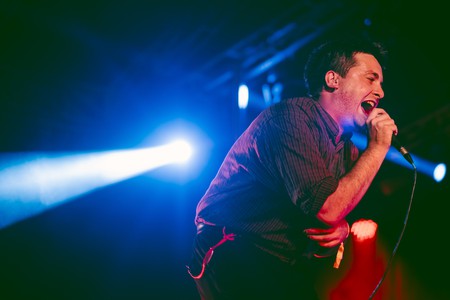 Black, black and more black. Essentially, imagine you’re an off-duty musician with a thrown-together look of distressed t-shirts, drainpipe jeans and Converse kicks and you’ll have nailed the dress code. The whole surprise element means DMs are also a good go-to for footwear that’s ready to stomp through path-free forests and botanical gardens in search of the latest set. Also, some gigs are bring-your-own-booze affairs, so pop to the shop and load up a backpack before setting off each day. 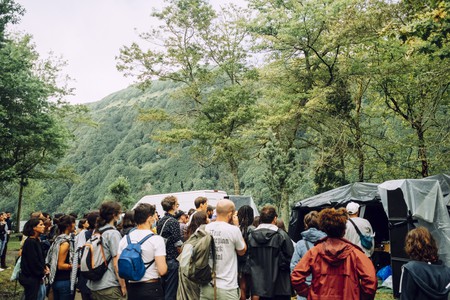 Then, there’s the climate. When in deepest, darkest Patagonia, we’ve often heard it said that you can get four seasons in one day. In the Azores, it’s four seasons in one hour. Though it’s rarely cold, to quote James Taylor: “you’ll see fire, and you’ll see rain, you’ll see sunny days that you thought would never end.” So come prepped with lots of layers, a swimming costume and towel at the ready. Only in Iceland have we seen a population more ready to strip off and throw themselves into the nearest thermal pool. People of the Azores, we salute you.

Be part of Tremor Festival and book your hotel stay with Culture Trip.