Remotely situated in the middle of the Atlantic Ocean, the Azorean islands are a treasure trove of exotic landscapes and raw, rugged nature. Aside from migrants and their relatives, continental residents from Portugal, and a few in-the-know wanderlusters, this lush archipelago remains largely unexplored. Read on to learn more about the nine islands of the Azores.

Most visitors head to São Miguel Island, the largest and easiest to reach by air—the airport in Ponta Delgada receives the greatest number of direct flights from Portugal, Europe, the UK, the USA, and Canada. A smaller number head directly to Terceira and Faial. There is also plenty to do to keep ambitious travelers busy for an entire vacation. This green oasis is covered in rolling hills and speckled with waterfalls, lakes, and hot water springs. The black sand beaches that surround it add hints to the volcanic nature of the region, as do the geysers in the city of Furnas where traditional pork and vegetable stew, known as cozido, is cooked underground. Also, don’t miss the kissing lakes known as Sete Cidades; one is blue and the other is green, which adds to the area’s photo opportunities.

Terceira is the third largest island of the group geographically but the second largest in terms of population. The capital, Angra do Heroísmo, is a UNESCO World Heritage Site. It was once a trade center during the Age of Discoveries and today it is covered in beautifully-constructed buildings within the historic center. The island’s capital is also a good place to sign up for a whale watching trip. In the center of the island, the Algar do Carvão attracts brave adventurists who don’t mind going in a cave with a volcanic origin. For beaches, head to Praia da Vitória, one of the island’s most popular spots for swimmers and sunbathers. In Terceira, keep an eye out for bulls; the island partakes in “running of bulls” during the June Santos Populares festivals. A sneak peak at the lovely architecture in Angra do Heroísmo. | © David Stanley / Flickr

Pico’s major standout feature is its mountain of the same name (meaning “peak”); it reaches 2,351 meters and is the highest in all of Portugal. While visiting, also try a wine tour or have a picnic in the botanical garden Parque Florestal de Sao Joao.

Must do: Hike Mount Pico 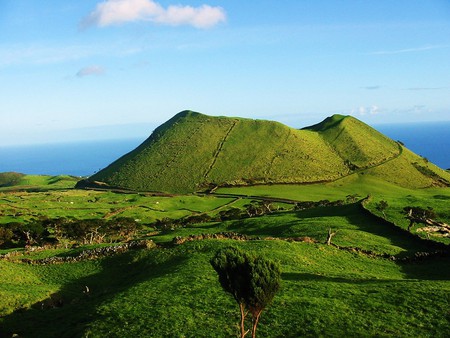 Faial’s Varadouro natural swimming pools may be the best spot for a swim. While all of the Azores are fantastic for marine activities, Faial is the nautical center; the University of the Azores department of oceanography is located on the island. Faial is also home to one of the most popular craters, Caldeira, which is surrounded by blue hydrangea flowers. Fly directly into Faial through the Horta airport or take a ferry (Pico is the closest neighbor). Speaking of Horta, the picturesque town hosts a festival every year in August that celebrates the oceans called Semana do Mar.

Must visit: Monte da Guia for the views 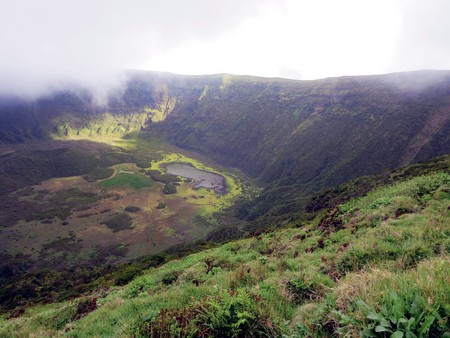 Flores and Corvo make up the western-most islands. Ferry rides travel regularly between the two. In Flores, canyoning (jumping into fast-flowing water, like a waterfall) is very popular and there are ample opportunities for first-timers to partake in the sport. Corvo is the smallest of all the islands with one small town called Vila do Corvo. For the beach, head to Portinho da Areia. Otherwise, simply take in the natural beauty of this island, which has been named a UNESCO World Biosphere Reserve.

Must do: Canyoning; Visit the Corvo Cultural and Environmental Interpretation Centre Marine activities and fantastic hiking routes await in São Jorge. It is also the home to one of Portugal’s favorite foods, the Queijo São Jorge, a spicy, semi-hard yellow cheese that can be found throughout the Azores and continental Portugal. Visit Fajã do Ouvidor for tidal pools or hike along the paths to a nearby miradouro (lookout point). Fajã da Caldeira de Santo Cristo is an excellent spot for surfing. 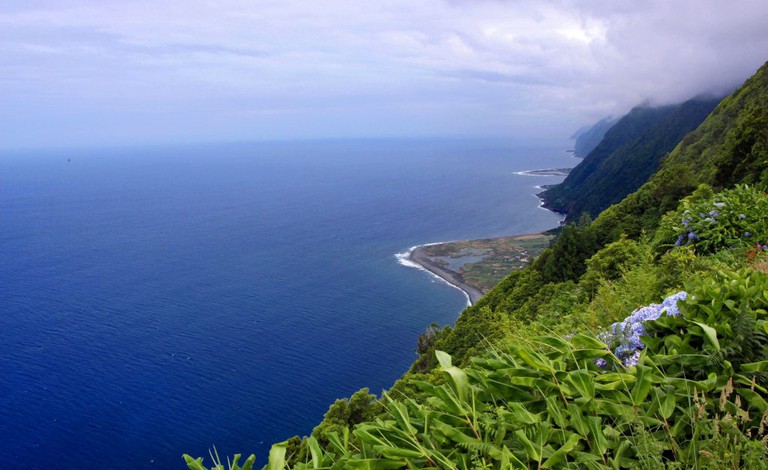 Graciosa, also known as the White Island, contains many different bright hues–from the purple-dotted vineyards, to green expanses, and deep blue waters. There are smaller islands also belonging to Graciosa, like Baleia Islet which is named for its whale shape. In Santa Cruz da Graciosa, its one municipality, the cobbled streets and traditional infrastructure stand out against the surrounding green paradise.

Must do: Wine tasting; Walk through Santa Cruz da Graciosa This southernmost island offers the unique white-sand beach of Praia Formosa (while the other islands mostly feature dark sands). It is also the warmest of the islands. Surrounded by caves and cozy islets, it’s an excellent spot to visit for activities like paragliding, swimming, and windsurfing. If visiting in August, keep an eye out for the Festival da Maré de Agosto (or the August Sea Festival). 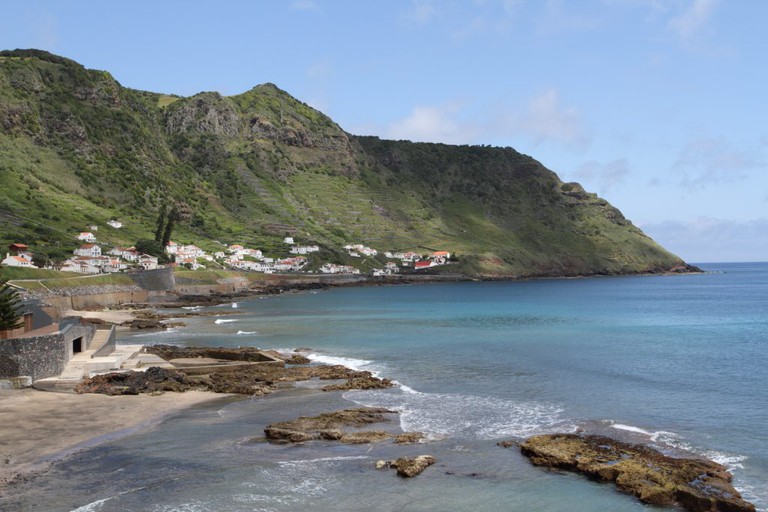