How an Abandoned Barracks Near Lisbon Became an Unlikely Tourist Hotspot 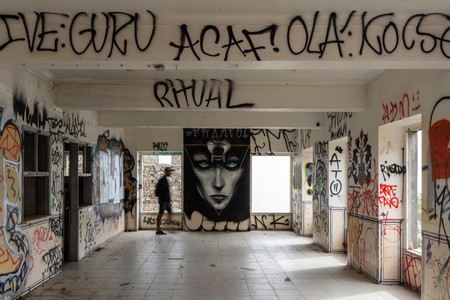 In peace-loving Portugal, a desolate military base is drawing a stream of adventurous visitors.

It’s an uncharacteristically chilly, damp day in October, and a handful of sharply dressed young Lisboetas (Lisbon locals) are shivering under low-lying clouds at a deserted army barracks on a remote hillside 40 kilometres (25 miles) south of the famously sunny Portuguese capital.

Camera-clutching visitors are making brisk clothing changes in the autumnal air, slipping into their most photogenic threads to pose inside, astride and beside three enormous Vickers cannons poised to take aim over the Atlantic. 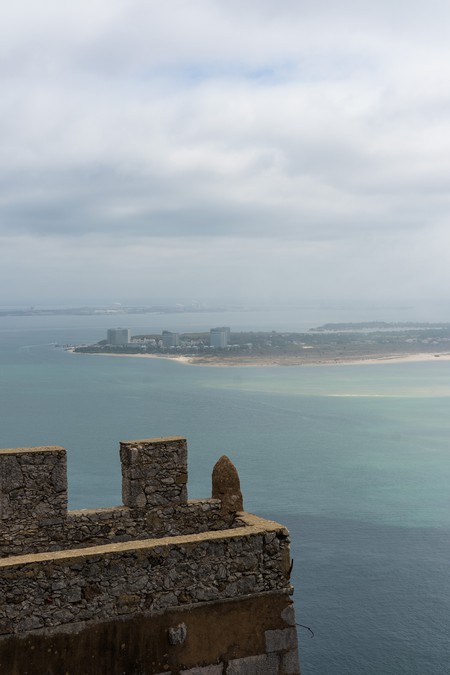 Nearby, others pose precariously in the empty windows of fortified buildings whose whitewashed walls have become a canvas for street artists.

Perched on a rugged cliffside in the middle of the vast Arrábida Natural Park – a wild expanse of pine-covered mountains harbouring some of Portugal’s most beautiful unspoilt beaches – this is the long-abandoned barracks of the 7 Bateria de Outão (7th Battalion). 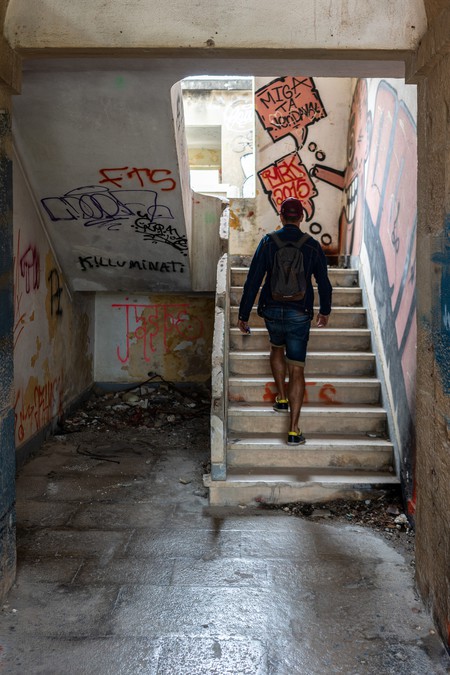 This sprawling complex of buildings once formed part of the Regimento de Artilharia de Costa (RAC): eight coastal military bases in Lisbon and the nearby port city of Setúbal. Inaugurated in the immediate aftermath of World War II, the RAC aimed to protect Portugal’s seaports and prevent a possible naval invasion.

When the military technology became outdated, and the threat of invasion became remote, the RAC was deactivated in 1998, and the last armed guards left this site in 2001. 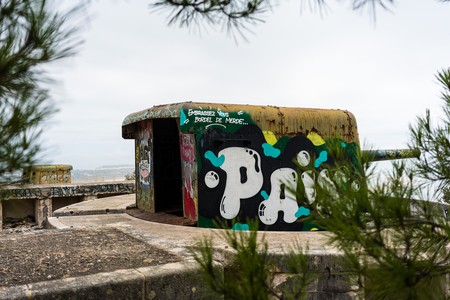 Portugal is currently ranked as the fourth most peaceful country in the world by the World Peace Index, behind only Iceland, Austria and New Zealand. The nation remained neutral during WWII and managed to stage a bloodless coup against a fascist dictatorship in the Carnation Revolution of 1974. These ferocious-looking defences were never put to the test.

The romantic appeal of abandoned places

Today, the deserted officers’ quarters, underground bunkers and workshops sit in varying states of degradation. Heavy armaments stand firm nearby, while the tanks sit empty and rusting. The heavy concrete letters that once spelt out the name of the battalion lie upended on the ground. 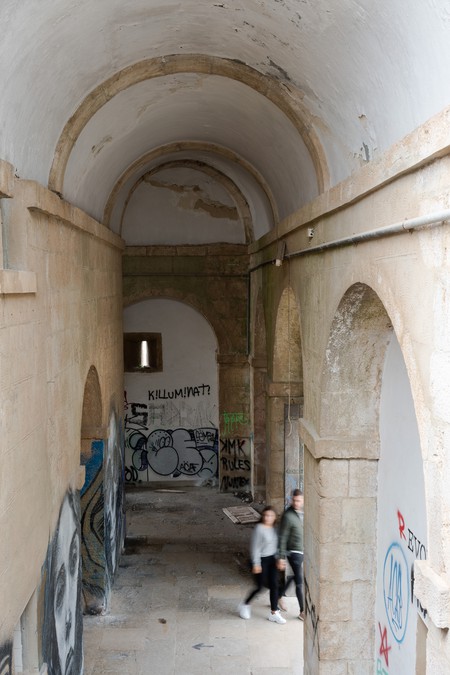 Daniel Coelho runs off-the-beaten-track jeep, bike and sidecar trips with Bike my side. “Having grown up near Arrábida Mountain, this place was a source of fascination to me as a child, passing it in my parents’ car on the way to the beaches and seeing the military guarding the entrance,” he says. “Even today, when I walk in with customers for a visit, the child in me returns. You can spend hours inside discovering hidden corners or simply admiring the incredible views over the Atlantic. As a bonus, many urban artists took the stronghold by storm and made it their canvas with incredible graffiti.”

On a clear day, the barracks’ location allows visitors to pose against a backdrop of white-sand beaches and water in varying shades of turquoise, with views encompassing the nearby industrial port town of Setúbal and out towards the Alentejo Region. In gloomier weather, the mist-swathed compound of turreted buildings feels unnervingly like the setting for a horror film. 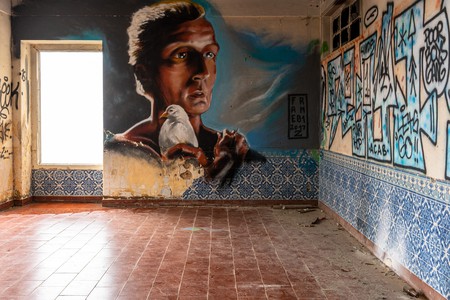 “When I first came here, I would be the only visitor,” says photographer and historian Rafael Oliveira, who has been visiting since 2014. “But in the last year or so, word has spread on Instagram about this fascinating place with the beautiful backdrop of beaches and nature. Each time I visit, it is busier and, unfortunately, more vandalised.”

As one of Europe’s oldest cities, Lisbon has famously seen many an adventurous traveller set sail in search of new lands and opportunities. The same rings true today, with many people from the area stepping out of their comfort zone and exploring the areas around them. 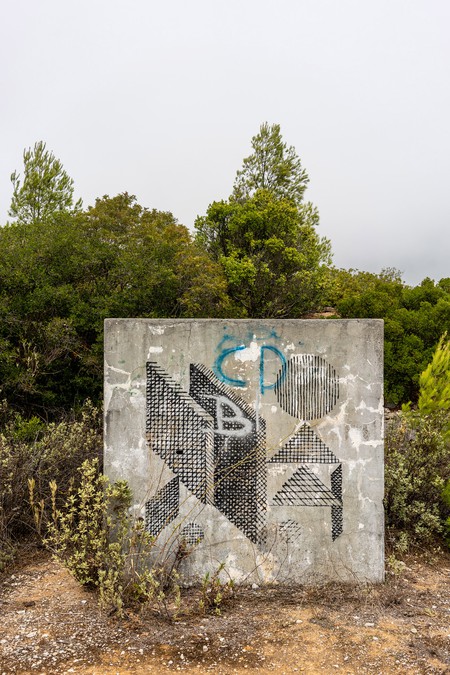 Lisbon’s relationship with its neglected sites

Although the city’s economy has been boosted by an enormous tourism boom in recent years (in itself partly driven by Lisbon’s status as one of Europe’s most peaceful capital cities), years of financial struggle are evident in the many abandoned buildings. While many are neglected, others become officially recognised attractions. One example is the Miradouro Panorâmico de Monsanto, a formally abandoned restaurant in the middle of Lisbon’s Monsanto Forest Park. It attracted hordes of illicit visitors keen to snap photos in the deserted locale, before being officially opened to the public and hosting major events, such as the Festival Iminente, an urban art festival. 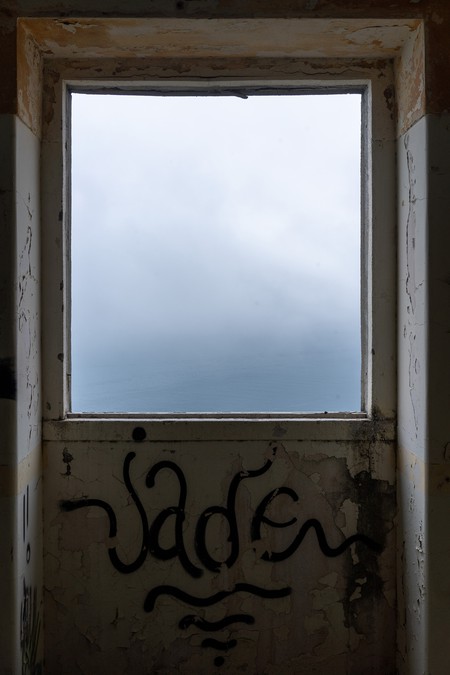 For some, the barracks bring back childhood memories | © Markel Redondo / Culture Trip

At present, there are no plans for the 7th Battalion to undergo similar treatment. And for Rafael Oliveira, that’s just fine. “Although the regions of Setúbal and Lisbon are densely populated, there are still places like this that offer surprises,” he says. “These are places abandoned by man and given over to the passage of time and that are both close and remote at the same time. And if there is a background of blue sky and blue sea, better still.”

The 7 Bataria de Outão is about an hour from Lisbon, but due to its remote location, it is difficult to access by public transport. Hikers can reach the base via rugged trails, but a guide is essential. It is possible to visit by car, but the easiest option for out-of-towners is to take a jeep or bike tour. 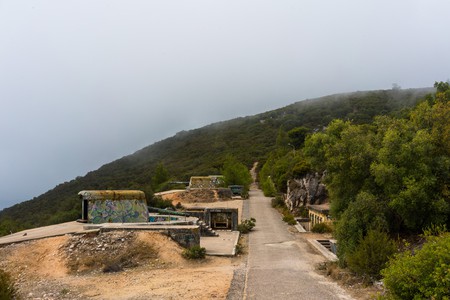