A Tour of the Algarve’s Stunning Architectural Landmarks 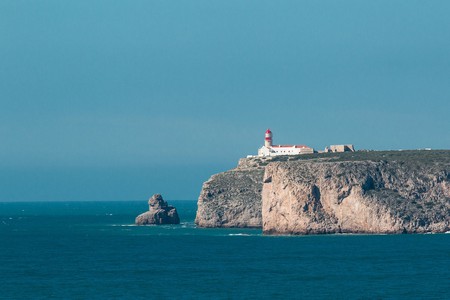 The Algarve is Portugal’s smallest region, which is best-known for miles of beaches, dramatic cliffsides, cozy coastal cafés and bars, and high-end resorts. There is plenty to see and do, and while nature already provides some of the most stunning landmarks, the Algarve’s inhabitants also contributed over time with splendid monuments, museums, centuries-old castles, and eye-catching squares. From the west to the east, here is a breakdown of some of the Algarve’s most stunning architectural landmarks.

The Algarve of today is speckled with whitewashed homes, brightly-painted buildings, ornate decorations, and stunningly modern resorts. In the more popular cities, new neighborhoods are popping up with minimalistic-designed contemporary homes painted in simple, neutral tones and brightened with large windows.

Most of the Algarve that’s visited by tourists is modern, but there is a traditional side to the region as well, especially inland. Despite the disaster of the Great Earthquake of 1755, which ruined much of the historical architecture, a few ancient structures can still be found from the Algarve’s past, including Roman and Islamic infrastructure. There are also those curious relics that are discovered during excavation projects, such as the ancient Islamic bathhouses in Loulé, believed to date back to the time when the Moors occupied Portugal and Spain.

One of the most unique ancient landmarks is the Silves Castle (Castelo de Silves), located northeast of Portimão. Its popularity is mostly due to the red hue that comes from the sandstone used to build the castle and which is common to the area, and the majestic views over the village. It is uncertain when the castle was built, possibly dating back as far as the 700s, and the construction was influenced over time by the castle’s many occupants, including both Roman and Moorish leaders. The 12th century Silves Cathedral, also known as Sé Cathedral, was also partially built using the red sandstone, and is considered one of the most dramatic and beautiful churches in the Algarve. 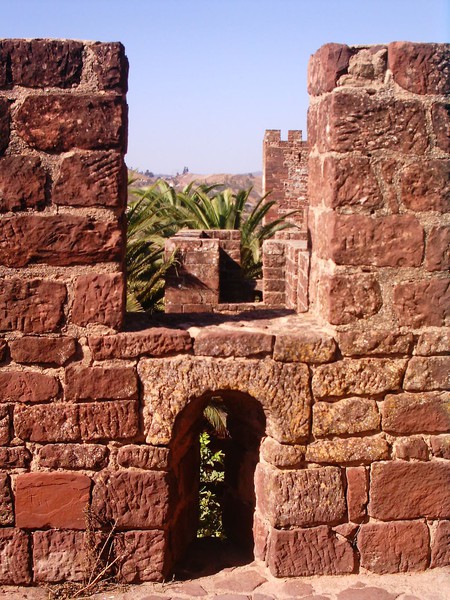 The red sandstone in Silves makes some of its landmarks, like the castle, extra unique. | © Lusitana / Wikimedia Commons

Speaking of churches, São Lourenço Church in Almancil is a must-see for anyone who appreciates jaw-dropping interiors and azulejo tile art. Built in the 18th century, it depicts an impressive display of Baroque art and architecture, in addition to Portugal’s favorite tile décor. 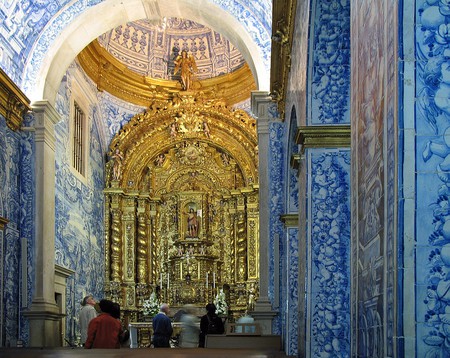 The inside of the São Lourenço Church is a stunning surprise covered in blue and white azulejos. | © Marc Ryckaert / Wikimedia Commons

Travel a little further south of Almancil to Faro, and the region’s capital will reward visitors with a beautiful city center, known as Cidade Velha (the Old City) – a history- and architecture-lovers playground. Surrounded by buildings from the 1700s and earlier, it showcases both the Portuguese and Moorish influences that alternated throughout the country’s history. The city square called Largo da Sé, the old archways that lead into the Cidade Velha, and the cathedral inside the city square all reflect various architectural styles from Gothic to Renaissance and Baroque. 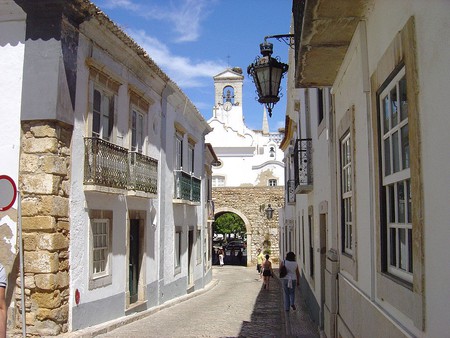 East of Faro, Olhão is home to a striking-red fish market. Inside, the market has offered the locals and tourists plenty of fresh fish and seafood over the years. 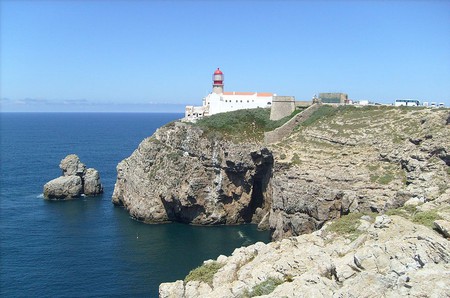 The Cabo de São Vicente is one of the most iconic images of the Algarve. | © Felix König / Wikimedia Commons

On the opposite coast, not far from the border with Spain, the town of Tavira attracts visitors for its charming personality and beautiful buildings. Among them is the Igreja da Misericórdia, with features (primarily in the entrance and interior) dating from the Renaissance era.

Of course, there is plenty more where these buildings came from, including traditional homes characteristic of Algarve’s culture with açoteia terraces (in place of typical roofs) and Moorish chimneys.