A Literature of Disquiet: The Best Portuguese Writers 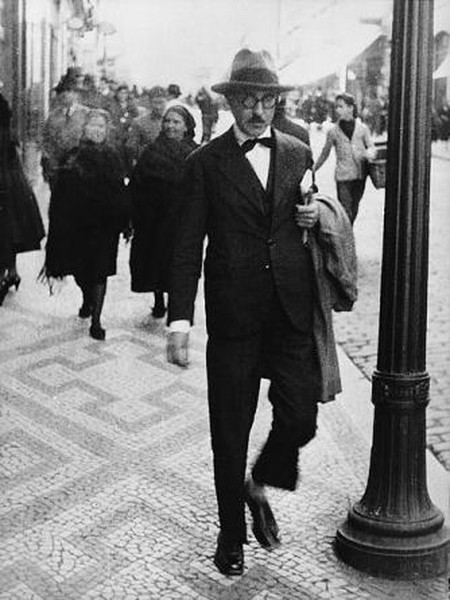 A true renaissance man of the written word, publishing accomplished prose, verse and also working as a translator and philosopher while pursuing multiple literary endeavors, Fernando Pessoa showed creative brilliance from a young age. Pessoa’s literary career began at just 16 years old with multiple publications of short prose. His formal education led him to study diplomacy in Lisbon, a discipline he quickly abandoned after leaving university with an uncompleted degree. Following the creation of his publication house ‘Emprez Ibis’ (using funds he inherited from his grandmother) Pessoa began his career as a literary critic, quickly becoming a highly regarded critical presence in Lisbon’s academic and literary communities. He was responsible for promoting modernism in Portugal and fostering the work of many Portuguese writers.

Spiritual experiences, including time spent as a medium, led to Pessoa’s own personal experimentation with automatic writing, a form of an unrestricted and free flowing language recorded in a stream of conscious articulation. One of Pessoa’s greatest works, published in 1934 was Mensagem (Message), which was influenced by various French and English masters including Shakespeare, Coleridge, Baudelaire and Mallarmé, and is now considered a ‘symbolist epic’. Pessoa was famous for creating heteronyms or alter egos, and writing and publishing work by these fictional writers. It is thought that he had around 80 different guises under which he wrote and published both poetry and prose. He would often go so far as to create fictional biographies for these writers although they were all refractions of his own tormented consciousness. His most famous heteronym was Bernardo Soares under which name he wrote The Book of Disquiet, a fragmentary prose poem which Pessoa would describe as a ‘factless autobiography’ and which was only compiled and published after his death. A despairing vision of existence, The Book of Disquiet remains a harrowing classic and Pessoa is now regarded as one of Portugal’s prized literary voices. 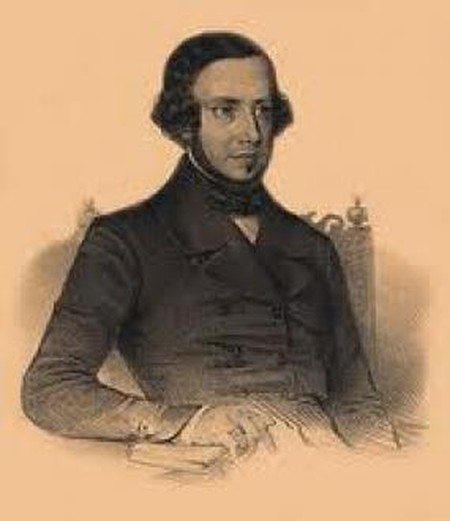 Almeida Garrett was a politician who embraced literature, art and philosophy. Considered the father of Portuguese romanticism, his legacy is still felt in Western literature. Garrett’s childhood and adolescence were spent immersed in revolution and the military turmoil plaguing his native Portugal during the early 19th century. These experiences greatly influenced Garrett as he began writing patriotic verse for the country in which he lived and loved. Two of Garrett’s most notable poems, Hymno Constitucional and Hymno Patriótico, which he wrote and dispersed throughout Porto, ultimately led to his exile to England where he meticulously studied the works of Shakespeare and discovered Gothic influences that would shape his canon for the duration of his career. Garrett spent a brief period of time in France where he wrote two of his greatest works, the poems Camões and Dona Branca. These works also served as the beginnings of Portuguese romanticism. Upon returning to his native Portugal, Garrett began his involvement in Portuguese theater, as both a patron of performing arts and writing two stage plays. 1843 saw the publication of Garrett’s collection of native folklore, Romanceiro e Cancioneiro Geral. Garrett continued his experiments with genre with the 1850 novel of historical fiction, O Arco de Sant’Ana II. Garrett’s final, and arguably most accomplished text, was 1853’s poetry collection Folhas Caídas. 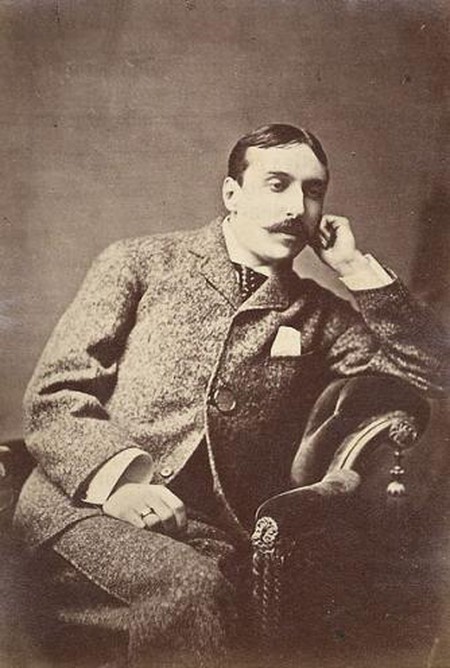 An inspired realist whose brilliant depictions of then contemporary Portuguese life rejected romantic notions of exaggeration and caricature, José Maria de Eça de Queiroz is among the true greats of 19th century literature including Dickens, Chekhov, Tolstoy and Flaubert. The works of this celebrated novelist have been translated worldwide to international acclaim. His staunchly realist approach to narrative and deeply critical view of both Catholic and Protestant theological teaching define his canon. O Mistério da Estrada de Sintra, published in 1870 was inspired by the author’s travels to Egypt in order to witness the Suez Canal’s opening. But it was the author’s debut realist work, O Crime do Padre Amaro, published in 1875, which made his name. This controversial but critically acclaimed work tells the story of a young priest whose intense sexual preoccupations and subsequent frustrations lead to an exploration of temptation and sin in the wake of betrayal. Perhaps his most notable and critically celebrated novel is Os Maias, a novel of great historical and political weight amidst the 19th century decline of the Portuguese monarchy. The novel depicts the lives of Carlos da Maia and his best friend João da Ega, young socialites and their wealthy families living during the social and political decay that affected Portugal during the late 1800s. 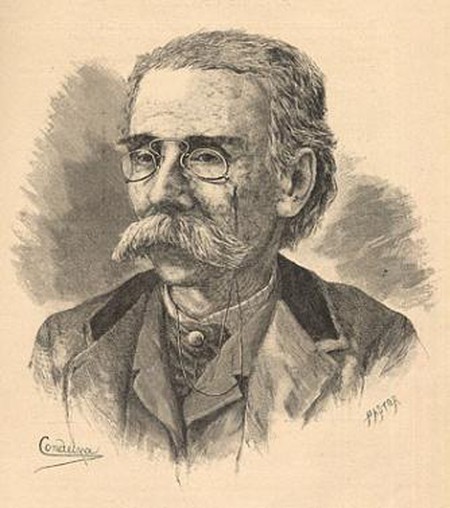 Eça de Queiros’s contemporary and perpetual rival, Branco was one of Portugal’s most prolific and widely respected writers. With just under 600 books and published documents to his name, it may come as a surprise that none of his works are available in English. His literary career spanned several movements as he progressed from Gothic tales to an impressive combination of romanticism and realism, and, finally, a great deal of non-fiction writing. What he retained throughout his literary oeuvre, however, is his highly stylized and individual grasp on the Portuguese language; in a manner similar to the French author Joris-Karl Huysmans, Branco used a mix of highly elaborate and vernacular vocabulary, demonstrating a profound understanding of the Portuguese people, from all walks of life. His personal life was also marked by a mix of highs and lows. As a result of an unhappy string of affairs, declining health and the inability to write that went with it, Branco committed suicide by shooting himself with a revolver.

A devoted disciple of Breton‘s works of surrealism, Alexandre O’Neill found himself at the forefront of Lisbon’s own modern surrealist movement alongside fellow writers, Jose-Augusto Franca and Mario Cesariny de Vasconcelos. Applying the political concept of revolution in his articulation of verse (in the form of concrete poetry), O’Neill was a revolutionary of his own. His often mischievous humor masked underlying themes of political rebellion in his native Portugal whilst also engaging with the manipulation of language, challenging its limits and distorting the boundaries of rhetoric. O’Neill adamantly dismissed romantic notions of philosophy and was a strict believer in the logic and order of Earth and its nature. O’Neill’s relationship with his country seems one of true extremes. A large portion of his canon speaks out against the country’s political system of government and what he perceives as the nation’s submissive psyche. O’Neill’s cornerstone poems Portugal, Lament of the Man Who Misses Being Blind, and Standing at Fearful Attention stand among Portugal’s most acclaimed poetry, but much of his canon has tragically been lost and misplaced since his death in 1988. 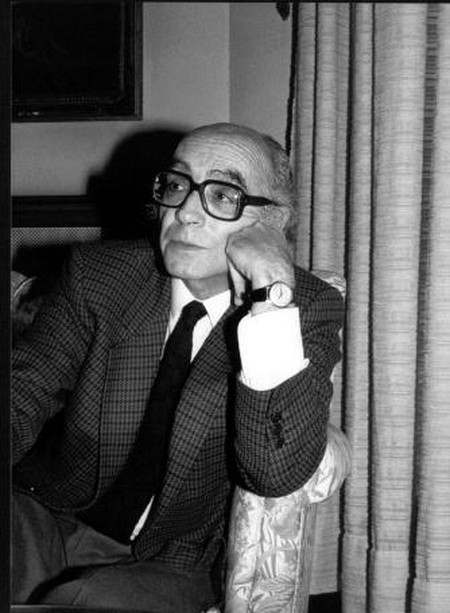 1998’s Nobel Laureate is considered the contemporary voice of Portuguese literature. Admired for his relentless interrogation of human experience in relation to morality and identity, José Saramago’s active support of the anarchist-based idea of ‘libertarian communism’ has not only provided an intricate inspiration for his literary canon of prose, poetry and stage plays, but also labeled him a somewhat controversial figure. Saramago’s work is political and constantly challenges conventional standards of morality and the teachings of organized religion, specifically those of Christianity. Saramago’s nearly thirty published books were preoccupied with the difficulty of human connection and intimacy in the sterility of contemporary life.

1982’s Memorial do Convento (Baltasar and Blimunda) remains one of Saramago’s most renowned novels; a romantic story set to the backdrop of the building and construction of the Convent of Mafra. A masterful display of Saramago’s experimentation and diverse use of language ranging from sparse, declarative descriptions to sprawling and exponentially surreal moments of powerful action, Memorial do Convento’s story of two young lovers remains a Portuguese classic. O Evangelho Segundo Jesus Christos (The Gospel According to Jesus Christ), arguably Saramago’s biggest mainstream success, is a highly controversial novel fictionally crafting in a re-imagined life of Jesus Christ. Saramago’s unrelenting questioning of the basis of Western culture and civilization has made him one of the most vital novelists of the 20th century.