A Guide to Portuguese Sandwiches 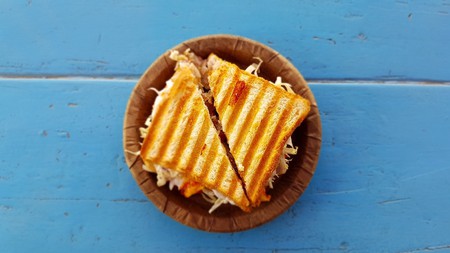 Don’t leave Portugal without trying at least one of these delicious sandwiches, or let this serve as a lunch guide as you snack your way through the country.

Portuguese cuisine is renowned for its fresh ingredients and robust flavor, and even as cities like Lisbon and Porto are making their mark on the world of fine dining, recipes with simple deliveries are still among the favorites. There may be fewer examples better than the nationally-favorite sandwiches. Expect rustic bread, dry-cured meats, aromatic cheeses, and spicy sauces, and that’s just the beginning. 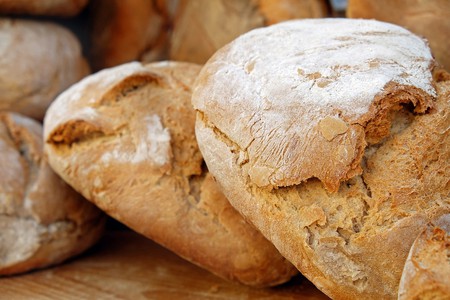 A good rustic bread is the basis of any great sandwich

Simple is often a great way to go, especially when you have quality ingredients, and it’s hard to get simpler than the prego. A thin slice of steak that has been marinated in a garlicky sauce is placed inside a loaf of locally-made bread and voilà, you have the prego no pão. In some parts of Portugal, like Porto, it’s common to see prego no pão especial or “com ovo” on the menu, which means the sandwich includes a fried egg.

Local tip: make sure to ask for a “prego no pão” (com ovo, if you want). Asking for a prego alone might make the waiter think you mean a “prego no prato”, the steak served in a plate with rice, fries, and the egg on top (another fantastic Portuguese dish). 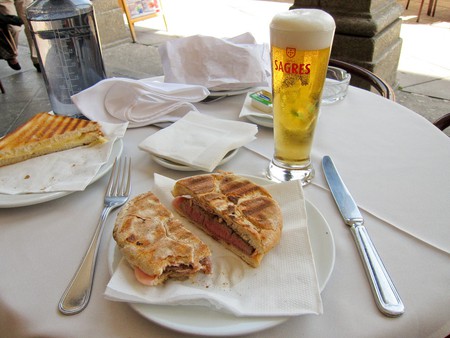 Like the prego, the bifana is a quick, easy, and tasty “fast-food”-style sandwich, only it is made with thin slices of pork inside the local bread instead of steak. The way it is served will depend on where you order it. In Lisbon, it’s common for the marinated pork cutlet sandwich to be a bit on the dry side and served with a bottle of simple yellow mustard. In the northern part of the country, the bifana is a little spicier and the sandwich is drenched in the sauce used to stew the meat. The only thing you need with a bifana is a cold, small draft beer.

Local tips: Here are our choices for the best places to eat bifanas in Lisbon.

Unlike the other sandwiches on this list, the francesinha requires a fork and knife to eat and has been described as a heavier and spicier version of the French Croque-Monsieur. In fact, it is believed that this monster sandwich from Porto may have been designed after the baked French classic. Filled with a medley of meats and topped with cheese, an egg, and a special secret sauce, it is a flavor and calorie bomb that’s too tasty to regret. 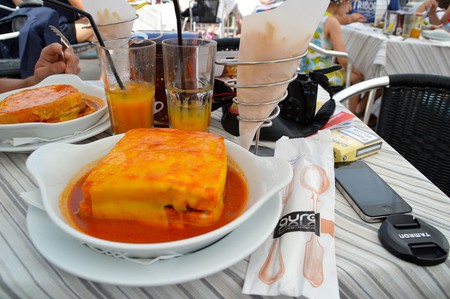 Francesinha without the egg on top | © Manuel Menal / Flickr

The tosta mista, Portugal’s version of a ham and cheese melt, is a popular choice for breakfast after a night of drinking, although it is just as good for lunch with a drink. Each bite offers a mix of one of Portugal’s favorite cheeses, melted, with local ham and toasted bread. Some cafés and pastelarias, where locals like to go for breakfast, will add butter and/or oregano to the bread for a little extra pop of flavor. 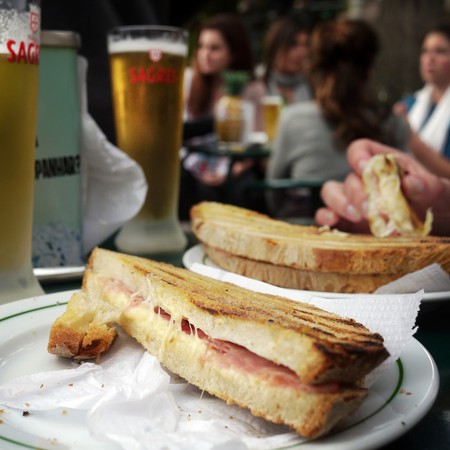 In a world that appreciates the open-faced sandwich, we can’t forget to mention sardinhas assadas com pão. The grilled sardine is one of Portugal’s staple recipes and a Lisbon favorite. During the month of June, Lisbon’s streets are filled with the smokey aroma of sardines, especially during the week of the Santo António Festival, when locals celebrate Lisbon’s patron saint amid music, dancing, and lots of food and drink. Sardinhas assadas com pão are exactly what they sound like: grilled sardines placed on a slice of rustic bread. Locals will usually dig right in and have a technique for eating the fish without needing utensils.

The pernil com queijo is a sandwich that hails from the Serra da Estrela and uses the area’s nationally-famous stinky cheese, queijo da serra, in addition to roasted pork. Juicy meat, creamy cheese, and bread – is there anything better?