A Guide to Portugal's Different Sausages 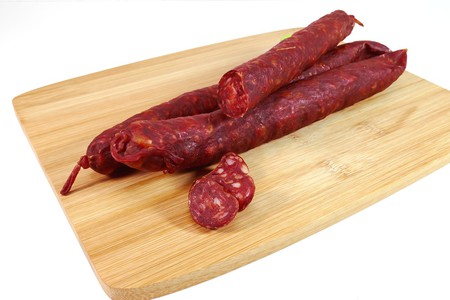 Traditional Portuguese cuisine is a mix of meats, seafood, and vegetables, and includes various styles of sausage. Also called enchidos (‘filled’ in English), they are popular appetizers served in wine bars, restaurants, and cafés, and listed under petiscos, the Portuguese version of Spanish tapas.

Reading a foreign menu can be both exciting and nerve-wracking, even when the restaurant offers a translated version, and sometimes, the food presented is not quite what the diner expects. In Portugal (like other southern European countries), sausages come smoked and dried, and can be eaten as is, boiled, grilled, fried, baked or sauteed. Sometimes, they are part of a recipe and other times they are served by themselves or with accompaniments like french fries and rice. 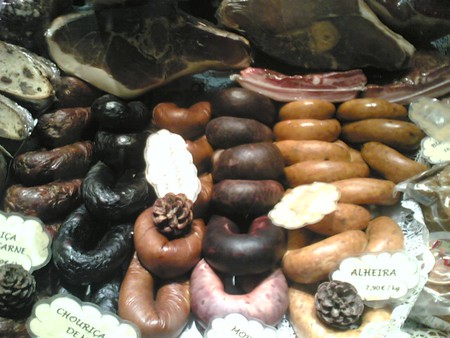 Chouriço is perhaps the most popular Portuguese sausage and is similar to Spanish chorizo. Made with pork meat and flavored with paprika (and sometimes red wine), it is a favorite by itself or when added to caldo verde soup. Chouriço is also a staple at fado houses, where it can be ordered flame grilled. Called chouriço assado the sausage is cooked on top of a clay dish that has been filled with alcohol and then lit. Watching the chouriço cook in the fire can be nearly as entertaining as listening to the music. 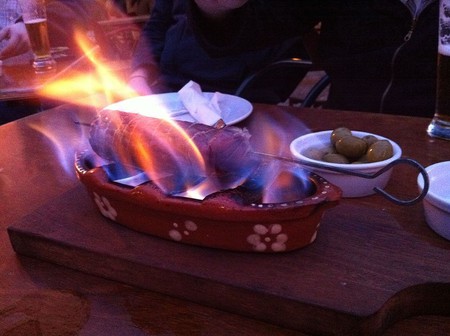 Another sausage that is well known in Portuguese communities around the world is linguiça. It is similar to chouriço but thinner, sometimes spicier, and offers a slightly stronger garlic flavor.

You’ll often see, especially in rural regions, morcela appear on the menu. Closely related to Spanish morcilla, it differs from chouriço and linguiça in two major ways: morcela is black in color and softer in texture, due to ingredients that include pork blood and fat. Rich in both color and flavor, it is a favorite among Portuguese throughout the country and used in many recipes including cozido. Morcela is also called “blood sausage” or “black pudding” in English. 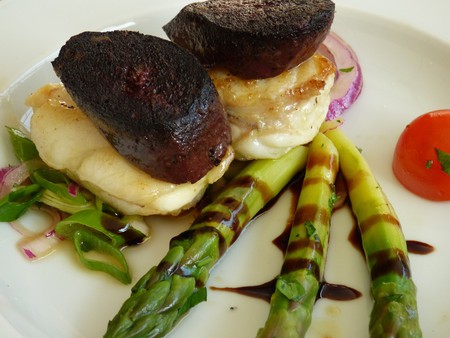 Blood sausage can be used in different recipes. | © Pixabay

The next two traditional favorites look alike and have interesting stories attached to them. They are farinheira and alheira, the first named after the word farinha, meaning flour in English, and the second named after alho meaning garlic. Both recipes were the creation of Portuguese Jews during the 1500s, as a way to protect themselves during the Inquisition. Since most Portuguese sausages contain pork products, and Jewish communities don’t eat pork, they created their own sausages filled with other ingredients. They hoped to deceive the Inquisition into thinking they had converted to Christianity and were, indeed, eating pork. Farinheira is filled with flour and spices while alheira is made with poultry or wild game and dried bread. Both sausages are often served fried and accompanied with french fries, rice, and a fried egg, but they can be boiled and added to a cozido along with morcela as well. Despite their close visual resemblance, they do not taste the same. 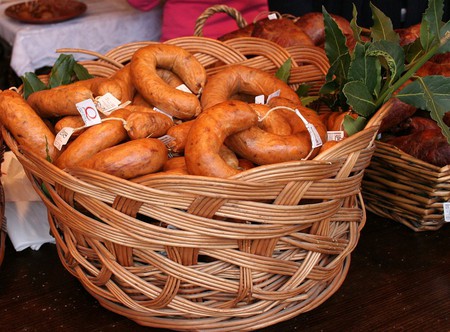 One of the most popular forms of alheira comes from the northeastern region of Portugal in a city called Mirandela – Alheira de Mirandela. Despite hailing from the north, it is sold all over the country and considered a favorite in Lisbon’s traditional restaurants.