A Guide to Ordering Coffee Like a Local in Portugal 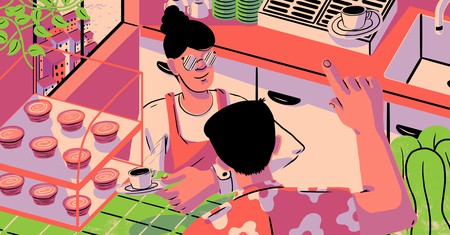 Do you want to fit in with the Portuguese locals? One surefire way to do that is by drinking coffee the way they do in Portugal: no muss, no fuss, and literally all day. Locals begin by drinking their daily java first thing in the morning, and take coffee breaks as often as they can throughout the day; it’s not uncommon to order an espresso after dinner, either. Use this informative guide to help you navigate Portugal’s aromatic world like a pro. 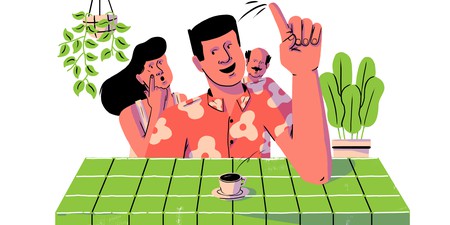 Make your Portuguese friends smile by suggesting a coffee break, but don’t forget that this little question is extra-handy and can be used to suggest going out for drinks in general. “Going out for coffee” is an excuse to sit at a terrace or café and relax, chat, or read a book… you name it.

Café: A shot of black espresso

(Pronounced: cah-fé) Other than first thing in the morning, this is the coffee drink of choice for most Portuguese people, usually ordered after a meal or during a quick break. The espresso glass is left with a little space at the top, so if you want a full espresso cup, ask for a “café cheio” instead.

Bica or cimbalino: Alternative words for café, used in Lisbon and Porto, respectively

(Pronounced: Bee-ka/seem-bah-lee-nu) Using these words will score you extra brownie points in the “look like a local” department.

Café pingado: An espresso with a cool splash of milk on top

(Pingado pronounced: Peeng-ah-do) Don’t worry about tackling the full espresso experience right away. Ease into it with “um café pingado.” 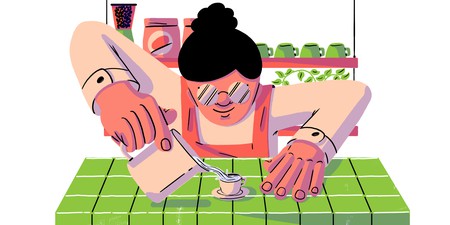 Carioca: Diluted espresso, made using coffee beans that have had water pressed through them once before

(Pronounced: Cah-ree-oka) The carioca is the second café made with the same beans as a regular café.

Galão: A shot of espresso in a tall glass that’s topped up two-thirds of the way with milk

(Pronounced: Gah-lo) The galão is one of the coffee drinks that is generally preferred at breakfast. Be sure to specify “um galão escuro” if you want your drink that little bit darker or stronger.

Meia de leite: Half coffee and half milk

(Pronounced: May-a de late) Have you ever ordered a café con leche in Spain? This is the closest Portuguese equivalent.

(Pronounced: A-bat-a-nah-do) Do you like black coffee, but find those espressos just too dang strong and a tad too small? This is the drink for you!

Want something sweet to go with your coffee? Check out our guide to ordering at a Portuguese pastelaria.