A Guide to Buying Traditional Jewelry in Portugal 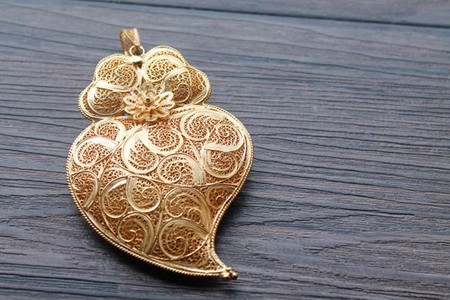 Do you want to buy something truly special while visiting Portugal? Among the most unique, priceless, and breathtaking souvenirs is Portuguese jewelry, especially gold filigree, an intricate design used in necklaces, bracelets, and earrings. Here is your ultimate guide on what to buy and where to find it.

Traditionally, gold was used to create most Portuguese jewelry and until recent decades, as it was the most popular metal—now silver is preferred by many people. Even today, gold pieces less than 18 karats, or 75 percent purity, are rarely sold. Despite the long-standing financial crisis, Portugal has its own pot of gold—well, maybe not literally, but the country ranks high among those with the largest gold reserves worldwide. 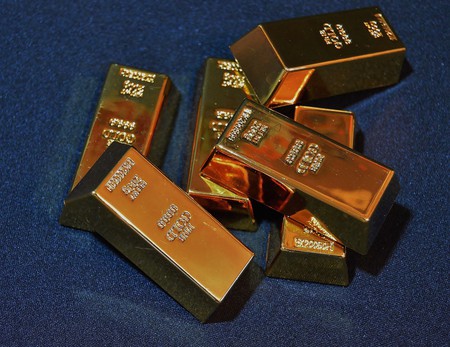 Portugal has among the highest reserves of gold worldwide. | © Pixabay

Of course, these reserves sit deep inside the banking system, but Portugal has another set of gold that’s more accessible; its gold jewelry. Beautiful jewelry stores, called ourivesarias and joalherias, can be found all over the country, but the best bargains are normally made in rural towns and villages. Central and northern Portugal are arguably the best regions to buy attractive gold pieces for an equally appealing price.

Especially popular are the curved hearts, called Viana hearts. Topped with a crown-like shape that represents fire, this design symbolizes the Roman Catholic depiction of “the flaming heart of Jesus.” The symbols grew in popularity in the north and show up in necklaces and earrings worn by traditional folk dancers. They also pop up in various patterns including on tablecloths and other kinds of fabrics.

Plenty of pendants, chains, bracelets, and earrings are made up of finely woven strands of gold and silver in a style called filigree. Although filigree jewelry can be found in many European countries, Portugal is known as one that creates them in greater abundance. It was first introduced by Celtic tribes in the north, around Braga, sometime during the Middle Ages, and the area is still a popular spot to buy this jewelry, in addition to learning more about its history. In fact, just outside of Braga, in a sleepy village called Travassos, is the Museu do Ouro, or Gold Museum, with a current exhibition about filigree jewelry. 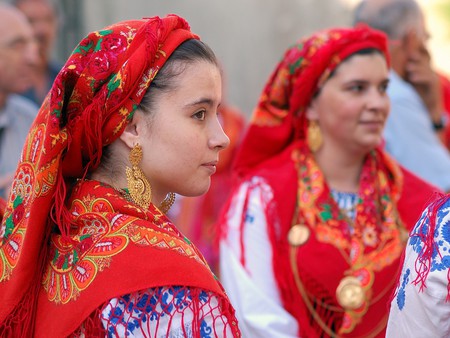 Traditionally, gold filigree was worn for its beautiful style and nature, but also to represent status of the wearer and their ability to purchase these costly items. In Minho, the north-central part of Portugal, it is common for families to pass gold pieces from older to younger generations.

Today, the minimalistic approach has become trendy including simple bands and nature-inspired shapes, and a few jewelry brands have been making waves in the industry, such as Mater, NUUK and Omnia.

While visiting Portugal, there are a few spots worth checking out. Among the most popular jewelry stores in Lisbon are Tous (Ourivesaria Aliança) in Chiado, and Joalharia do Carmo. If you’re in Porto and are looking for something more traditional, then Machado Joalheiro is one of the oldest jewelry shops.