A Couple's Guide to Obidos, Portugal 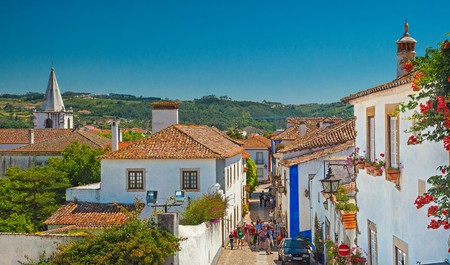 A little over an hour north of Lisbon is one of the most romantic destinations in Portugal. Óbidos is a beautiful town decorated in flower-covered homes and surrounded by medieval castle walls. Originally given to one of Portugal’s queens as a wedding gift from her husband, the tradition stuck and the town became known as the Royal Wedding Gift, passed from king to queen through centuries. Today, it is a popular spot for stunning views, traditional events, charming shops and romantic getaways. If you’re planning to visit with someone special, here are a few things that will make your stay more memorable.

Spend a romantic night inside the 700-year-old castle

The Castle of Óbidos is now a boutique hotel that allows guests to experience sleeping within fortified walls. Like the town itself, little has changed inside the castle over the centuries, which means the rooms still have their medieval touch, and it’s even possible to book a room in one of the ‘tower chambers’. 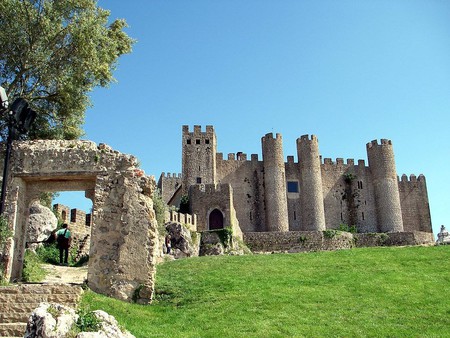 Enjoy a little liquor and chocolate

There is something romantic about blending alcohol and chocolate and Óbidos has the perfect combination. For one euro, you can order a shot of Ginja de Óbidos – a cherry-flavored liquor, inside a chocolate cup (which is meant to be eaten after swallowing the drink). Ginja is a favourite spirit in Portugal and few places make it better than Óbidos (which is why this specific brand can be found throughout the country). 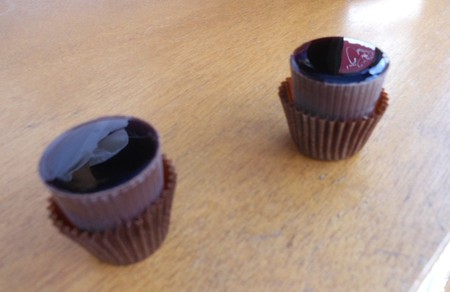 Portugal is known for a gastronomy rich in seafood, meats, mouthwatering spices and local wine, and Óbidos is yet another city filled with fantastic restaurants. One local favourite is A Nova Casa De Ramiro (for traditional Portuguese cuisine) and an extra romantic treat can be found in the Castle’s Hotel restaurant (although it’s a little pricier than the local average).

It’s not an activity for anyone afraid of heights since much of the walk lacks protective rails, but the castle walls offer some of the best views over the town and the surrounding countryside. It’s a truly unique experience to share with someone special and becomes all the more romantic at dawn or as the sun begins to set. 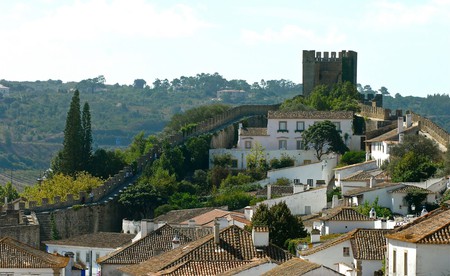 Simply walking through the medieval village with your partner is romantic, as much of the buildings are decorated with vines of flowers climbing up the walls. Leave Rua Direita, one of the busiest streets covered in shops and tourists, and veer towards a quiet maze of pathways.

The churches in Portugal are definitely worth checking out and Obidos boasts a few of them. The oldest is the Igreja de Santa Maria, built in the 12th century and decorated in the traditional azulejo tiles in addition to beautiful oil paintings. There is also the Capela de São Martinho and the Igreja do Senhor da Pedra (which can be found outside the city walls). 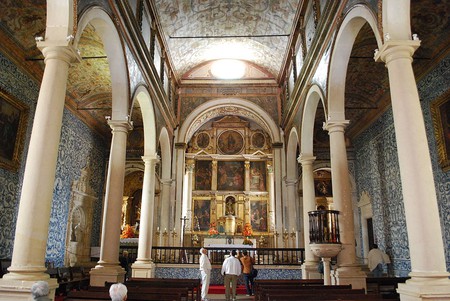 Sync your trip around one of the local festivals

Throughout the year, Óbidos organises an array of local festivals such as a medieval fair, a month-long ‘Christmas Town’ and an International Chocolate Festival. Planning your visit around one of these events can be a special treat for couples, helping to build more unique memories.