Photos of Portugal’s Most Breathtaking Spots 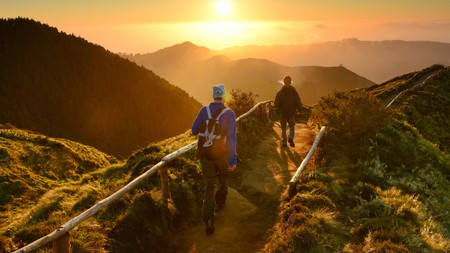 Portugal has become a hot tourist destination over the last few years, but many people never really scratch the surface when exploring the country. The number of magnificent spots in such a small area is astounding, but many of them sit away from the beaten path. From the north to south, here is a visual tour through the most beautiful spots in Portugal.

Thinking about a trip to Portugal but not sure where to stay and what to do? Culture Trip has you covered with our specially curated nine-day Portugal adventure, including Porto, Lisbon and plenty of other fantastic destinations in between. 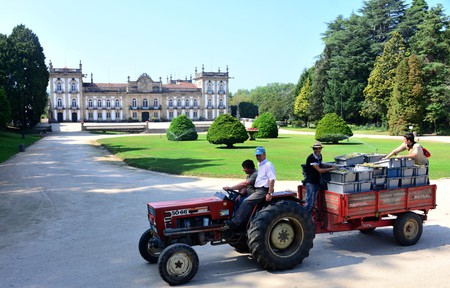 The north is where the history of Portugal began and, as the oldest part of the country, is home to many ancient, antique or otherwise spectacular landmarks. In addition to national parks and vineyards, there are also palaces, such as the 18th-century Brejoeira Palace in Monção, practically on the northern border with Spain. 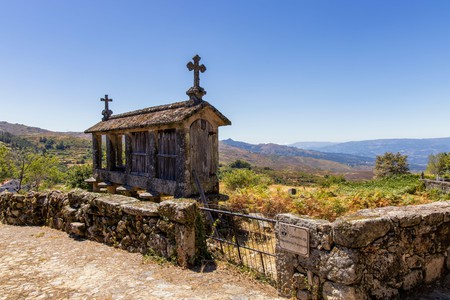 Also in the north is the only national park in the country. Peneda-Gerês National Park is a rolling green haven, perfect for hiking, cycling, photography and animal watching (specifically birds). There is also lots of history and Roman remnants, such as the old Roman road. 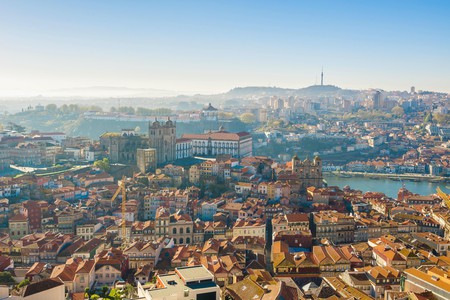 Most people head to northern Portugal for Porto, but there are a few other cities within an hour’s drive which deliver in terms of sights, sounds, and experiences. 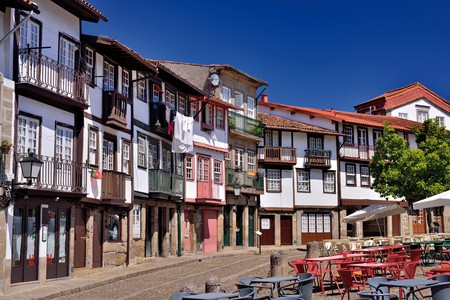 Braga and Guimarães are two of the most popular, and the latter is considered the birthplace of the country. 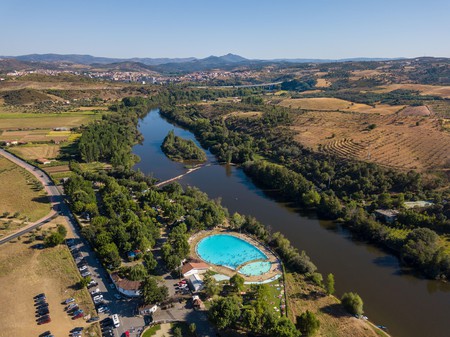 Mirandela is a charming riverside city in the northeast that’s rich in architecture and culture. It’s usually overlooked by tourists, but those who make it will be pleasantly surprised with this beautiful location. It is fairly well known for traditional folk dances, and is one of the best places to try alheira, a breaded, pork-filled sausage. 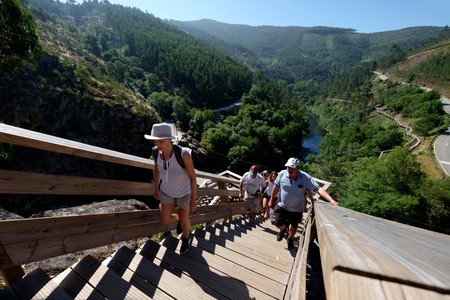 Defy vertigo at the Paiva walkways, a winding staircase that leads down to a river and past natural ecosystems that remain mostly untouched. 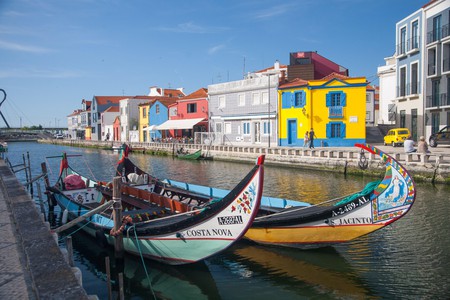 As you make your way towards central Portugal, don’t forget to stop in Aveiro, known as the Venice of Portugal. Like the real Venice, the city is home to canals filled with colourful boats. Also nearby is Costa Nova, a beach known more for the striped houses than the actual coast (which is also stunning). 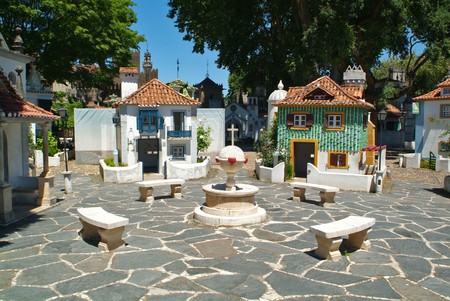 If you’re short on time, Portugal dos Pequenitos in Coimbra highlights all the major attractions, but in miniature. This park scales each major landmark to child-size, hence the name which translates to Portugal for the Little Ones. 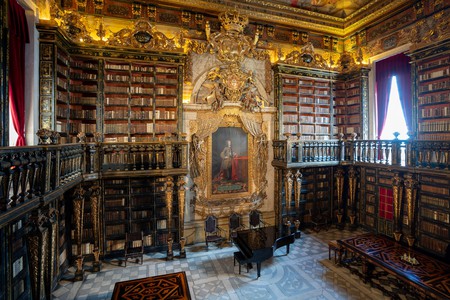 Of course, nothing beats seeing the real thing. All of Coimbra is quaint, but one highlight is the university, which is home to one of the most beautiful libraries in the world, the baroque Biblioteca Joanina. 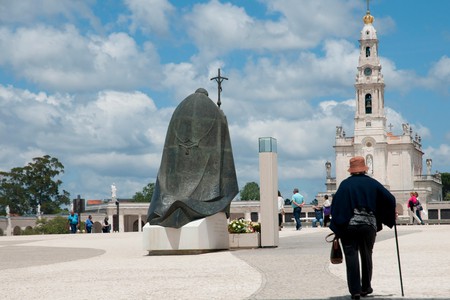 Central Portugal extends down past Lisbon, and between Coimbra and the capital there is lots to see, including many beaches, monuments and small villages. As a Catholic country, there are also a large number of cathedrals that hold a special meaning to the locals. One of them is the Sanctuary of Our Lady of Fátima, where the legend of the Virgin Mary’s appearance to three children makes it a popular site for religious events and pilgrimages. 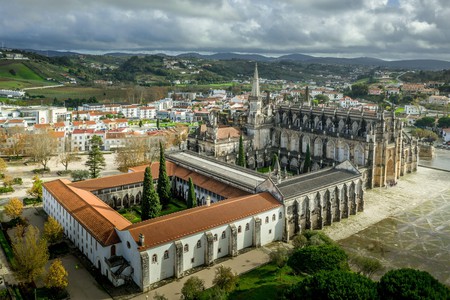 In the town of Batalha is the Batalha Monastery, a jaw-dropping representation of Manueline and gothic architecture that took more than 100 years to build. The word batalha means battle, and fittingly the monastery was built to commemorate the Portuguese victory in the 1385 Battle of Aljubarrota. 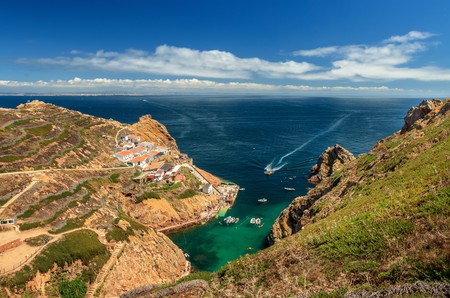 Most people know that Portugal is a country with lots of beaches, but island forts? The Berlengas Island, west of Peniche, is a small group of islands that attracts visitors for the blue waters, scuba diving and 17th-century fort – one of the many coastal defences in Portugal. 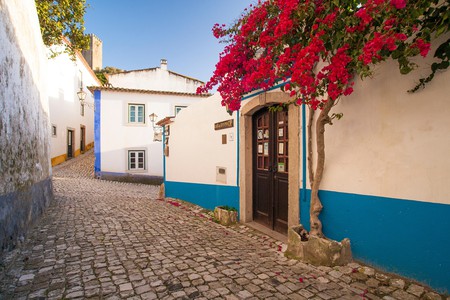 Then, after a day in the sun and sea, head over to the east of Peniche and visit Óbidos, a city completely within castle walls. 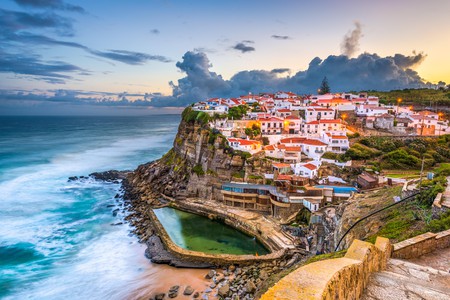 Close to Sintra is Azenhas do Mar, a sleepy village cradled against seaside cliffs. There isn’t much to do other than the beach, exploring the cliff base and wandering the town, but that may be enough. 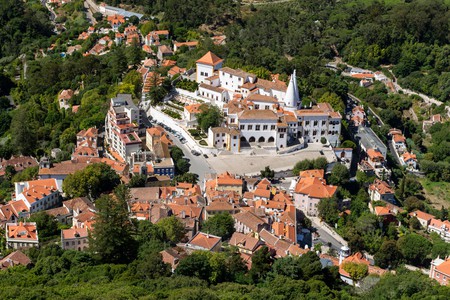 Sintra, on the other hand, can keep any traveller busy for a full weekend. With many palaces, fairytale forests and a stunning coastline, it’s possibly one of the most beautiful cities in the world. 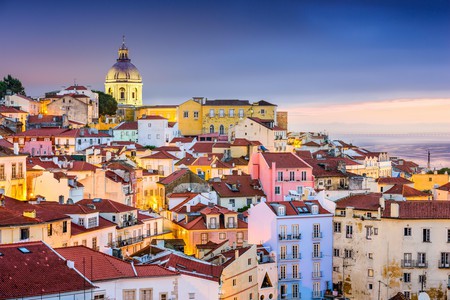 No trip to Portugal is complete without stopping in the capital. Unlike Madrid, Paris or the other neighbouring European capitals, Lisbon is tranquil, with landmarks perched on top of and around seven hills. The miradouros, or lookout points, provide spectacular views across the city and towards the river. 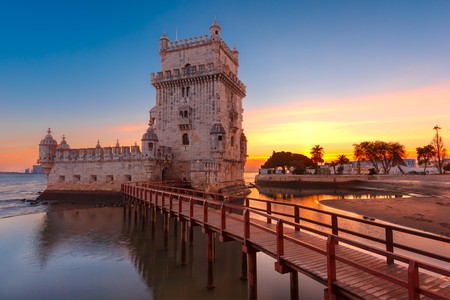 Close to Lisbon is Belém, an outdoor museum dotted with Unesco World Heritage Sites, such as the Jerónimos Monastery. Venture further from Lisbon to the nearby beaches of Oeiras, Estoril and Cascais, which are popular tourist destinations known as much for high-end resorts as they are for the waves and seafood restaurants. 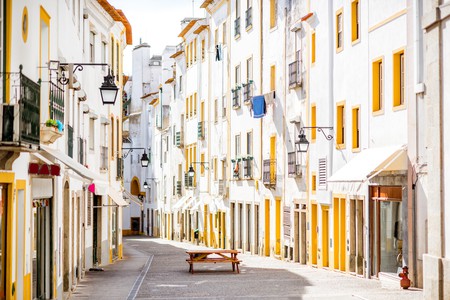 Lisbon isn’t only surrounded by beaches. The Alentejo region partially circles the capital from the south and east and is a great place to visit for wine, quiet countryside and comfort food. It also has Évora, a medieval village filled with many well-preserved and centuries-old landmarks. The 1st-century Roman temple and the 18th-century Cathedral of Évora are just a couple of spots. 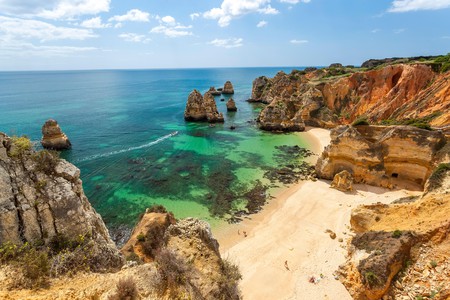 Then there are the sparkling blue waters and dramatic cliffs of the Algarve, which beckon visitors regardless of the time of year.

Last but certainly not least are the islands. The Azores and Madeira are fantastic vacation spots, especially during the summer. The Azorean archipelago is perfect for lazy days on the beach, whale watching, strolling through the luscious countryside, and hiking (the highest mountain peak in all of Portugal is located on Pico Island). 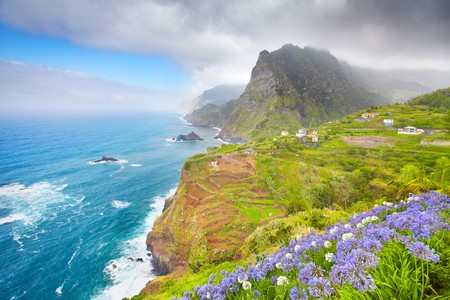 Madeira, despite being an island, is less of a beach destination but is still perfect for dramatic views, great food, lots of hiking and exciting city experiences in the capital, Funchal.