11 Reasons Why You Should Visit Sintra at Least Once 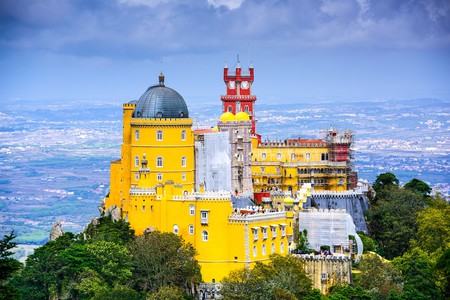 While Lisbon often gets most of the attention when one thinks of Portugal, the capital’s underrated neighbour, Sintra, is widely considered to be one of the most beautiful cities in the country and for good reason. With its curved mountains, dewy forests, exotic gardens and glittering palaces, Sintra is like a page torn straight from a fairytale storybook.

A short one hour drive from Lisbon, a visit to this mystical, UNESCO World Heritage listed small town is the perfect day trip which is bound to transport you into a magical realm. Here are 11 reasons why Sintra should be on everyone’s bucket list.

The colourful Pena National Palace is straight out of Disneyland

You might have to pinch yourself to believe it, but Sintra’s glorious technicolour Pena Palace really does exist and is as enchanting as the legends dictate. Perched atop the cobbled, rocky peaks of Sintra Mountain and inspired by German Romantic architecture, its ornamental buttresses, twin chimneys and cartoonish gargoyles make it resemble a Disney Castle. Get lost exploring the eccentric Moorish-Manueline designed interiors, its elaborate tile work and colourful history where each room dazzles brighter than the last. The Palace oozes romance and is best explored with a significant other. 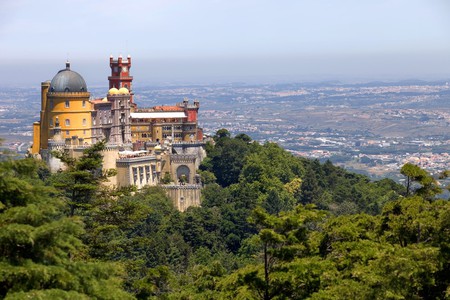 In case you hadn’t guessed it by now, Sintra is one big fairytale thanks to the castles and manors that are home to an astounding array of gardens, each with their own unique charm, mystique and hidden agenda. Perfectly manicured to make your instagram following green with envy, the mystical gardens and ethereal woods are filled with moss-covered trees and rocks, green streams, and winding hiking and walking trails. While each garden in Sintra is a worthwhile visit, guests tend to fall deeper in love with the botanical gardens surrounding the Monserrate Palace. 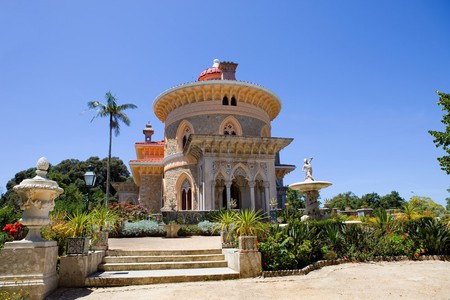 It has UNESCO World Heritage status

A smattering of pastel-hued cottages, villages, traditional castles and monasteries combine to make up the “Cultural landscape” that has earned one of Portugal’s oldest inhabited locations UNESCO World Heritage status. Captivating the hearts of King Consort Ferdinand II and his wife Queen Maria II of Portugal, the couple passionately pursued creating a fairytale-wonderland of manicured parks, elaborate castles, and manors. Taking inspiration from European landscape design, the whole town is such a man-made and natural masterpiece that it’s no wonder Lord Byron described it as the “Glorious Eden”. 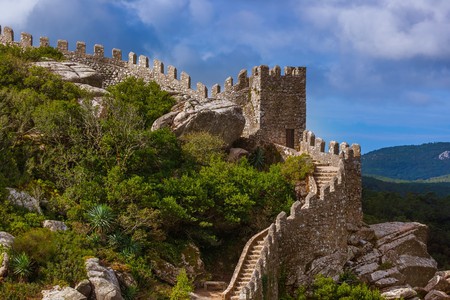 To sample one of Portugal’s most exquisite pastries

While the pastel de nata might be the pastry on everyone’s lips when one thinks of Portugal, Sintra’s Travaserio is sure to rival pastel even to its most ardent fans. This mouth-watering, flakey, almond filled pillow is the one pastry locals swear by and most delicious when served piping hot from the local bakery next door. Completely homemade, we recommend sampling the very finest from Sintra’s oldest and most popular pastelaria, Casa Piriquita.

Insider tip: For a taste of Sintra to linger that bit longer, why not take home a 6-box packaged souvenir of Queijadas de Sintra, which should keep for 2-weeks – if you can resist.

If you’re a James Bond film buff or simply seeking a bit of luxury, Sintra is the place for you. Of course, Walt Disney wasn’t the only one enchanted by Sintra’s mesmerising beauty. The town has also piqued the interest of other legendary artistic visionaries, most notably Ian Fleming. Serving as the setting for Bond’s Her Majesty’s Secret Service and a favourite haunt for British and German spies, visitors can enjoy a martini making experience at the notorious Hotel Palacio or feel like 007 as they cruise through Sintra’s scenic roads in an Aston Martin.

The beach will take your breath away

Not just home to mystical castles and gardens, Sintra’s wild and unspoilt Praia de Ursa is widely regarded as the most beautiful in the area, year round. Set on the rugged, Atlantic west coast just north of Cabo da Roca, the breathtaking cliffs stacked across the golden sand make for beautiful vistas above, so even if it might not be bikini weather, it’s worth making a pit-stop above sea level for some tranquility and sea breeze – a memory you’re bound to cherish when back home.

Insider tip: For those not on a budget, the Adraga Restaurant at the end of the cliff offers a jaw-dropping, panoramic view of the beach below, but is on the pricier side for local Portuguese standards. 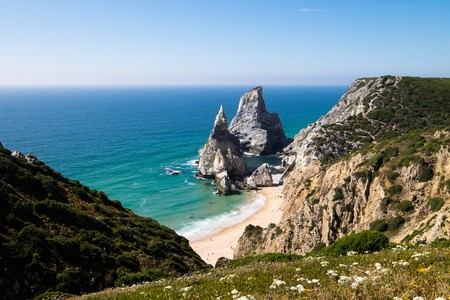 To visit the end of the Earth

After ticking a UNESCO World Heritage Site off the bucket list, Sintra also claims all bragging rights for being the rightful owner of what is considered to be the true Edge of the Earth, Boca do Inferno (directly translated as the ‘Mouth of Hell’). As the westernmost point on the European continent, it’s the kind of place every tourist dreams of visiting at least once and offers another fantastic photo opportunity. 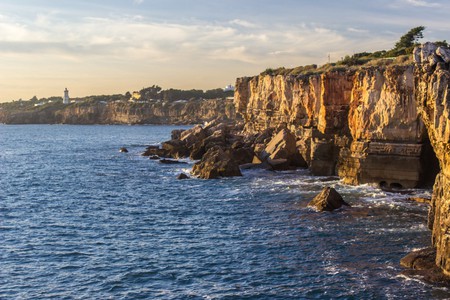 To taste traditional fare at a number of the seafood restaurants

Portugal is renowned for its delicious seafood but Sintra has some of the country’s finest and at much more reasonable rates than the more southerly parts of the country. If you’re a fan of percebes or have yet to try this local delicacy, then this is your chance. And even if you’re not yet convinced, there are a number of other delicious fresh fish dishes that have been caught just hours before that are worth sampling. We recommend trying the clams in white wine at the cafe on Adraga beach against a beautiful setting, or the giant spicy shrimps at the more upmarket Mar do Inferno.

Widely considered the entrance to the underground labyrinth, you could spend hours exploring the striking spiral staircase supported by carved columns that lead to the bottom of the well through its nine landings. Believed to be linked to Tarot mysticism and Masonic principles, a visit to this UNESCO World Heritage Site is bound to be a magical experience. 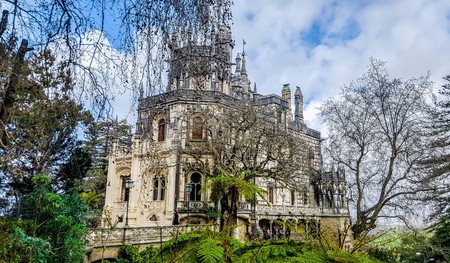 It’s one of Portugal’s most picturesque towns

Portugal undeniably has its fair share of quaint towns and villages but Sintra is without a doubt one of the most beautiful. Being home to a number of castles and manors and nestled atop the Sintra Mountains, the best of Moorish design, Romanticist architecture and Neo-Islamic styles can be found here, not to mention the most stunning viewpoints of the pretty buildings below.

Some of the country’s best hotels are located here

Given that the whole town is an architectural-jewel, it comes as no surprise that the country’s best, oldest and most famous hotels are located here. Not just home to Ian Fleming’s James Bond, the whole town has well over 100 hotels ranging from ultra luxury to more low key. With sweeping views of Sintra’s mystical woods right from your bedroom window, a trip wouldn’t be complete without a stay in one of Europe’s most sought after hotels, each coming with their own unique charm and history.