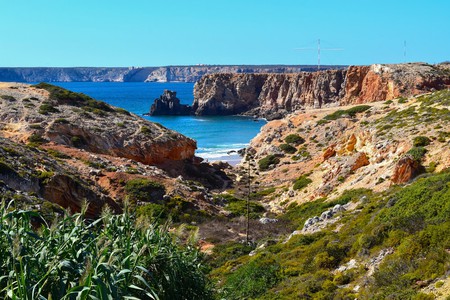 Over the last few years, tourism to Portugal has increased exponentially and the great majority of visitors head to the same destinations and landmarks. Luckily, there are still plenty of ways to skip around the crowds and enjoy a unique Portuguese experience. Here’s our pick of the best spots around.

Swap Sintra for Viana do Castelo

Fairy tale Sintra, renowned for its neighborhoods filled with romantic castles and unique palaces, is without a doubt one of Portugal’s jewel destinations. Located a close 27 kilometers (17 miles) from Lisbon, it’s also convenient to visit. Unfortunately, that means that it’s usually crowded, especially during the summer. 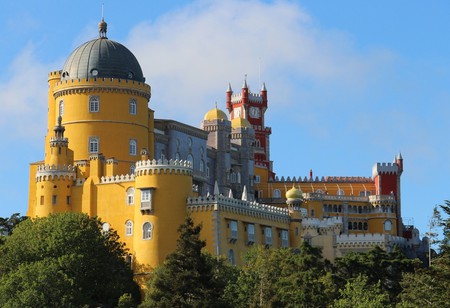 UNESCO-classified Sintra is truly breathtaking, but equally stunning is Viana do Castelo in the north of Portugal. Brimming with architectural gems, it’s considered one of Portugal’s more beautiful northern cities, and other than local Portuguese families visiting on the weekends, it lacks the extreme crowds.

The most impressive building is perhaps the 20th-century Byzantine Santuário de Santa Luzia, looming over Viana do Castelo from its hilltop perch – the panoramic views from the church take in the city and coast. Entrance to the church is free; access to the rooftop dome, on the other hand, is still only €2 (USD$2.35). Visitors can climb the steps to the church or take a funicular for a scenic €3 (USD$3.50) round trip. 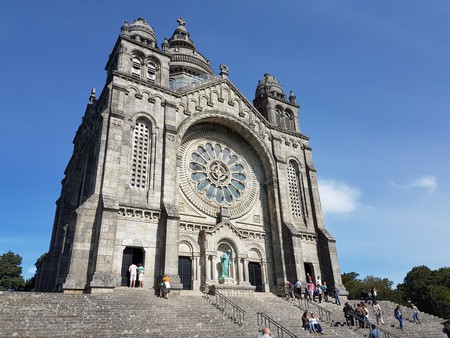 Viana do Castelo has plenty to explore, including some exquisite manor homes and monasteries. Locally-made gold jewelry is one of its more unique attractions (doubling as incredible souvenirs).

Sightseeing in Portugal is sure to build an appetite. Lisbon’s Baixa Pombalina district is the heart of the city and filled with fantastic must-see landmarks, but the walkways are also lined with restaurants showcasing photos of their meals on boards. Then there are the sales people who stand in front of the restaurants trying to persuade pedestrians inside or to one of the outdoor tables. 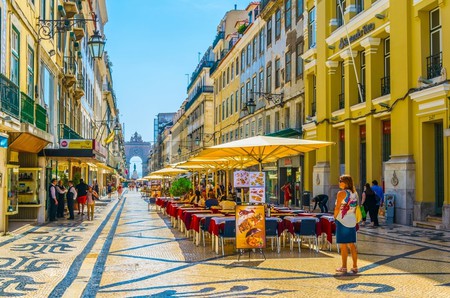 Wonderfully traditional Portuguese restaurants don’t need to work so hard (and they won’t, either). If an authentic meal is what you’re after, veer off the main roads and look for the tiny restaurants where the locals are. Looking like a mix between a restaurant and a bar, tascas are easy to recognize.

Another great idea is to buy tinned fish, fruits, sandwiches, and drinks from a local grocery store and have a picnic by the river or at a miradouro (lookout point).

Skip the Algarve and head to the Azores

The Algarve’s beaches are charming and its fishing villages are full of history, but the Azores are just as amazing and much less populated. Comprising nine islands, even the largest island São Miguel is full of sleepy towns and peaceful paradises. 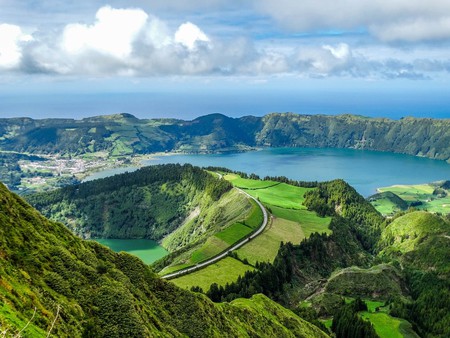 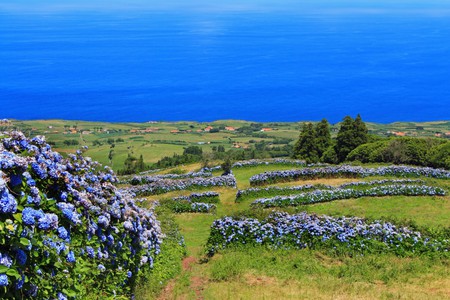 The Algarve has become a popular region among English-speaking expats and party-loving wanderlusters, so restaurants, bars, and tourist attractions have designed their services around those groups. You’re much less likely to find the inflated prices and crowded centers in São Miguel that have become the norm in cities like Albufeira, Portimão, and Lagos. Venture further to the western group of islands and tourist traps are practically non-existent. Just be sure to plan your flights to this paradise in the Atlantic in advance.

Leave Albufeira and Lagos for Praia da Luz or Sagres

If you just can’t help but head to the Algarve (those seaside caves are pretty enticing), skirt around the major tourist and expat zones like Albufeira and Lagos. 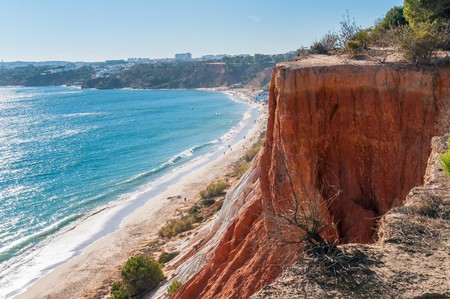 Sure, these towns boast wonderful beaches and delicious seafood restaurants, but so do Sagres and its neighboring villages. Some well-liked local surfing schools have set up shop in this part of the Algarve too, attracted by the rugged coast and rolling waves as well as the natural forests that are perfect for more outdoorsy activities. Why not book some lessons in Sagres?

Spend a day or two in Lisbon or Porto, but more time in Coimbra

It would be wrong to encourage first-time visitors to miss Portugal’s top two cities altogether, but, unfortunately, they are also where most tourists stick and the centers may start to feel more metropolitan than traditional. Spend one or two days in each to see their main sites, and then head to Coimbra for an experience that’s as authentic as it gets.

Did you know that Coimbra was once the capital of Portugal? Follow its windy and cobbled medieval streets toward historic treasures like the burial site of the country’s first two kings, King Afonso I and King Sancho I, in the Monastery of Santa Cruz. Coimbra is also the home of the oldest university in the country (and one of the oldest in the world), a landmark sought out for its history, unique traditions, and beautiful Baroque library.

Fado is another surprise waiting in Coimbra. Although the style of music was developed in the streets of Alfama and Mouraria in Lisbon, Coimbra has its own style known as fado de Coimbra, developed by students at the university. It’s not uncommon to hear the beautifully haunting melody drifting through city squares.

Colorful and brightly lit, the specialty shops like O Mundo Fantástico da Sardinha Portuguesa (The Fantastic World of Portuguese Sardines) are attractive and interesting to peruse, but they exist more for tourists than anyone else. Take a peek, maybe buy one beautiful can as a souvenir (if you wish) but stock up on Portuguese canned fish from the smaller local stores (again, follow the locals’ lead)

Why buy tinned fish? Not only are they convenient for meals (some locals consider them as an example of Portuguese fast food) but they are healthy and full of omega-3s, and even the soft bones are fine to chomp on (that’s where much of the calcium hides).

For rare books, head to Livraria Academica instead of Livraria Lello

Livraria Lello is one of Porto’s more popular destinations for the lovely art deco, art nouveau, and Gothic interiors, as well as the bragging rights (it inspired Harry Potter author JK Rowling), but is it really the best place to buy books? 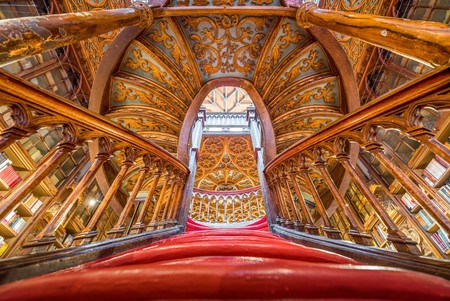 In Porto, bookworms may fall in love with the equally historic Livraria Academica. Visitors who can read Portuguese and have a fondness for Portuguese literature are likely to fall deeper under its spell with each classic manuscript they find.

Swap the cities for the countryside

A lot of attention goes toward visiting Portugal’s cities since there is so much to see and do there, but the countryside has its own set of perks. Among them you can choose hiking in the mountains, tasting local dishes rather than tourist-friendly alternatives, and marching to the beat of a much (much) slower drum.

Vineyards dominate the land in a number of Portugal’s beautiful regions. Visit the Douro Valley to taste locally-produced sweet port (the country’s famous dessert wine), head to Minho for a sip of crisp vinho verde wine, or pay a visit to the Alentejo, covered in rustic vineyards surrounded by cork trees (where a variety of reds and whites are produced).

UNESCO historic villages gained their titles for their role in protecting the country from across-the-border invasions, and the fortifications are standing memories that double as unforgettable landmarks. Monsanto, Almeida, and Castelo Novo are just a few historic villages worth visiting, and Piódão in the Serra da Estrela is another beautiful spot, classified last year as one of the most beautiful remote villages in the country (characterized by its schist rock houses).

Tour the Convent of Christ instead of the Jerónimos Monastery

Located near Lisbon, connected to the Age of Discoveries, and known as the birthplace of pastéis de nata, there’s no wondering why the Jerónimos Monastery is so popular, but before standing in hour-long lines and shelling out €12 (USD$14), see if you can fit Tomar in your itinerary (perhaps when swapping the city for the countryside, as just mentioned). 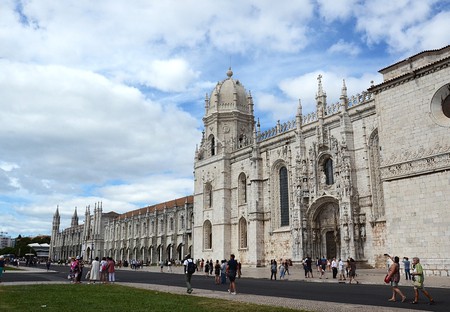 Sure, the Jerónimos Monastery is an amazing landmark and a beautiful architectural masterpiece that took 100 years to build, but the Convent of Christ is equally spectacular and has the added wonderment as the once headquarters of the Knights Templar in Portugal. Walk through the castle, church, and gardens where this mysterious group once lived, organized, and changed their identity to the ‘Order of Christ’. Entrance tickets are half the price of the Jerónimos Monastery (costing €6 (USD$7)) and you’re much less likely to meet a line. 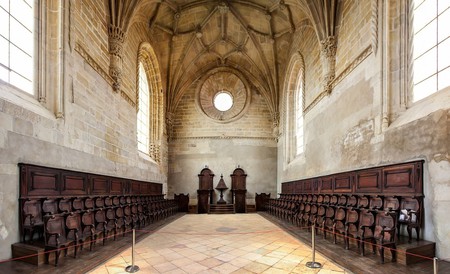 Inside the Convent of Christ | © XtianDuGard / Pixabay

Opt for Figueira da Foz or Ericeira over Nazaré

Nazaré is a beautiful fishing village in central Portugal that has built a reputation for surfing as massive as its waves. Unfortunately, due to the size and power of said waves, only the bravest surfers seek a challenge in this part of Portugal.

The beaches in Figueira da Foz are just as extensive but the waves, though powerful in their own right, are less intimidating. Surfing tours and championships are held there yearly, it has a long boardwalk perfect for running and cycling, and the seaside restaurants are popular among Portuguese residents for their delicious seafood – Figueira (as it’s known for short) may actually be one of Portugal’s best-kept beach secrets. Ericeira is another popular surfing spot and closer to Lisbon (about an hour away by car). 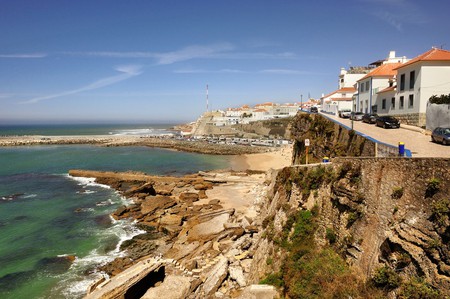 Traditional markets are a feast for the senses – the Mercado da Ribeira is Lisbon’s famous food market (and has been since 1892), but since Time Out Magazine converted part of it into a food court and remote-working offices opened on the upper level, it has become inundated with visitors.

Time Out Market offers a unique experience with so many Portuguese flavors in one place (a number of stalls belong to Michelin chefs), but it’s easy to get distracted and spend a lot of extra money here, especially if all you really want do is head out for a traditional food shopping experience. Luckily, the Mercado do Livramento in Setúbal is about 50km (31 miles) away and well worth the drive.

Considered one of the best markets in the country, the long rows of fresh fish and produce are two main magnets that attract residents from different parts of the region, while the myriad cheeses, sausages, olive oil, and other staples sweeten the deal. It’s also a beautiful building – the bright orange-red facade is hard to miss, and the azulejo mosaics inside are picture-perfect.