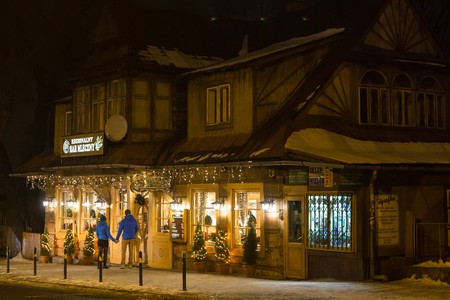 Whether you’re searching for a bite to eat between the rebuilt Old Town of Warsaw or the docklands of Gdansk, the pretty Gothic spires of Wroclaw or the beautiful castles of Krakow, you can rest assured that the Polish milk bar will be a ubiquitous feature of the city’s culinary scene. Ever since the days of communist rule, cheap and cheerful eats have been pouring out of the kitchens of these low-key joints. The locals love them, they’ll never break the bank and there’s some super-tasty treats on the menus. Here’s what you can expect from a first-time visit…

In short: don’t expect The Ritz. There’s never been any pretentions about service or style in the Polish milk bar. These places were created for the express purpose of doling out homemade food quickly and for uber-affordable prices. Consequently, you’ll typically be left to find a table on your own. The décor is likely to be simple and stripped-down, with tiled walls and rickety seating. Classic milk bars may even have the occasional remnant of the Soviet age still decorating the place, and most will feel totally unchanged since the days of Brezhnev et al.

Milk bars are almost always self-service. You’ll have a laminated menu outlining the dishes of the day, or a blackboard with all the options scrawled haphazardly across it. As soon as you’re ready, head up to the bar and order. Be prepared to go to collect your food from a hole in the wall once it’s ready, and then return your dirty plates and cutlery once you’re finished. 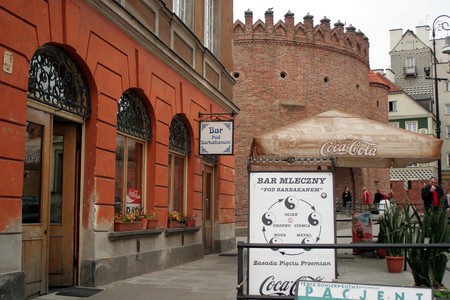 The food of the Polish milk bar derives its inspiration from the hearty, homey creations of the Polish family kitchen. It’s very meat-heavy (sorry veggies) and is typically packed with carbs, mimicking the sort of utilitarian meals that would have dominated plates in the post-war and communist periods. That said, there’s something endearing and enticing about the simplicity of milk bar cooking. It is a welcome diversion from the pomposity of European fine-dining that’s sure to keep patrons coming back for more.

Some of the most popular milk bar meals still on the menu include the likes of traditional pierogi dumplings (little parcels of dough packed with cream cheese and potato), pork knuckles, bubbling borscht (a blood-red beetroot soup that originated in eastern Europe), potato pancakes topped with mushroom sauce and spinach mixes wrapped in cabbage leaves.

In recent years, some entrepreneurs have attempted to breathe a new life into the classic Polish milk bar. Keeping the low-cost, homey philosophy when it comes to the food, they’ve moved to create more stylish, bohemian joints that channel the quirky styles of the USSR and old Poland to create an altogether different and interesting place to dine. 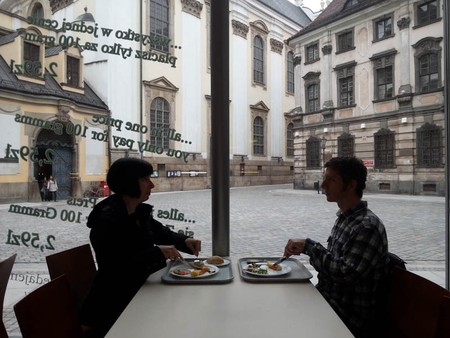 These are now popping up in major cities – check out the likes of Mleczarnia Jerozolimska in Warsaw and welcoming little Milkbar Tomasza in the middle of the Krakow Old Town for two of the best. You should be prepared to fork out a little more than you would in the more authentic milk bar joints in these places, but also get ready to enjoy a lively local crowd that includes youngsters and students, not just the nostalgic oldies that are the age-old milk bar’s usual crowd.