Welcome to the Wieliczka Salt Mine, Home to Poland's Amazing Underground Church 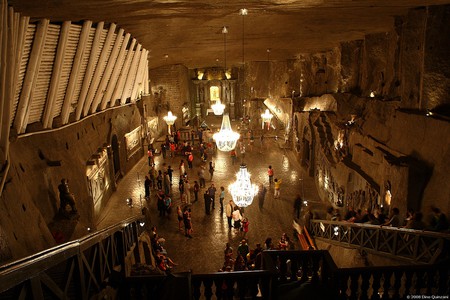 Lurking within the metropolitan area of Krakow, beneath the leafy little suburban town of Wieliczka, one of Poland’s greatest historical treasures can be found. It’s just a short bus ride away from the cobbled streets and Gothic spires of the city’s famous Old Town, but reveals an altogether different wonder than the majestic architectural treasures that sprout above ground in this erstwhile kingly capital. Here, the great feats of creation are of the subterranean kind, carved out over more than seven centuries by the meticulous miners of the Żupy krakowskie – Poland’s oldest commercial venture. 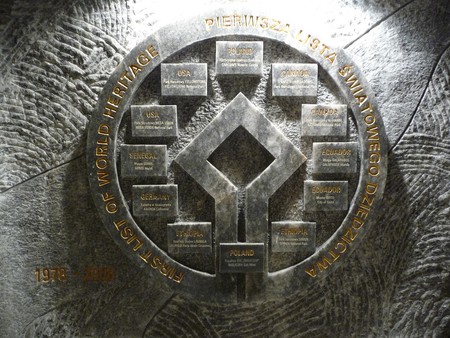 The history of the Wieliczka Salt Mine

The Wieliczka Salt Mine spans a whopping 287 kilometres of tunnels and caverns in all, winding and weaving beneath the surface of Lesser Poland. The startling length of the passageways here is the product of more than 700 years of continuous expansion and construction, going from the days of the early Polish kings to the dark years of Nazi occupation.

Locals might tell you that it all started with the mythical arrival of Princess Kinga from Hungary, who deposited her wedding ring in a salt mining shaft in her native Magyar land before coming to Krakow. Once she got to Wieliczka in 1290, legend has it that she commanded the locals to dig, and they duly found her wedding ring in the Polish soil, surrounded by that prized rock salt. 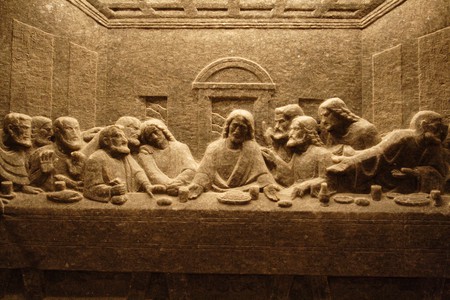 However, it’s more likely that Polish miners discovered the salt of Wieliczka after realising the natural mineral content of the water in the town. What’s certain is that by the 14th century, the mines at Wieliczka were in full swing. A castle had been constructed to house the mining company board and protect the valuable resource, while revenues from the Polish salt industry were being used to rejuvenate Krakow in the wake of the disastrous Tartar invasions.

The heritage of the Wieliczka Salt Mine

Reports from the 14th–century chronicles of the Wieliczka Salt Mine also reveal the beginning of another curious trend. It’s thought that it was around then that the miners began carving and whittling away at the mining faces deep underground, cutting out mystical figurines of dwarves and fantastical creatures, religious icons and the likenesses of great Polish monarchs.

Fast forward a couple of centuries, and the end result is a veritable medley of eye-wateringly beautiful sculptures all hidden under the earth. Tales of the artistic majesty that awaited below brought totemic visitors, like the revered Nicolaus Copernicus and other Polish luminaries of the 15th and 16th centuries. Industry continued, more shafts were dug, and all the time more perplexing salt snowmen sprung up in the empty passageways.

Delving into the Wieliczka Salt Mine

Today, a trip to the Wieliczka Salt Mine is one of the top things to do in Krakow. Although only a small section of the vast mine is open for tours, visitors can take the two-hour journey through some of the wonder’s most amazing sections.

Trips begin with a descent down the 378-step timber shaft to the first level chambers. Here, spaghetti-like stalactites drop from the ceilings, bulbous stalagmites emerge from the earth, and there are reconstructed Hungarian mills from centuries gone by. As tours move on, travellers will get to wonder at the mysterious effigies of gnomes in the shadows, and see all the intricate artworks carved into the tunnels.

Then, after sampling salt rock and learning all about the unique microclimates that exist in this subterranean world, the great pièce de resistance of the UNESCO attraction reveals itself: Saint Kinga’s Chapel. This colossal underground cathedral rarely fails to take the breath away, and includes everything from rock-cut chandeliers to replicas of Da Vinci’s famous Last Supper, all whittled straight into the salt walls.