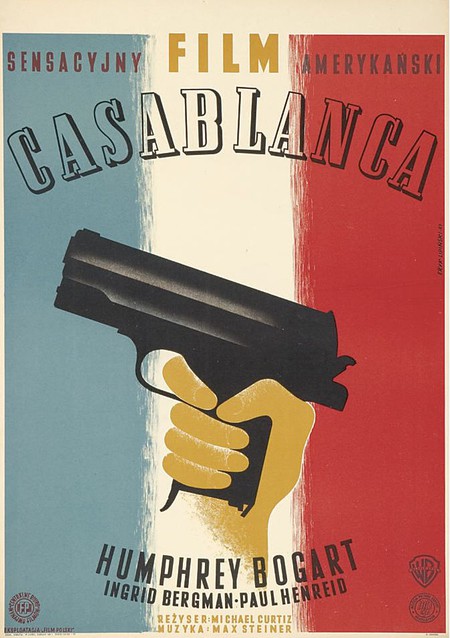 Polish cinema has a prolific history of cinematography and directing, with the film schools of Lodz and Warsaw churning out global greats over the decades, and names like Wajda and Polanski emblazoned across the Silver Screen from St Petersburg to Hollywood. But the country’s association with the big screen doesn’t stop there. In the 50s, 60s and 70s, Poland also became a hotbed for film art and poster making, even giving birth to its own school of design – the so-called Polish School of Posters. Here are five examples of that legacy, ranging from the 1940s to the modern era…

Just one glance at this hectic and crazed collage of knife scrapes and battle scratches, squiggly lines and deep, blood-red overtones is enough to convey the psychopathy and mania of Colonel Kurtz. Then come the demonic eyes and their glazed determination, which is just a little remnant of Kurtz the ivory trader from another Pole’s – Joseph Conrad’s – famed novella on jungle fever, Heart of Darkness – it’s said he was an influence on the character Coppola gave to Brando in Apocalypse Now. 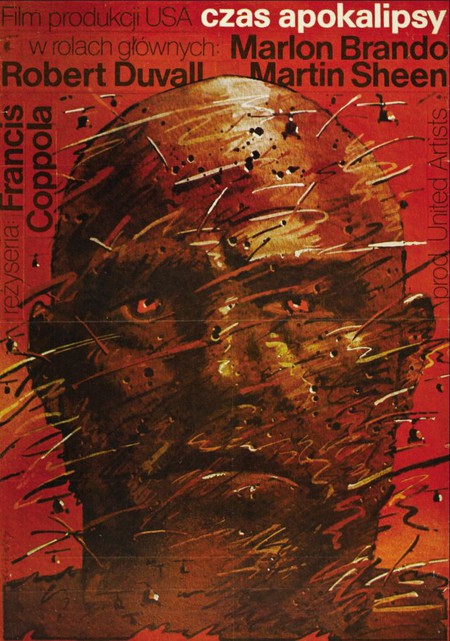 “Electronic Murder”; so reads the neo-futurist font atop this largely monochrome poster for the 1984 hit film Terminator. To be fair, there aren’t many phrases that could sum up the film more accurately, especially when that early T-800 model starts to reveal all the pistons and spark plugs that keep him running. If there’s one great part to this poster, it’s surely got to be the eyes though, which shoot out of the picture just like one of Arnie’s scathing one-liners. 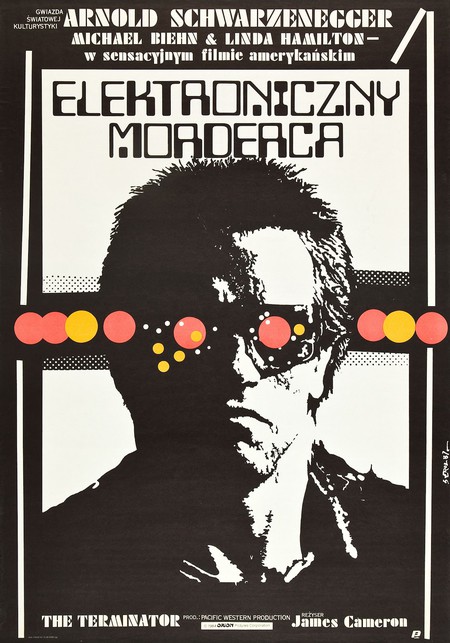 For those who’ve never seen the great reveal at the end of Planet of the Apes, this Polish rendition of the movie from a year after its release might just give a tad too much away. After all, that floating Lady Liberty, cleaved in half and drifting across the vivacious eyes of a gorilla does plenty to imply the clash within. And talking of eyes, just look at those! Bulbous, round and soul-consuming, they aren’t going to let anyone go in a hurry… 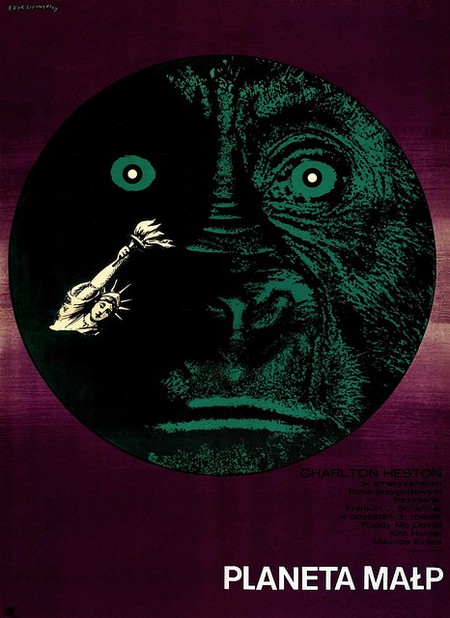 No one could blame the Poles of the mid-70s for a little bit of cultural appropriation a la the United States. With brazen stars glowing yellow, a full head of none of other than cult hero John Wayne, and the genre (American Western) clearly and proudly emblazoned just beneath the title like a tag line, it’s almost as if there was something subversive in flaunting a love for American cinema at that time. Almost… 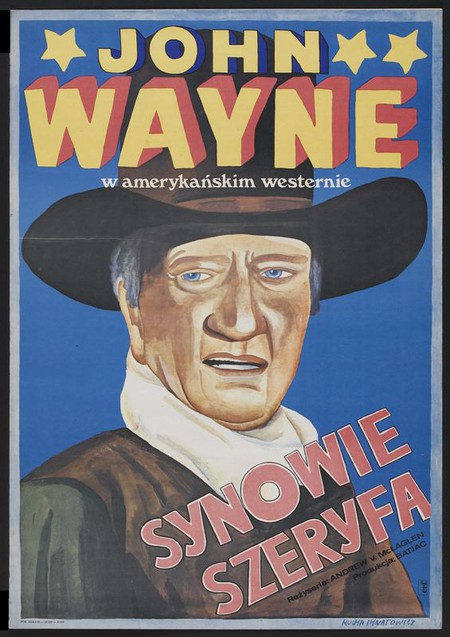 Everyone loves a movie poster that cuts straight to the chase, and there are few on this list more simply and punchy than this creative little capitulation of the iconic black-and-white noir that is Casablanca. A gun, held aloft, signals the deadly nature of the action. Check. A French flag heralds the lands of Vichy. Check. Words scrawled across the top do all the advertising you’d ever need: “Sensational, American”. The only thing wanting is a shot of gin…