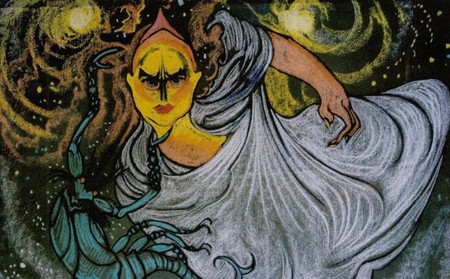 A misunderstood Renaissance man, a painter, playwright, art critic and philosopher, Stanislaw Ignacy Witkiewicz is one of the most bizarre figures in the history of Polish art. The deep understanding of human psychology reflected in his art could be explained through his flamboyant life, marked by mental problems and addictions. An eccentric man, Witkacy became an inspiration for next generations of artists and a symbol of Polish avant-garde. 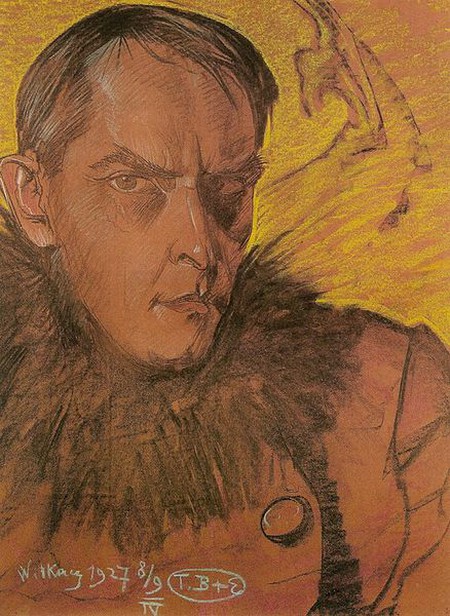 Stanislaw Ignacy Witkiewicz (Witkacy) was born in Warsaw, Poland in 1865. His father, Stanislaw Witkiewicz, was a respected painter, art critic and creator of the Zakopane architectural style. The father encouraged young Stanisław’s humanistic development from his earliest years, as he noticed his son’s intellectual gift. At the age of 12 he published his first play Cockroaches on his own printing press. In his youth, he also wrote his first philosophical treatises: On Dualism and Schopenhauer’s Philosophy and His Relation to His Predecessors. Against his father’s wishes he enrolled in Kraków Academy of Fine Arts and studied painting, however he never graduated. His student years were filled with travels abroad, where he attended exhibitions and began writing novels and plays.

In 1914 several tragedies befell him. At the start of the year his fiancée, Jadwiga Janczewska, committed suicide. Witkacy further suffered from depression and on the advice of his friends and father, traveled to Australia via Ceylon. At the outbreak of World War I, he left for St. Petersburg to enrol in the army. Until the end of the war he stayed in Russia, where he painted extensively, but it is here he also started experimenting with alcohol and drugs.

Joining the Polish Formists in Zakopane

After he fled back to Poland, Witkacy focused on what he had been perfecting during his stay in Russia – painting and writing. This is when he moved to Zakopane, the centre of intellectual life for all three partitioned sections of the country, and joined the Formists (earlier Polish Expressionists), an association of artists standing out against the naturalism in art and preaching the motion of form over the content. Here he opened his first theatre, got married to Jadwiga Unrug, had an affair with a barber’s wife (who was chasing him with a razor around the city), delivered lectures, and made and lost friends. Zakopane was the place where his work was most fruitful and for that reason his love for the city and the Tatra Mountains was constant until the end of his life. 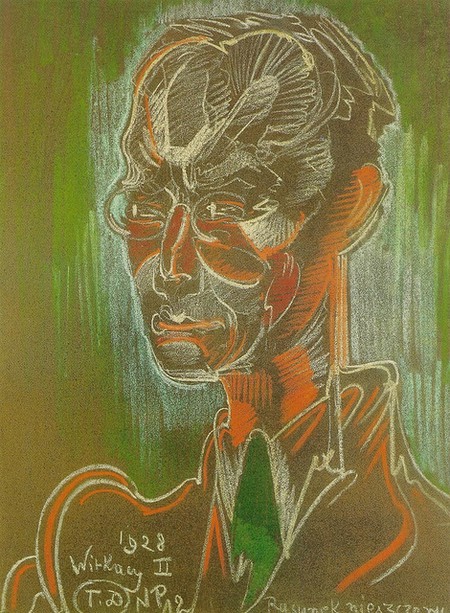 While living in Zakopane, Witkacy started viewing the novel as a passé genre. He began to focus on dramaturgy and philosophy and produced some of his best dramas, including Tumor Brainowicz and The Madman and the Nun. He never had any methodological training in philosophy and the fact that he dealt with problems of modern thought and produced various treatises, amongst them The Introduction to the Theory of Pure Form, was a great achievement. With his philosophical propensity and continuing mental problems, he tried to prove his existence through various fields. He started controlled experiments with vodka and drugs, which allowed him to escape from his apocalyptic vision of life – “a metaphysical nonsense.” This apocalypse was always on Witkacy’s mind and in his incoherent and abstract dramas, which show despair in striving for the truth. 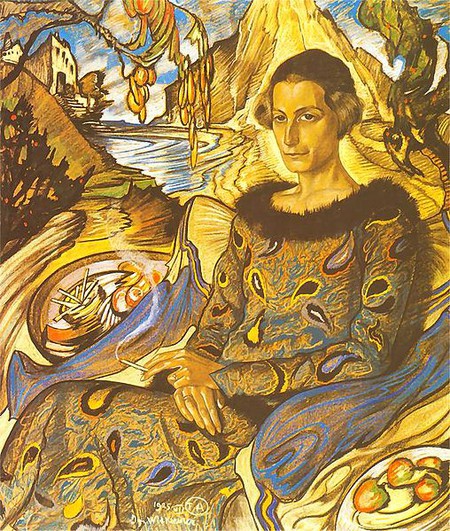 The Creation of Pseudonym, Witkacy

In 1925, Stanislaw Ignacy Witkiewicz resigned from oil painting as he thought it was unable to represent the Pure Form, and this is how his artistic pseudonym Witkacy was created. He decided to concentrate on portraits, as he could express the sitter’s soul and three years later set up his satiric company, run in his own apartment. Its motto was “The customer must be satisfied. Misunderstandings unacceptable,” and Witkacy himself also created its ‘rules’ which divided the portraits into categories (from A to E). The categories defined the different dose and type of intoxicants (nicotine, alcohol, cocaine) that the artist took while creating a particular portrait. During this period hundreds of portraits were produced.

The Last Period and Mysterious Death

The last years of his life were years of artistic fertility. Witkacy wrote one of his best dramas, Insatiability, and dedicated most of his time to philosophy, which resulted in his major work in this field. One month before World War II, he moved to Warsaw with his wife. At the outbreak of the war, Witkacy traveled east. However, upon the realization that Russian troops had entered Poland on 17th September 1939, he committed suicide on the territory of what is now Ukraine.

In 1968 his body was brought back to Poland. However, during exhumation works, it was discovered that the skeleton had teeth. This was incorrect because the artist used to display his numerous dentures. Later, it was confirmed that a Ukrainian woman was buried instead of Witkacy. In the following years, his friends got letters from the artist himself and his unknown works appeared on the market. This led many people to think that he survived the war and his suicide was his last joke.

The Falsehood of Woman | © Ankry/Wiki Commons

It would be difficult, or rather impossible, to find a more compelling person in Polish art in the interwar period. Witkacy’s legacy remains an essential element of Polish culture and to appreciate this, in 2015 the Polish Senate celebrated the year in honour of him and his father. His plays are still on in theatres, while his portraits are displayed and attract lovers of his art. Due to the complexity of his works, there remains an on-going debate about their meaning; and as a result there is an increasing number of interpreters. Each year in Zakopane there are numerous exhibitions dedicated to his art and life.

This colorful character is still a non-exhaustive source of inspiration for young generations of Polish artists, who use his works in theater, performance, painting and photography. Witkacy’s work and life still influences Polish culture and whether his suicide was a trick or not, it should not be regarded as a spontaneous act, but the inevitable culmination of his philosophy, which can be summarised in his own words: “Better to end in beautiful madness than in grey, boring banality and stagnation.” 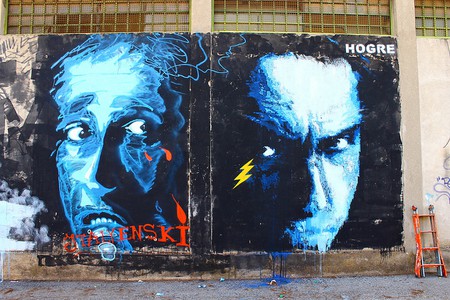