The Story of Warsaw's Love Affair with Neon 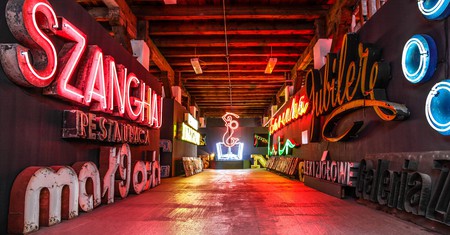 Warsaw is often imagined as a stereotypical post-Socialist city: dreary, monochrome, insipid – which is why its obsession with the technicolour world of neon advertisements may come as a surprise.

The city is now establishing a name for itself as the heart of Eastern European neon. Leading the charge is the Praga district’s Neon Museum, which boasts an eclectic assortment of Warsaw’s neon through the ages – a testament to the resilience of this luminous art form, whose history in the Polish capital dates back further than you might expect. 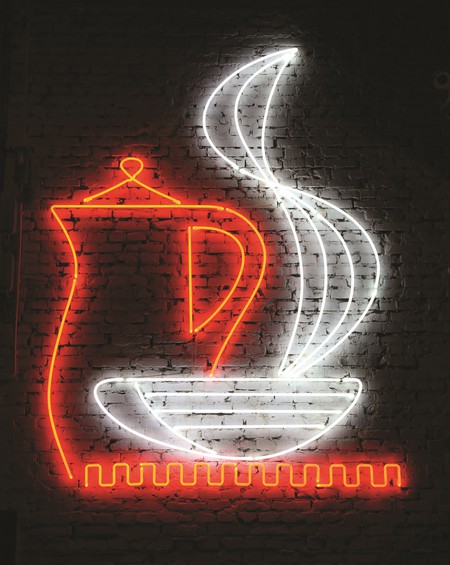 Following its popularity in the United States and France, neon arrived in Warsaw in 1926, less than 10 years after Poland had regained independence following the end of WWI. The very first sign – depicting a bottle and colloquially known as the ‘Philips neon’ after the name of its producer – was lit for the Haberbusch i Schiele brewery. Other shops and establishments soon caught the neon bug; the new technology was used to replace previously handmade shop fronts, brashly illuminating the thoroughfares which had previously been celebrated for their glamour and elegance. As time passed, the signs became more sophisticated: there was an illuminated bottle of cognac pouring resplendent light into a glass; a vast arrow, seemingly from the depths of the sky, pointing to a cinema; and the outline of a centaur shooting a bow and arrow.

In the interwar period, Warsaw became known as the ‘Paris of the East’. Neon played a vital role in sustaining this glamorous, cosmopolitan image; one leading cigarette company even featured Mickey Mouse – an emblem of consumerist America – in its signage, alongside a moving cigarette with undulating smoke. There were neon lights to advertise newspapers, banks and even the political issues of the day – one neon, with the silhouette of a warship, proclaimed “Let’s rearm Poland on the sea”.

Though regulations insisted that signage should be in keeping with the picturesque streets of the city, by the late 1930s neon was dripping from almost every renowned building and venue in the Polish capital. It adorned the outside wall of the Adria, the most prominent nightclub in the city and it drenched the Morskie Oko cabaret in thrilling light. By 1939, there were 70 neon signs in Warsaw, with most clustered around the main crossroads of Aleje Jerozolimskie and Marszałkowska, where the first neon had been placed. 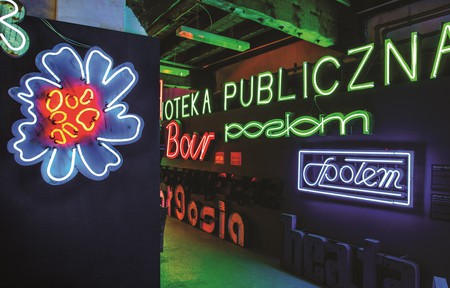 When the darkness of war arrived in 1939, it seemed as if every shard of that old extravagance would be lost. But despite the wartime obliteration of more than 85% of the city centre – with those stylish, elegant thoroughfares smashed to oblivion – neon somehow persisted. There are even photographs of pre-war neons standing amid the ruins of the city.

Yet, it was not just in these fragments that neon continued its glimmering presence in the Polish capital. In the late 1940s and 50s, neon inundated the city with another wave of rich, garish light – though in this case, only for instructive purposes. One particularly legendary neon advertisement from this period was the 3D, spinning Orbis globe, which advertised the state travel agency. An exact replica of the globe now sits atop the contemporary city’s Orbis Hotel. But when ‘the Thaw’ arrived following the death of Stalin in 1956, a more creative use of neon spread through the streets of Warsaw once again. Remembered as a movement to revitalise the dead spaces around the city centre following its Soviet realist reconstruction, the neon advertisements from this period were experimental but exquisitely attractive. Artists from the acclaimed Polish Poster School dabbled in the art, creating some of the most iconic signs of the ‘Golden Age of Polish Neon’. The sign for the Atlantic Cinema, for example, depicted sparkling waves behind the letter A, which had been designed to look like a sailboat. Others featured elephants, bicycles, mermaids and cats – all in typically lurid colours. 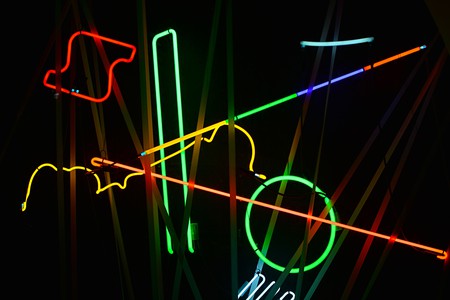 By the end of the Cold War, however, the glory days of Warsaw’s neon boom were over; the signs fell into disrepair, with many disappearing altogether from the streets of the capital. Despite their glamour, many saw the signs as a hangover from the socialist era and sought to remove their presence from the city or neglect them to the point of disrepair. But some, nonetheless, remained. In a twist of irony, one neon still standing boasted the name Berlin – the name of both a post-war textile shop and, of course, the German capital. It was this neon, with its circus-esque typeface, that sparked the creation of Warsaw’s Neon Museum. 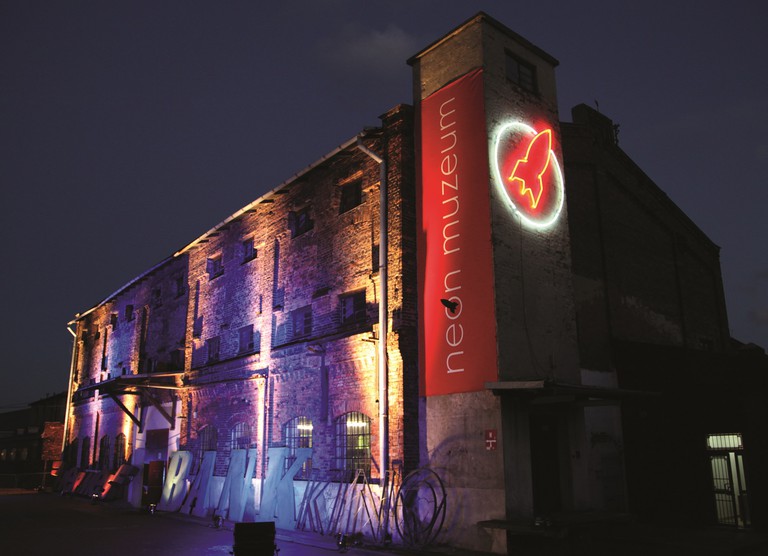 Neon Museum, Warsaw | Courtesy of Neon Muzeum 2019
Warsaw’s Neon Museum is a Noah’s Ark for the neon signs that used to pepper the streets of the Polish capital. It was established to preserve and restore neons that had fallen into disrepair. It marks the new age of neon appreciation in Warsaw, keeping alive the iconic and stylish Polish neon advertisements of yesteryear.

In 2005, British-Polish photographer Ilona Karwinska and her partner David Hill fell in love with the Berlin sign and planned to photograph it – but it disappeared from the shop front before they could do so. The pair eventually managed to track it down and restore it, prompting a photographic exhibition which then – with public support, including the donation of many other neon signs – evolved to become the Neon Museum.

“We have a veritable army of supporters and volunteers scouting the country on the lookout for endangered neon signs, particularly where the buildings they adorn are to be demolished or refurbished”, says Ilona. The Neon Museum is now a retirement home for the veteran neons of Warsaw, which all have a story to tell. In fact, for many of the rescued neon signs, the most colourful episodes of their history came after they were removed from the streets of the city:

“Once we had a call from a farmer who had been involved in the demolition of the famous Kino Praha (Prague Cinema) in Warsaw. Everyone assumed the neon signs had also been destroyed, but this gentleman had the foresight to save many of the architectural elements of the cinema building. We arrived at his remote farm to find these fantastic neon letterforms just lying in a muddy field,” Ilona recounts.

Ilona’s work ensures that neon retains its place in contemporary Warsaw, where new signs are “sprouting like mushrooms along the city’s boulevards”. “Due to our actions, Warsaw is now undergoing a neon renaissance,” she says, hopeful for the future of Warsaw’s storied yet steadfast affection for this luminous art form.

Despite a history of catastrophe, neon in Warsaw has proven to persist – an emblem of the tenacity of the city itself. 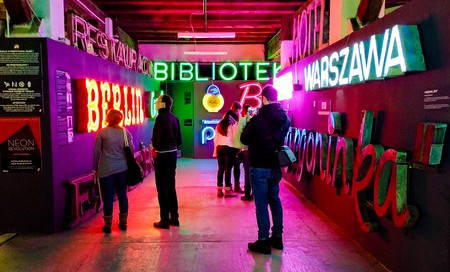