The Most Impressive Buildings in Krakow

Krakow Buildings | © LiveKrakow.com
Thanks to its rich history and glorious royal past, it should hardly come as a surprise that Krakow is packed to bursting with impressive buildings. Here’s a selection of some that are sure to draw a gasp, ranging from Renaissance trading halls to brutalist monuments from the communist era. Check them out…

No list of Krakow’s most impressive buildings could possibly be complete without at least a mention of the colossal castle complex that dominates the whole skyline of the city. Towering atop the meanders of the Vistula River, this hilltop fortress was once the domain of the Polish kings and queens. It’s suitably grandiose, with Renaissance arcades, gold-gilded chapels, Gothic belfries and some formidable fortifications all around. It’s not to be missed! 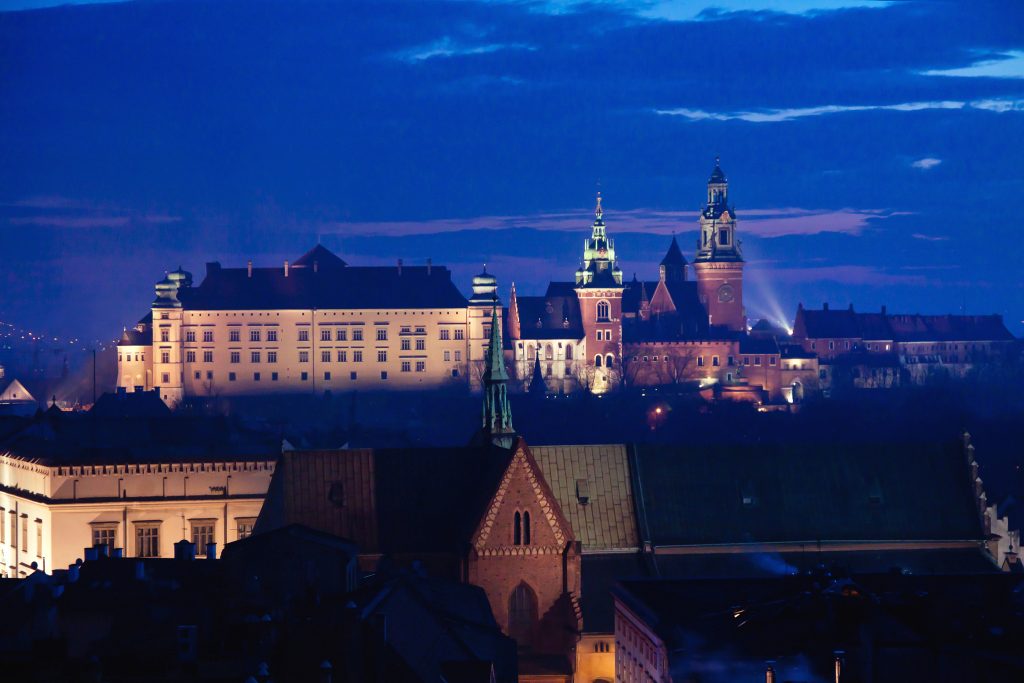 Wawel hill with castle in Krakow at night | © Pawel Pacholec/Flickr

Building
Forum Hotel, Kraków | © Michal Derela / WikiCommons
Swiftly moving from Krakow’s glorious medieval past to its not-so-glorious communist one, this brutalist relic of the Soviet age can still be seen hulking in heavy rows of concrete over the southern banks of the Vistula River – curiously within eyeshot of the Wawel across the way. There’s something strikingly Bauhaus about the overuse of industrial materials and the simple cut of the building’s lines; and there’s something enticing about the summertime bars that spill out of the downstairs rooms in summer – but that’s beside the point!
More Info
Open In Google Maps
28 Marii Konopnickiej, Kraków, 30-001, Poland
+48515424724
View menu
Visit website
Visit Facebook page
Send an Email
Give us feedback

Church
St. Mary's Basilica, Krakow | © santirf / Getty Images
Book Now
St Mary’s Basilica has stood watch over the cityscape of the Krakow Old Town since the early Middle Ages. It’s watched as Mongol Hordes ransacked the markets and while the Nazis wrought their destruction on eastern Europe. It’s iconic Gothic architecture has remained steadfast through it all; those mismatched twin towers, little and large, casting their long shadows over the cobbles of the Market Square. There’s no question of this one’s impressiveness, both inside and out!
More Info
Open In Google Maps
5 plac Mariacki, Stare Miasto Kraków, Małopolskie, 31-042, Poland
+48124220521
View menu
Visit website
Visit Facebook page
Send an Email
Give us feedback

Considered by some historians to be the oldest shopping centre in the world, the Sukiennice Cloth Hall was once the place that merchants and traders from all over Europe would have met to barter their crochet, silks, spices, leather and cotton. It’s known for its elegant Renaissance style, which is beautifully preserved in the flourishing filigrees of the exterior walls. Inside is the National Museum, where Krakow’s greatest masterworks reside. 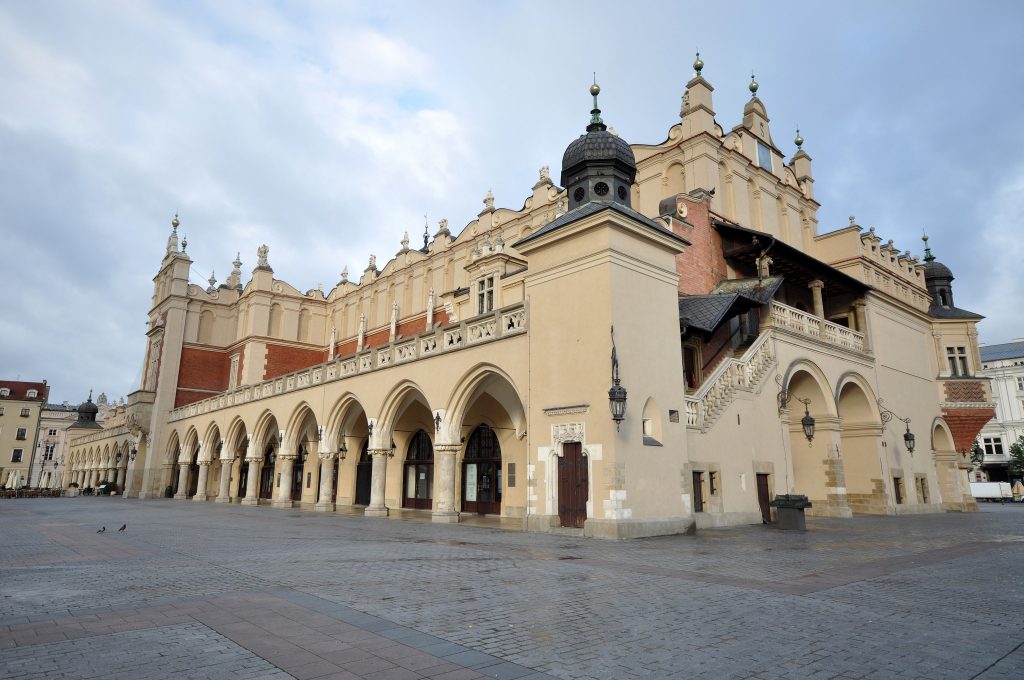 Building, Museum
The Barbakan, Krakow | © Ruslan Kalnitsky / Alamy Stock Photo
Book Now
A medley of seven spiked turrets and formidable crenulations that are too many to count, the redbrick keep that is the Krakow Barbican is arguably one of the most impressive remainders of the fortification walls that would once have looped all the way around the circumference of the royal city. At its height of power, the gatehouse would have been connected to the Old Town by a wooden bridge – to be burned in the event of an attack!
More Info
Open In Google Maps
Basztowa, Stare Miasto Kraków, Małopolskie, 30-547, Poland
+48124317590
View menu
Visit website
Visit Facebook page
Send an Email
Give us feedback

Synagogue
Old synagogue in Kazimierz | © Lars K Jensen/Flickr
The stoic redbrick rises of the Old Synagogue, fronted by apses of stuccoed walls and surrounded by hardy walls of stone that makes the whole building look just a little like a military barracks, are virtually unique in the city. They were first raised in the 1400s – hence the ‘old’ epithet – but totally rebuilt under Italian architects in the 16th century. Today, the site is famed for surviving the onslaught of the Nazi invasion, and as one of the most important Jewish relics in all of eastern Europe.
More Info
Open In Google Maps
24 Szeroka, Stare Miasto Kraków, Małopolskie, 31-053, Poland
+48124220962
View menu
Visit website
Visit Facebook page
Send an Email
Give us feedback

Church
Church of St. Wojciech | © russavia/ WikiCommons
Sat back from the bustling cobbles of Grodzka Street as it cuts right through the heart of the Krakow Old Town, the Baroque Saints Peter and Paul Church is demarked by a line-up of haunting effigies of the apostles. Behind that is one elaborate carved frontispiece that looks like it’s been plucked straight from one of the historic town centres of Italy rather than Poland, complete with shadowy inlets housing the figures of revered Jesuit saints.
More Info
Open In Google Maps
52A Grodzka, Stare Miasto Kraków, Małopolskie, 31-044, Poland
+48123506365
View menu
Visit website
Visit Facebook page
Send an Email
Give us feedback
Book with our partner and we will earn a small commission.
Give us feedback