The Best Things to See and Do in Zielona Góra, Poland

Zielona Gora | © Tb808 / WikiCommons
Zielona Góra translates as “Green Mountain” in English, so you might expect this place to be high up and very green. It is just a name though, as the city actually sits at an elevation of just 71 metres above sea level! Zielona Góra is in western Poland not far from the German border and is famous for its wineries. Due to its location, it is sometimes one of the stops on the Warsaw to Berlin railway. This list proves why you should plan a stopover and explore the interesting activities.
Zielona Góra © Melissa / Flickr

Sitting prominently in the city centre of Zielona Góra is the Old Town Square. It includes the impressive Town Hall (Ratusz) in the middle and lots of cafés, bars, shops and restaurants surrounding it. This is a good place to get your bearings in the city, and watch the world go by while you sip a coffee. The clock bells chime on the hour and you’ll find a lot of tourist information here, on boards, in English, Polish, Russian and German. For wine lovers, head into the trendy Winiarnia Bachus housed in the Town Hall itself. 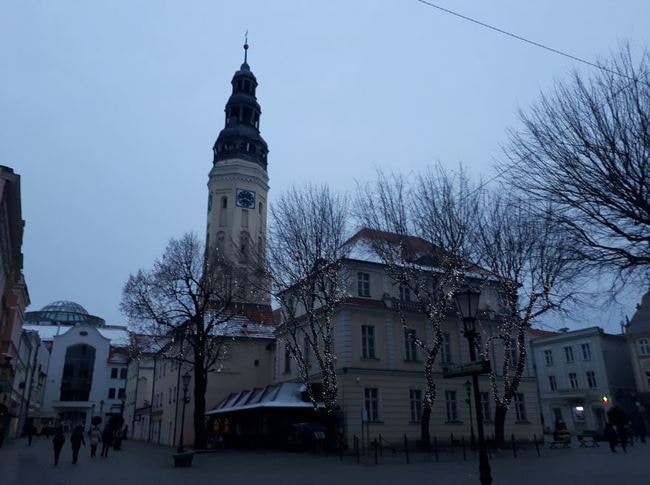 Planetarium Venus is a fun day out for people of all ages. It is a science centre and planetarium containing a 3D video room, information on the planets and lots of fun and games for science lovers to get involved in. Check out the website for special events and shows, some of which require a separate ticket.

Museum
Zielona Gora | © Northern Irishman in Poland
Zielona Góra was part of Germany until 1945, and was formerly called Grunberg, so it is relatively new to the Polish Republic. However it has been through many historical changes in its long history. Back in 1335, Zielona Góra was part of Bohemia and in 1526, it became part of the Habsburg Empire. The best place to get a detailed understanding of the city’s history is at the Zielona Góra Regional Muzeum. The Museum in Zielona Góra was established in 1922.
More Info
Open In Google Maps
15 aleja Niepodległości, Zielona Góra, Lubuskie, 65-048, Poland
+48683272345
View menu
Visit website
Visit Facebook page
Send an Email
Give us feedback

Museum
Polish wine | © Silar / WikiCommons
Zielona Góra is famous for its wine. The city’s impressive Wine Museum is the place to visit for if you are passionate about wine. It was moved in 2008 to cellars specially adapted for this purpose. There are only six registered wineries in Poland and this museum is the only permanent exhibition in Poland showing both the history of wine and issues related to wine culture.
More Info
Open In Google Maps
15 aleja Niepodległości, Zielona Góra, Lubuskie, 65-054, Poland
+48683272345
View menu
Visit website
Visit Facebook page
Send an Email
Give us feedback

Search for the mini statues

As you wander through the streets of Zielona Góra, you might notice some small statues, similar to the famous Dwarves of Wrocław. Start in the Old Town Square and see how many of these you can find – they all have a link to wine. Each statue has a plaque next to it explaining its meaning. 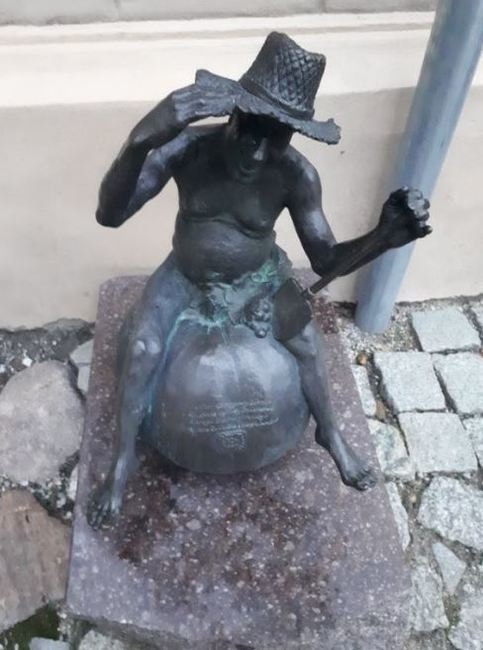 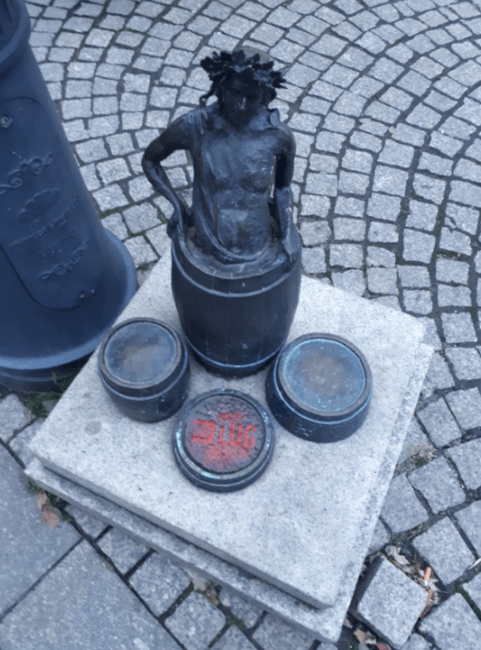 Attend mass at a Catholic church

Church
Our Lady of Częstochowa Church | © Northern Irishman in Poland
Zielona Góra has its fair share of churches scattered across the city. All of them offer the opportunity to attend a service, which are open to the public. Head to the central Our Lady of Częstochowa Church for a Catholic Mass. The church also welcomes visitors when there is no service on. It’s on Mariacka Street near the Old Town Square.
More Info
Open In Google Maps
1 Mariacka, Zielona Góra, Lubuskie, 65-073, Poland
+48684548963
View menu
Visit website
Visit Facebook page
Send an Email
Give us feedback

Attend a service at a Protestant church

Zielona Góra’s proximity to Germany means that Protestantism was once important here and you can still attend a service in a Protestant church. The Protestant population decreased during the 17th century, notably during the Thirty Years’ War (1618–48) which sowed the seeds for the end of Protestantism in the area. Thanks to Pope John Paul II, catholicism dominates Poland, but Protestantism still exists. Head to the Baptist church on Ulica Długa.

Check out the views from Palmiarnia (Palm House)

The Palm House in Zielona Góra is a unique place for the city, and for Poland. It contains the Palm House, an impressive building which is 20 metres tall, has an intriguing façade and includes a cosy restaurant inside. But it goes further than that – it’s also a garden and a leafy park in the heart of the city which also houses an aquarium inside with tropical fish including piranhas. There are sublime views of the city from Palm House and greenery all around. 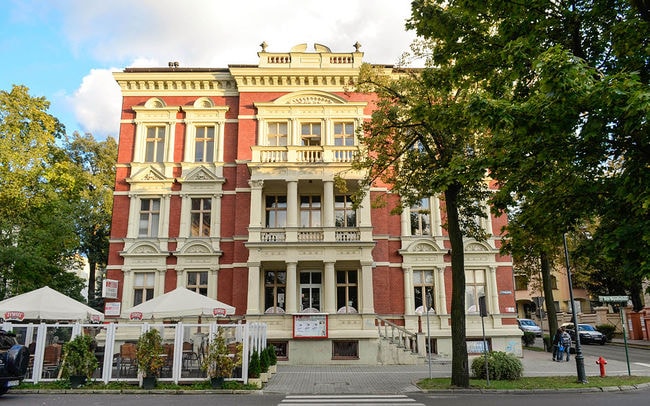 Reminisce in a communist-style bar

Bar, Pub Grub
PRL Bars | © Northern Irishman in Poland
In the heart of Zielona Góra sits a truly incredible little bar which sends you back in time. Welcome to quirky Prywatka, which is one of the best bars in Zielona Góra. Inside, you can admire the artefacts and miscellaneous memorabilia from a bygone era, when communism was in its heyday. By day, it’s a great place to drink coffee or tea, eat a cheap and hearty lunch and watch the world go by. By night, enjoy a beer or a vodka and watch the bar transform into a surprisingly lively venue. Prywatka sits right in the main square.
More Info
Open In Google Maps
2 Stary Rynek, Zielona Góra, Lubuskie, 65-067, Poland
+48570920622
View menu
Visit website
Visit Facebook page
Send an Email
Give us feedback
Give us feedback