The Best Things to See and Do in Malbork, Poland 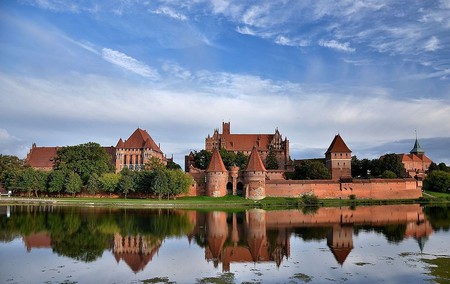 The Polish town of Malbork was founded in the 13th century by the Knights of the Teutonic Order, and it served as the headquarters for what was once the region of Royal Prussia. Most tourists, however, are here for one thing, and one thing alone: to tour the medieval Malbork Castle! Malbork Castle is the largest brick castle in the world and is a UNESCO World Heritage Site. However, the castle sits in a town with other interesting things to see and do, some of which have had their limelight taken from them. So while touring this famous castle, why not check out the other magnificent activities on offer?

Let’s start with the obvious one here and the reason why most people visit Malbork – you are here to see this stunning 13th-century castle. It claims to be the largest brick castle in the world; it also claims to be the largest castle in the world by area. You can believe this as it takes three hours alone for the ‘quick guided tour’. This tour will take you through the history of the Teutonic Knights, the Polish Kings that ruled here, the partitioning of Poland, into the Amber trade and into many nooks and crannies of a castle that remarkably still sits in almost pristine condition. Yes, perhaps the most surprising element here is that Malbork Castle has survived war after war and appears to be perfect, though it has been partially rebuilt – it was destroyed by the Germans during the Second World War. Make sure you plan ahead by checking the opening times and ticket prices on the official Malbork Castle website. 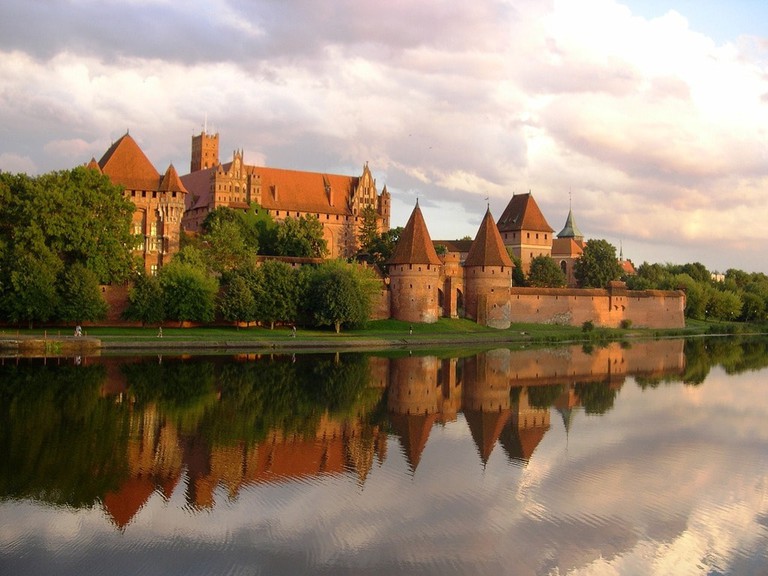 For many tourists, the entrance into the town of Malbork is already a feast for the eyes. Popular with historians, photographers and trainspotters alike, Malbork’s Neo-Gothic train station is a work of art all on its own. Inside the crests, mosaics and intricate wall designs are pretty and well maintained. From the outside, the station’s pristine red brick structure complements green painted window frames in front of passing commuters. 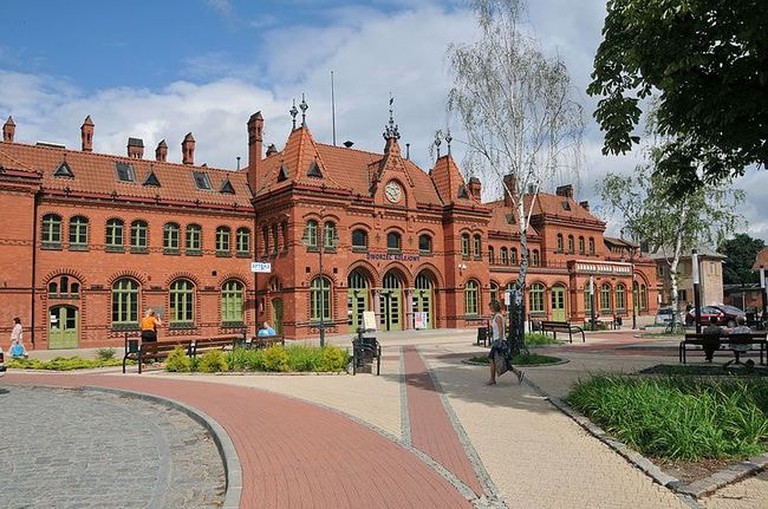 In modern-day Malbork, there are unlikely to be any knights on horseback coming to attack you, so enjoy the freedom while it’s here. Walk across the bridge away from the castle and enjoy some sunset cocktails by the River Nogat. A recommended bar is U Flisaka, which offers a traditional food menu and a good range of cocktails, wines and beers by the riverside. 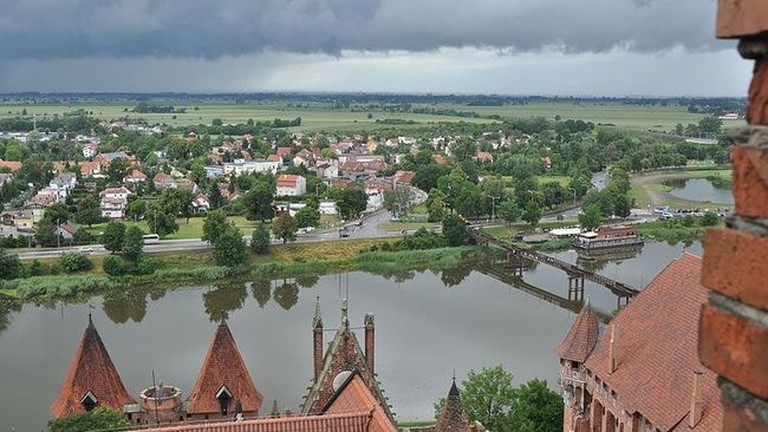 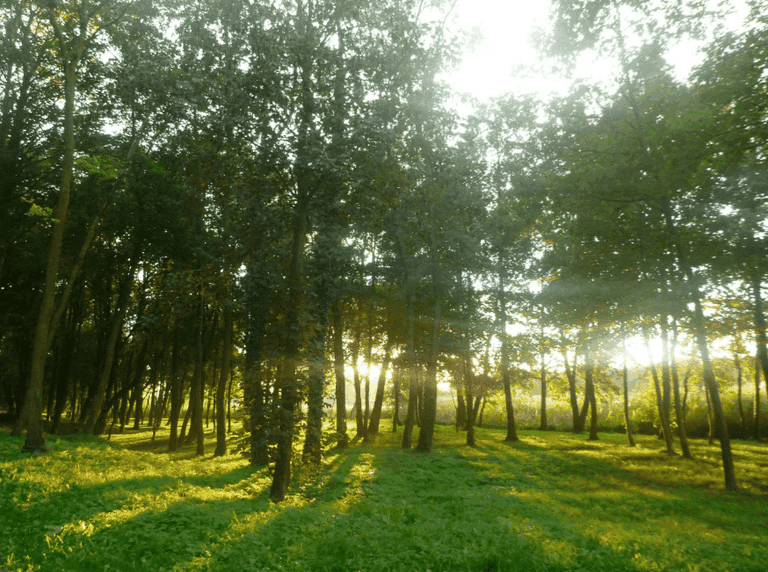 Malbork Park | © Northern Irishman in Poland
Sitting next to a medieval castle, a river and a sprawling town sits a leafy park in which to get lost. Its beautiful trees and little pathways make for a romantic or relaxing stroll. It’s a park for all seasons here. Winter brings snow to the town, spring brings new life and plants, while summer brings a warmth before the leaves fall, leaving pretty Malbork in its autumnal glory.
Open In Google Maps
200 Sportowa, Malbork, Pomorskie, 82-200, Poland
Give us feedback

Malbork has a special part to play in Polish football history. The reason? Grzegorz Lato. Known to the football world as simply ‘Lato’, the Malbork-born striker won 100 caps for the national team (once a record) and scored 45 goals. It wasn’t just the sheer number of goals Lato scored, but they impact they had. Along with Polish Olympic hero Kazimierz Deyna, this dynamic duo led Poland to the Olympic Gold Medal in 1972, the World Cup Third Place in 1974, and the Olympic Silver Medal in 1976. Lato went one step further, winning the Golden Boot in 1974 and outlasting Deyna by also helping Poland to third place in the 1982 World Cup. Check out the future stars by watching local team Pomezania Malbork, on a pitch which Lato once graced. 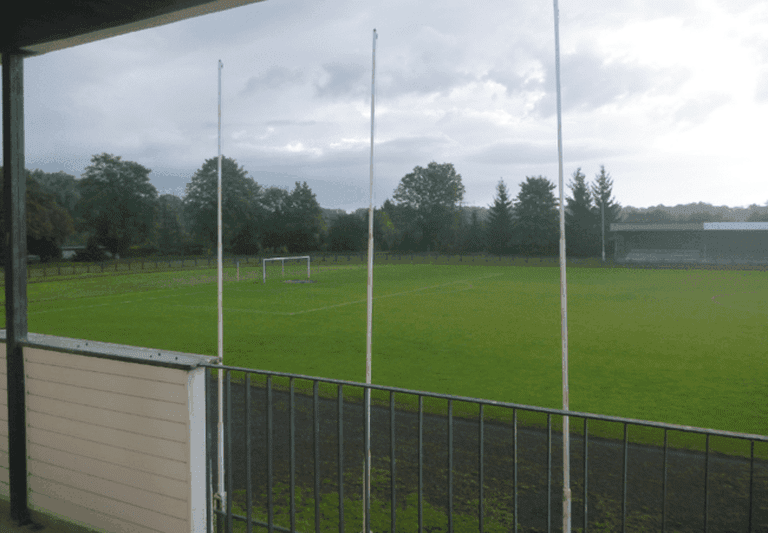 Go back in time at the Dinosaur Park

From medieval castles to Teutonic Knights to modern Polish football, Malbork offers the budding tourist an eclectic mix of things to see and do. To continue this diversity, how about a trip back a few millenniums to a Dinosaur Park? Malbork Dinosaur Park offers education, outdoor activities aplenty, a zoo and a hotel on top of its popular display of huge prehistoric creatures. It is a particularly fun trip for families with children.

An often neglected sight is Malbork’s Old Town and the Town Hall (Ratusz). This is because neither location is particularly obvious or indeed central. The hub of activity these days tends to take place at the Rondo Kazimierza Jagiellończyka roundabout near the castle, but this short walk to the Old Town will take you through a fascinating mix of both modern-day Malbork with its residential housing blocks and medieval times, where buildings still remain. 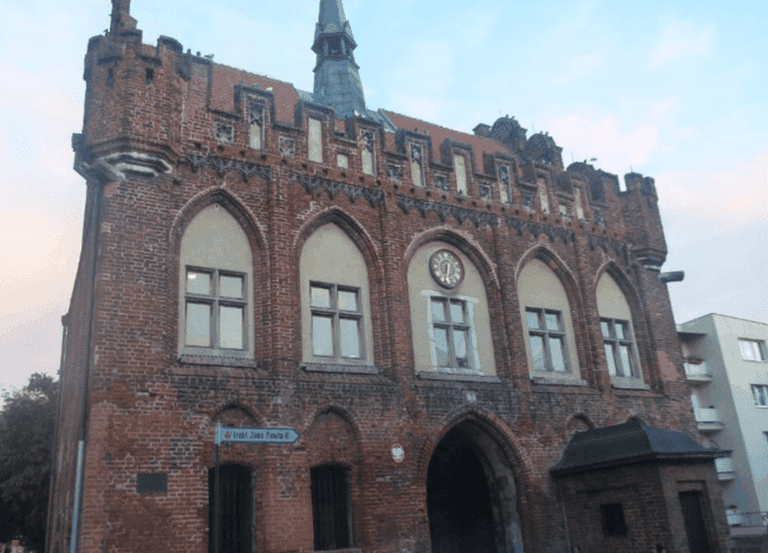 Attend a Mass at the Catholic Church St. John the Baptist 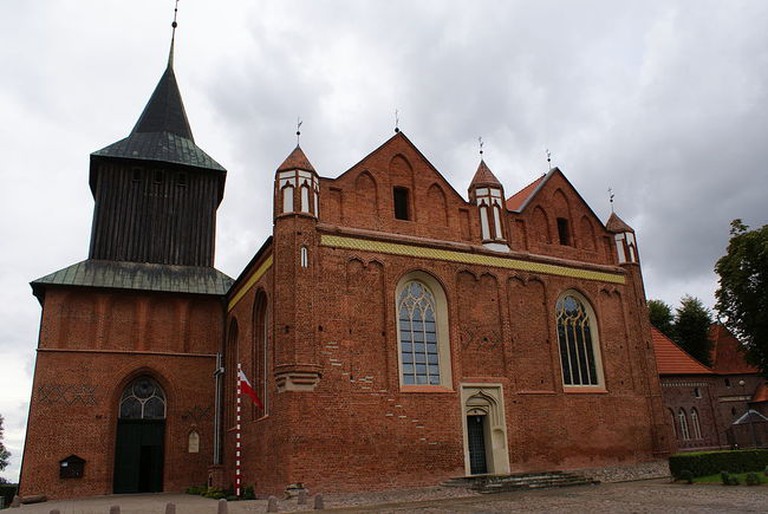 Roman Catholic Parish of St. John the Baptist | © StormChaser72 / WikiCommons
All large Polish towns (and even small villages) are graced with beautiful churches, and Malbork is no exception. While the town boasts many churches (including within the Castle itself), make an effort to visit the Church of St. John the Baptist (Kościół św. Jana Chrzciciela w Malborku). If you happen to be in Malbork while there is a Catholic Mass on, it’s a great experience to attend.
Open In Google Maps
22 Stare Miasto, Malbork, Pomorskie, 82-200, Poland
+48552733794
Visit Website
Give us feedback

Drink in a medieval tower at Pub Baszta

Before you leave Malbork behind, there’s time for one last farewell. Enter into the quirky Pub Baszta. This is a bar housed inside a 700-year-old medieval tower. The bar spans three floors and is cosy and compact. Good beers on tap, a lively atmosphere and the chance to watch live rock music in a medieval town are some things you won’t want to miss just before your train rolls out of town. 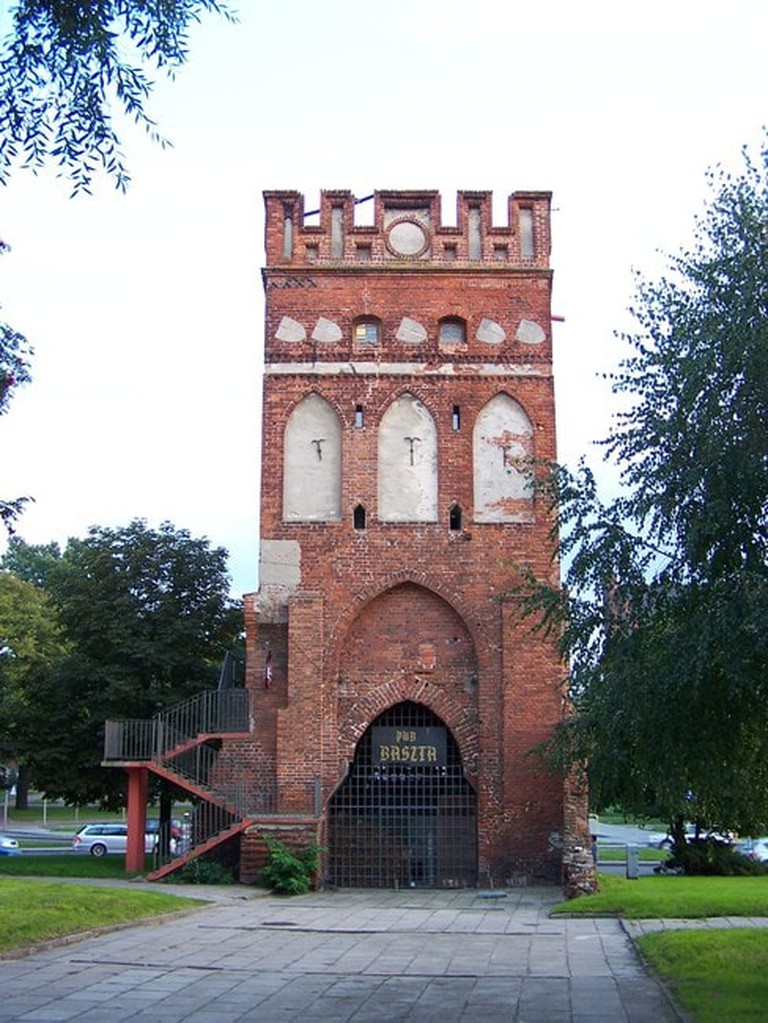