The Best Things to See and Do in Łeba, Poland 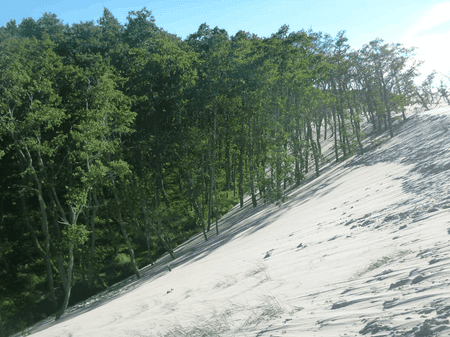 When you mention the Polish seaside town of Łeba (pronounced “way-bah” ) to tourists, most people immediately think of the beautiful beaches and the stunning Polish Baltic Coast. It’s an area which features sand dunes, beaches, lakes, a nature reserve and forests. However, away from the coastal and natural activities, Łeba has a lot more to offer for the tourist, and this concise list outlines the town’s selling points in a nutshell. 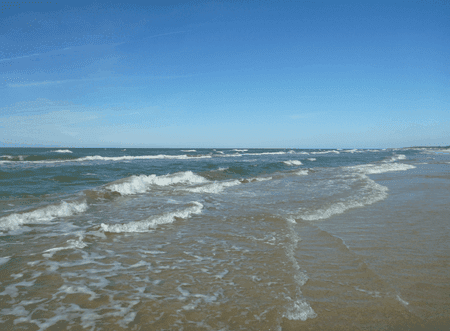 Get lost in the Labyrinth Park 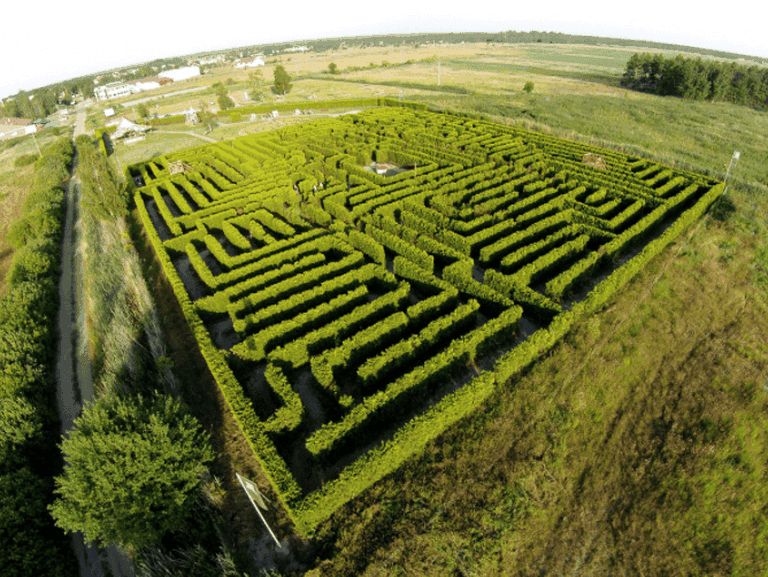 Labyrinth Park Leba
Are you ready to be a-maze-d? You can officially get lost at Łeba’s very own maze at the marvellous Łeba Labirynt Park. This park has fun and games for all the family, with its series of outdoor mazes, climbing frames and even outdoor snooker / pool.
Open In Google Maps
Wspólna, Łeba, Pomorskie, 84-360, Poland
+48531121697
Visit Website
Give us feedback

Łeba is home to a little Amber Museum, where you can get a feel for Poland’s Amber history. Here, you can also see how many incredible handcrafted gifts have been made from Polish amber including paintings, sculptures, jewellery and even board games. It’s on Nadmorska street not far from the sea front. 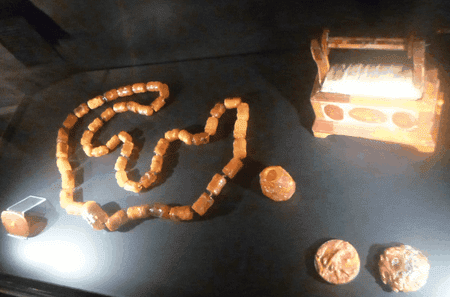 In summer months, Łeba is a hive of activity, even when it starts to get dark. Start in the trendy Skansen outdoor food and beer garden zone by trying the locally brewed beer, Łebski. Then head toward the seafront and onto the bustling Nadmorska Street for more good beers, wines, shots and top notch Polish seafood. 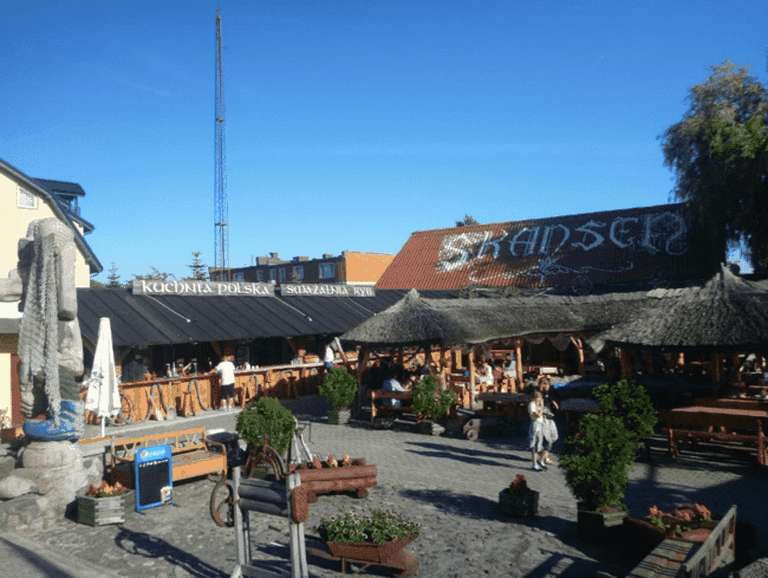 The main street in Łeba is Nadmorska Street, a pulsating hub during summer months. Eat as much good Lody (ice cream) as you want, try Belgian waffles, American-style burgers, Polish fish or Italian pizza. Browse the shops for souvenirs or beach items like buckets and spades, inflatables and snorkelling equipment. The street also has lots of hotels, bars and restaurants and is just a few minutes walk from the beach. 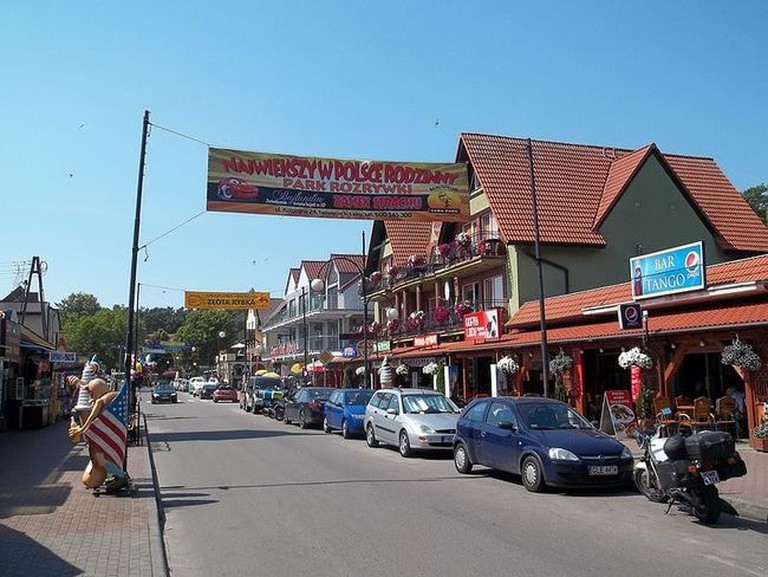 Go sailing on the Baltic Coast

Either go out with friends who are lucky enough to own a yacht or book a boat tour from the harbour in Łeba. This will take you out to the magnificent waters of the Baltic Sea, off the Polish Coast. On a hot sunny day, views are magnificent. You can do short cruises that last 1 – 2 hours; in summer months, there are more companies offering this, so head down to the port and check out your options! 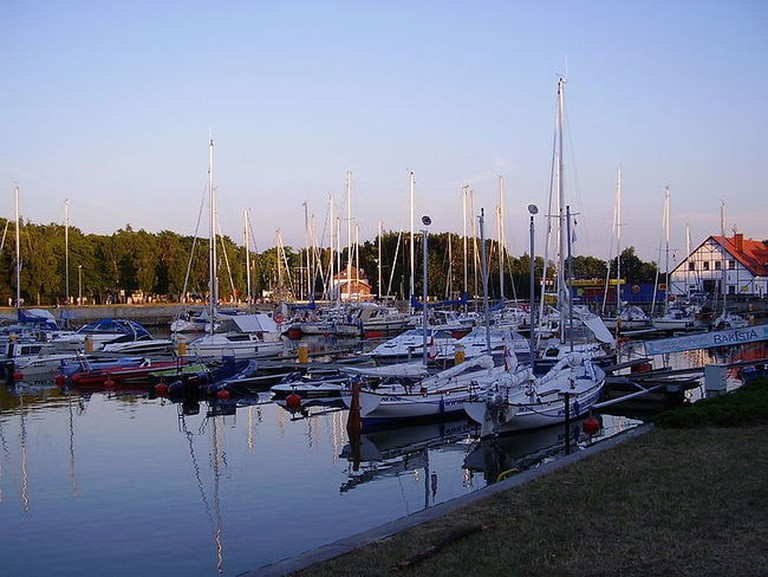 Eat pierogi in a typical Pierogarnia

Almost every tourist to Poland goes away raving about how good the pierogi (Polish dumplings, plural) are. Here in Łeba, it is advised to try some pierogi with fish in it since fishermen here catch some tasty Baltic sea ryby (Polish for fish). Wash it down with an ice cold beer and treat yourself to a soup for starters. There are many pierogi venues in Łeba, you can find them with the title Pierogarnia above the restaurant. 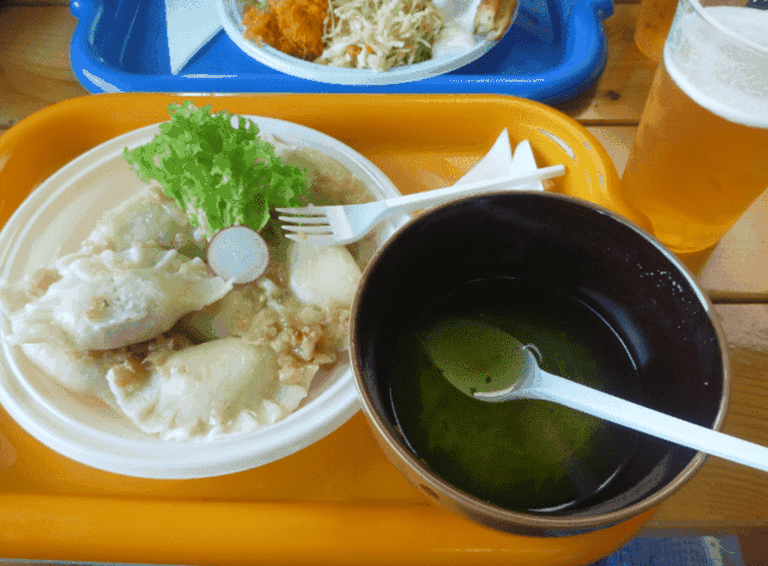 Walk along the moving sand dunes at Słowiński National Park 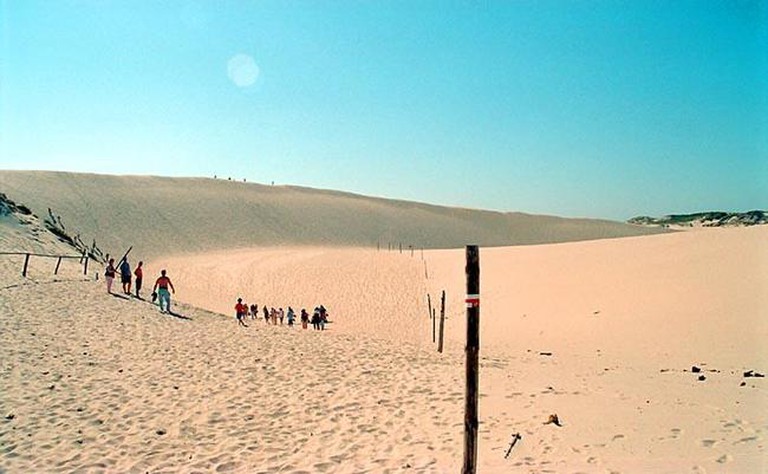 Amazing moving sand dunes | © Marek and Ewa Wojciechowscy / Trips over Poland
For many visitors to Łeba, a visit to the nearby Słowiński National Park is an unforgettable highlight. Be ready for not just one of Poland’s best National Parks, but a UNESCO listed biosphere reserve and an area of truly outstanding natural beauty. Gaze in awe as these sand dunes scale the Baltic Coast, moving, ever-changing from day to day, providing you with travel photos to boast about to your peers. Some Polish people even refer to the sand dunes at Słowiński as Poland’s “desert.”
Open In Google Maps
1A Bohaterów Warszawy, Smołdzino, Pomorskie, 76-214, Poland
+48598117204
Visit Website
Give us feedback

Cycle through the forest at Słowiński National Park

In 1977 UNESCO designated the entire Słowiński National Park as a biosphere reserve, and the wetlands were designated a Ramsar site in 1995. Combine your trip to the sand dunes with a cycling tour through the magical and dense forest where breathtaking views can be witnessed all around. On your cycle there are also viewpoints over the gorgeous lakes. It’s a treat for any nature lovers.
Open In Google Maps
1A Bohaterów Warszawy, Smołdzino, Pomorskie, 76-214, Poland
+48598117204
Visit Website
Give us feedback

Get close to sea lions at Sea Park Sarbsk

Amusement Park, Park
Facebook
Email
Twitter
Pinterest
Copy link
Share
Map View
The Sea Park Sarbsk is situated in nearby Wicko (only 3 kilometres from Łeba). At this park, you can come face to face with sea lions and learn all about the sea life in this part of Poland. Sea lions are the main attraction, but there are also some cool wooden boats in the complex which is a perfect half-day trip for families with young children.
Open In Google Maps
1 ul. Foki, Sarbsk, Pomorskie, 84-352, Poland
+48502206270
Visit Website
Give us feedback

So you’ve seen the sea lions, now let’s go back in time to the prehistoric era and visit a dinosaur park! On the edge of town, this family-friendly dinosaur theme park has scary life-size dinosaur models, a mini zoo and a children’s playground. It’s known as simply Łeba Park; check the website for opening times and special events. 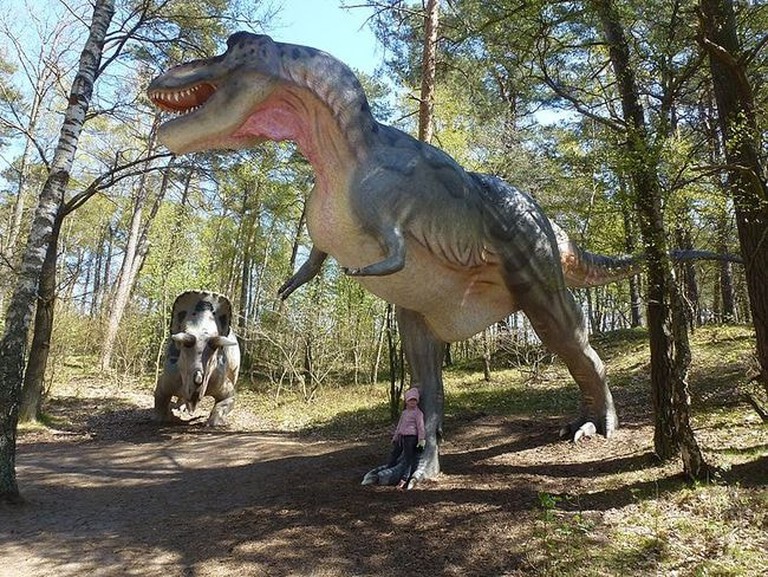 Another short trip from Łeba is to Stilo Lighthouse which will give you an idea of how important lighthouses have been down the years to prevent crashes on the Baltic Sea. The red, white and black lighthouse dates back to 1904 and is located in Osetnik (formerly Stilo, hence the name) about 20 kilometres away. 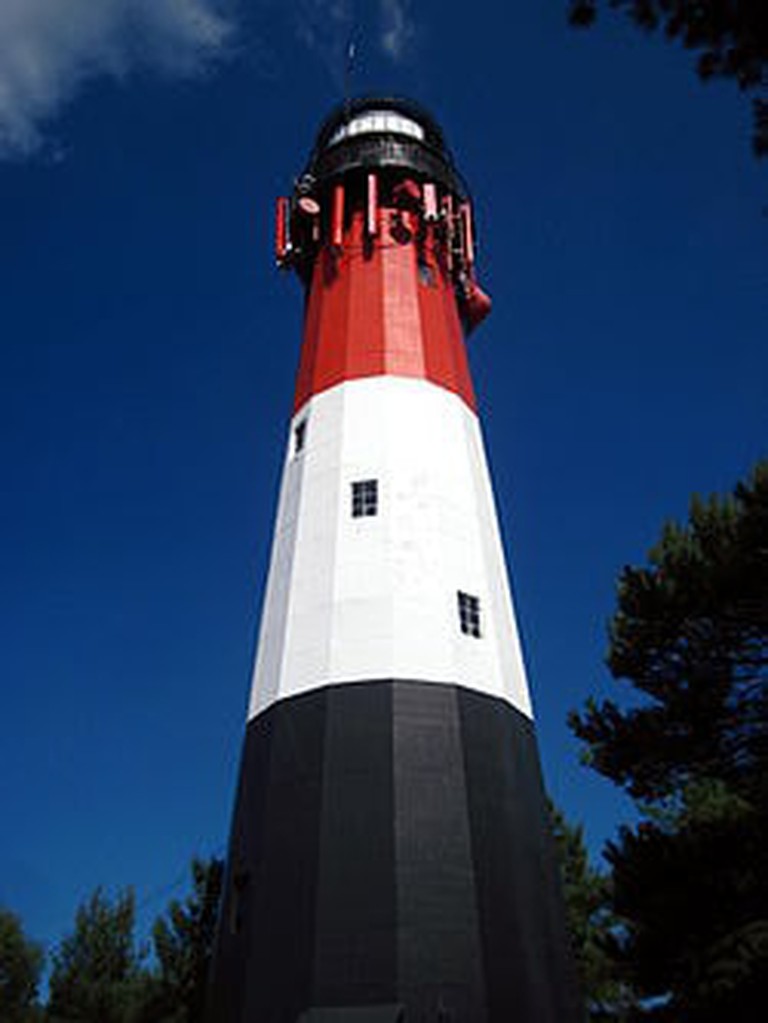