The Best Things to See and Do in Kościan, Poland 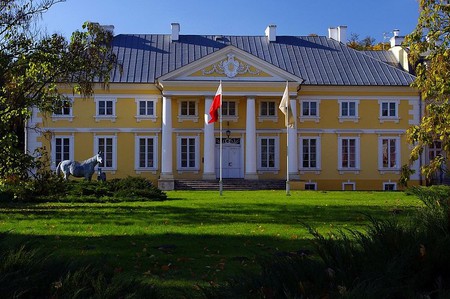 Kościan is a small Polish town in the Wielkopolska (Greater Poland) Province with a population of around 24,000. It is located only 40 kilometres from Poznań, the Province’s capital and main hub. Kościan offers the intrepid traveller an interesting side trip or day adventure away from Poznań, and is reachable easily by train or bus. Here are the pick of the city’s activities. 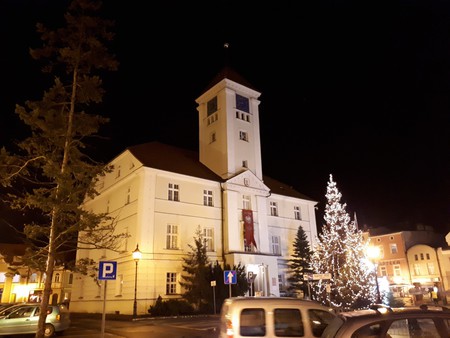 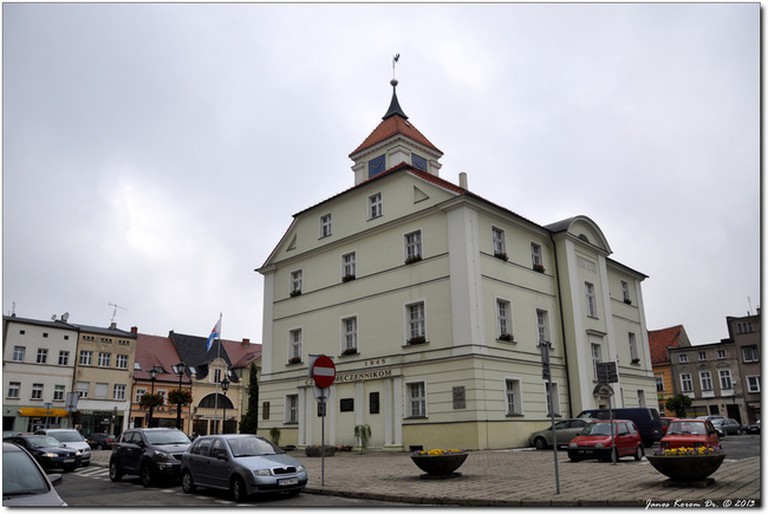 Kościan Museum | © János Korom Dr. / Flickr
To get a real insight into the regional history of Kościan and the area around it, look no further than the Regional Museum. Here you learn about Kościan’s early beginnings, how the Second World War affected the town and also how the town progressed through the years of communism and right up to its current day. The museum is conveniently housed inside the town hall.
Open In Google Maps
1 Rynek, Kościan, Wielkopolskie, 64-000, Poland
+48655122934
Visit Website
Give us feedback

Statues of Pope John Paul II are few and far between, at the Pope’s own request. Before his death, the iconic Polish Pope asked that statues in his honour should not be built, as that is wasted money that would be better spent on orphanages and charities. However Kościan has one such statue on Plac Niezłomnych (Steadfast Square) that is in a tranquil location with some flower beds surrounding it. 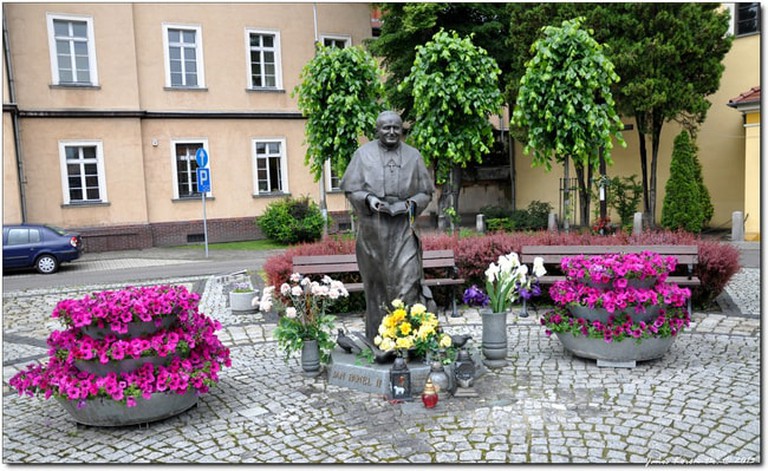 Drink hot beer in a basement

In winter months, the famous Polish tipple Grzaniec (also known as Grzane Piwo) is a hot beer with added spices that is readily available. For a treat in Kościan, head to the Basement Bar, known locally as Piwnica. Here you can enjoy your hot beer, eat Italian pizza and watch football in a cosy underground bar with no windows. 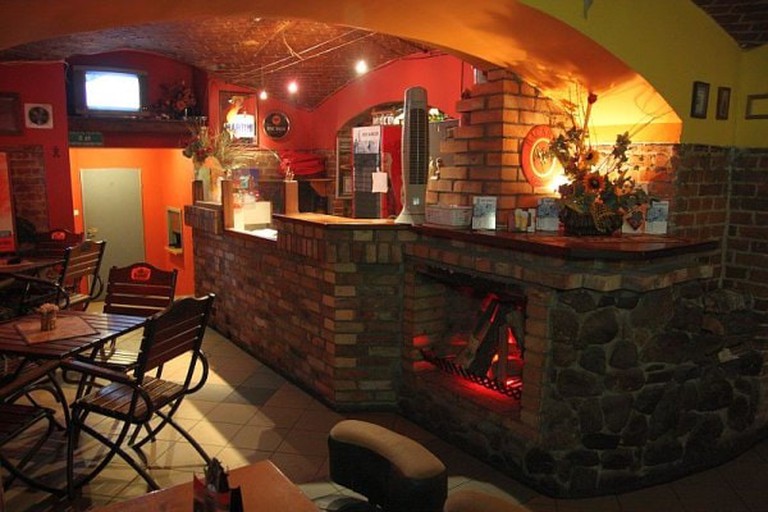 Like most Polish towns, Kościan has a pretty Old Town Square. Its centrepiece is the impressive own hall. It is a large white building sitting in the middle of the square. It has a clock tower and is four storeys tall. Also in the square are some cafes, bars and restaurants. There are tourist information boards that give further insight into the town’s history. 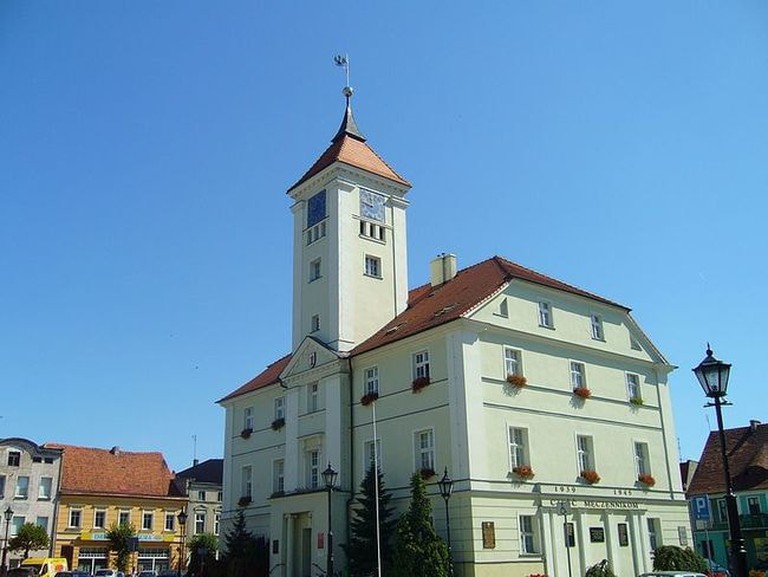 If you are lucky enough to be in Kościan during December, be ready for a real treat. The town plays host to a popular charity football tournament where stars from across Poland come to play in a day long affair in the name of charity. Organised by a local Kościan resident and keen football fan, Jan Budzynski, the tournament is held in the town’s leisure centre. Over 100 players take part in two competitions – one female and one male. There are prizes for the winners, but most of all, money is raised for charities year after year. Ex-Polish league players and current Polish female internationals take part as well as some surprise stars. 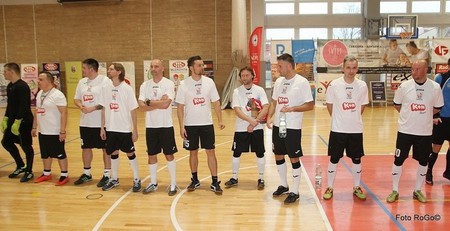 Visit the striking Church of Christ 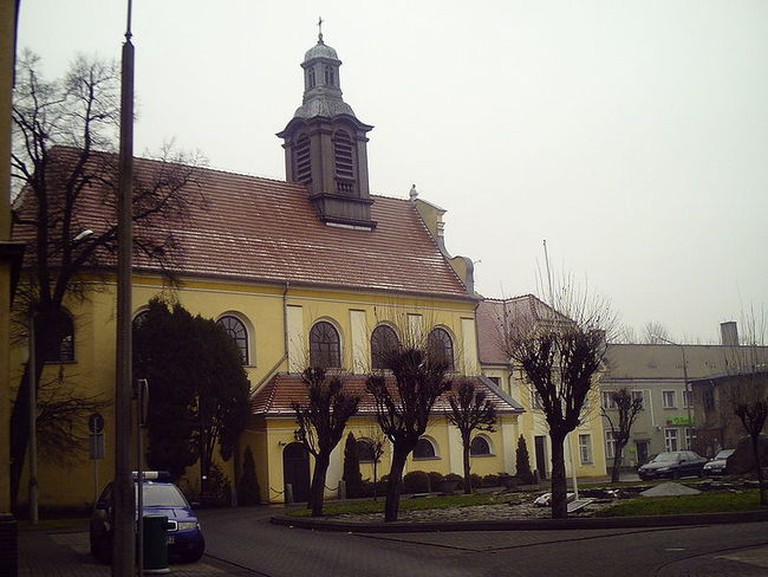 Kościan | © Albinoni / WikiCommons
Kościan has a number of churches, but the Church of Christ was built in 1666 and is perhaps the most striking of the town’s religious buildings. With its black tower and yellow painted walls, this is an historic and important church for the town. Check the noticeboards or the church’s website if you are interested in attending a Mass, to get an even better feeling of true Polish small town life.
Open In Google Maps
1 plac Niezłomnych, Kościan, Wielkopolskie, 64-000, Poland
+48655121122
Visit Website
Give us feedback

One of the highlights to your trip to Kościan will surely be the adventure to Jabłonowski Palace in Racot. This is a very unusual and interesting palace as it was designed by Domenico Merlini, the same architect who designed the famous Łazienki Palace in Warsaw. The palace is painted yellow and white and sits in an elaborate garden complex. 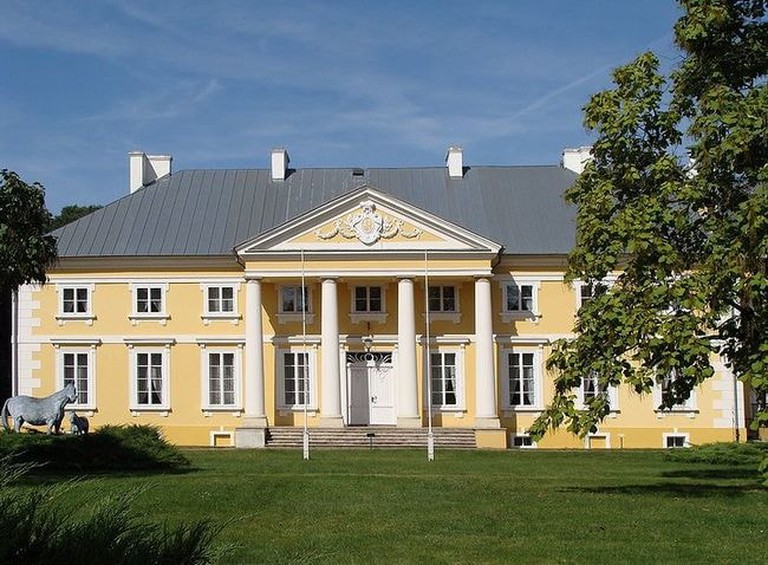 On first glance, Kościan doesn’t appear to be a particularly old town. However, after your visit to the museum, you will be keen to know where the remainders of the medieval walls can be found. There are some remains of the walls including a gate, at Wały Żegockiego. 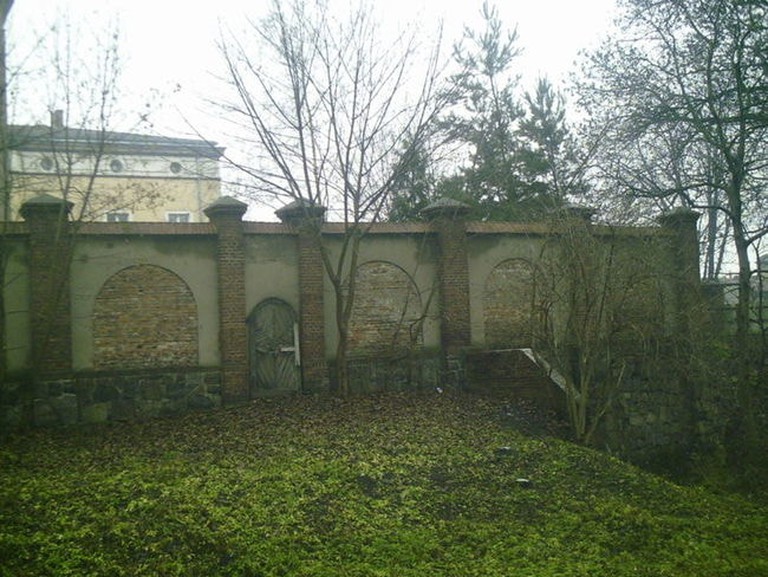 Cycle to Racot and Nowy Dębiec for rural village charm

There is a scenic cycling trail that leads from Kościan to the nearby rural villages of Racot and Nowy Dębiec. For a start, Racot is where the aforementioned Jabłonowski Palace is located. There is also a renowned horse farm in Racot and a leafy park. Continue along the cycling trail to Nowy Dębiec for a taste of rural magic. Here, there is a lake and a beach that gets busy on hot summer days despite the fact that the village only has around 150 residents. 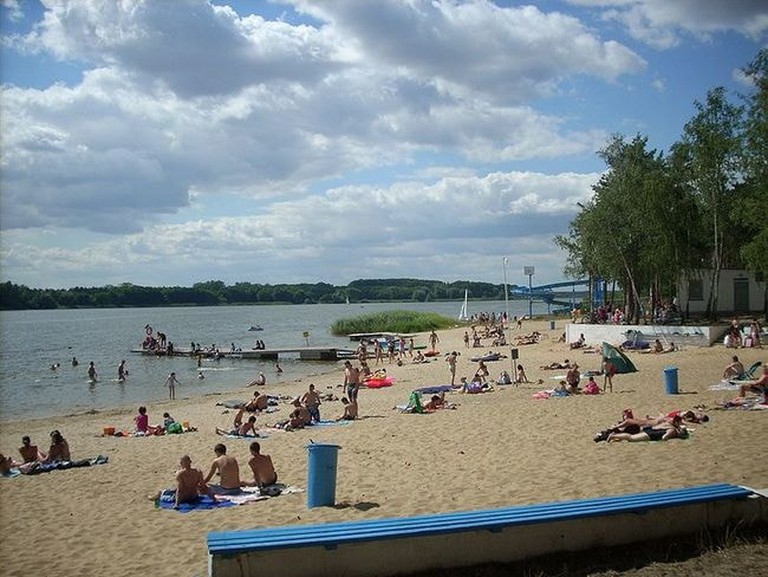