The Best Things to See and Do in Kętrzyn, Poland

Kętrzyn | © Ludwig Schneider / WikiCommons
The town of Kętrzyn is located in Poland’s stunning Lake District, in the Masuria Province. This tranquil town attracts tourists visiting Hitler’s World War II hideout nearby. However, try not to ignore the beauty of Kętrzyn on its own. As you’re about to discover, there is more to this town than its nearby lakes and war shelter history.
Kętrzyn © Northern Irishman in Poland

Kętrzyn Castle (Zamek w Kętrzynie in Polish) is one of the famous Polish castles built back in the days of the Teutonic Knights. It dates back to the 1300s, when the town was originally known as Rastembork. It is a small castle located in the centre of the town. These days it operates as a museum. 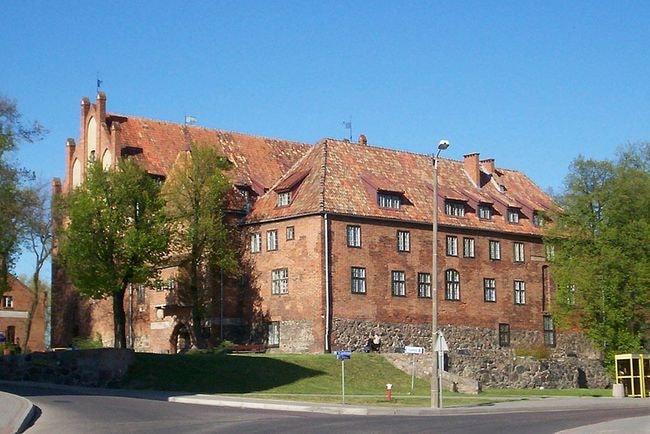 Forest, History Museum, Building
Wilczy Szaniec, Hitler's Lair | © Northern Irishman in Poland
While Wilczy Szaniec (Wolf’s Lair) is not actually in the town itself, almost every tourist in Kętrzyn will be here to see it. This is the notorious hideout where Adolf Hitler planned, lived and hid during World War II. For history buffs it’s an essential trip. The complex itself is in the hugely dense Gierłoż Forest. There is an entrance gate where you pay for a ticket, with guides available on request and for an additional fee. Look out for the grotesque remains of Bunker 13 – this is where Hitler lived and nearby is the bunker where he survived an attempted assassination in 1944.
More Info
Open In Google Maps
5 Gierłoż, Kętrzyn, 11-400, Poland
+48897410031
View menu
Visit website
Visit Facebook page
Send an Email
Give us feedback

Being situated in Poland’s Lake District is one of the charms of the town of Kętrzyn. Furthermore, you don’t even need to leave the town to see these lakes in their glory. Right in the centre of Kętrzyn is Jezioro Górne (Upper Lake), which is huge. There is a pleasant path that circles the perimeter of the lake as well as a leafy park. For bird watchers, there are all kind of species in and around the lake. 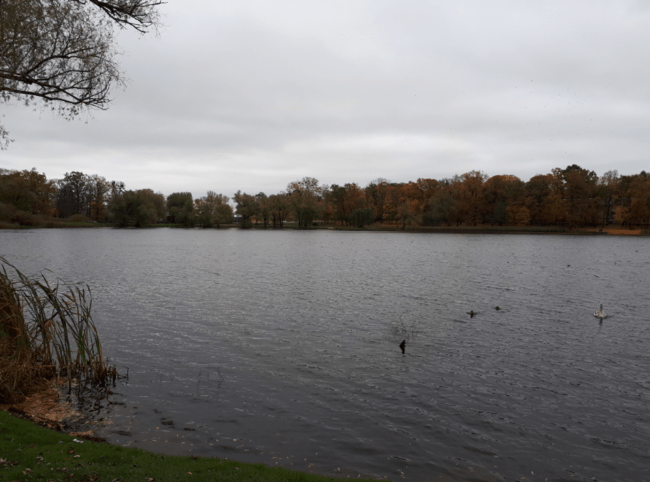 Polish towns always seem to have a football stadium, and Kętrzyn is no exception. The town’s main team KKS Granica Kętrzyn play in the Stadion Miejski. They play in green and white in the lower regional levels of Polish football.

You might be amazed when you learn about the town’s horse riding history. Here in Kętrzyn is Europe’s second longest horse stable, at 200 metres (656 feet) long and housing 162 stalls. There is a stud farm here which was built in 1877 and is used to look after pure-bred and draft horses. The popular horse riding club Klub Stado Kętrzyn offers horseback riding, carriage rides around town, horse riding courses, and tours of the stables. There are regular shows which are well attended.

Restaurant, Cafe, Polish
There is a unique building in the town centre which has a pretty garden in its forecourt. This is the Three Temple Gates Lodge, a Masonic Lodge built in the 1860s. It is a small building surrounded by four octagonal towers. The Germans invaded and took over the building during World War II. These days however, it hosts the seat of the Arno Holz Association for a special Polish and German Agreement. It is open to the public – inside the building there is a library and a nice cafe – Cafe Loża.
Looks like it's closed Hours or services may be impacted due to Covid-19
More Info
Open In Google Maps
1 Adama Mickiewicza, Kętrzyn, warmińsko-mazurskie, 11-409, Poland
View menu
Visit website
Visit Facebook page
Send an Email
Give us feedback

Attend a concert at the ampitheatre

Down by the lake, there is an impressive ampitheatre which was built as recently as 2010, but has been built to resemble a Roman-style ampitheatre. In summer months, look out for regular events such as live music, theatre and all kinds of art performances. There is a handy bar and restaurant beside it and the setting couldn’t be sweeter on a summer night – the gorgeous Lake Górne sits in behind. Recommended performances are Kętrzyn’s Evening Cabaret and the Brass Band Parade. In winter the amphitheatre is converted into an ice rink. 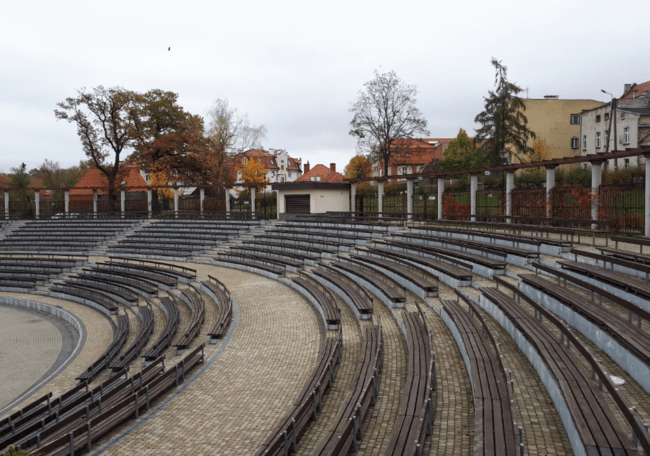 Kętrzyn is blessed with a number of churches, all displaying a variety of architecture. Firstly, St. Catherine’s Church is on the main street through the town and was built in the Neo-Gothic style. The church suffered some damage down the years but had renovation work to restore it to its former glory in 1956. Check the noticeboards for mass times.

The second notable Catholic church is the larger one near the Castle – St. George’s Church. Again, masses are held regularly and the notice board will give the times. This is a red brick church built within where the old city walls once were.

As well as the two Catholic churches here, there is a beautiful white and brown coloured Eastern Orthodox church. It sits on a prominent corner on the walk from the train station to the town centre. On top of this, Kętrzyn is also home to a Protestant church, demonstrating the religious diversity of the region. 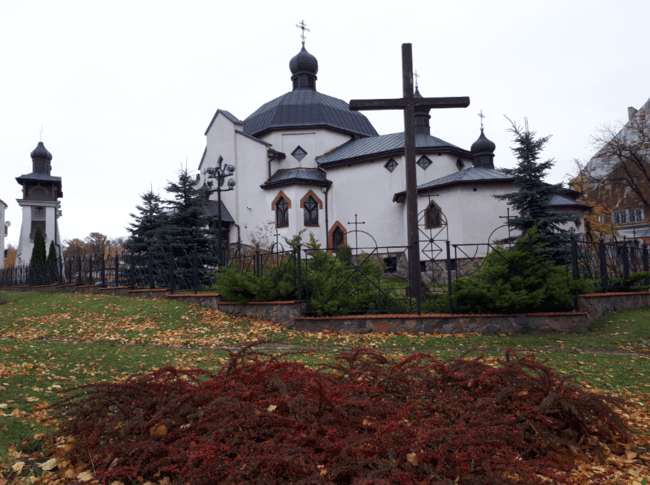