EUROPE
/
POLAND
/
GDYNIA
/
Things to Do

The Best Things to See and Do in Gdynia 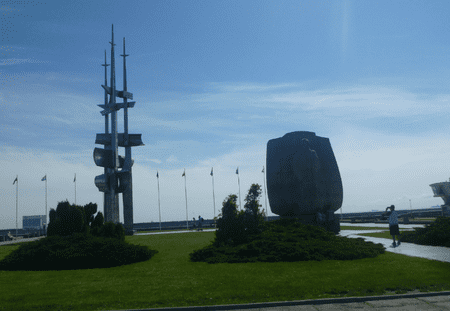 Poland’s seaside resort of Gdynia is an underappreciated gem of a city and comes highly recommended by locals. Gdynia is part of Poland’s famous “Tri-city” (along with Sopot and Gdańsk) and many first-time tourists to Sopot or Gdańsk also spend at least a day in Gdynia. Gdynia is on the map these days for a few reasons. There is the ferry service to Sweden, served by Stena Line, the yearly boat festival (July to August) and, more surprisingly, the local football team’s (Arka Gdynia) rise from obscurity to be the only Polish club to lift two senior trophies in 2017. When touring this special city, here are the best things to see and do.

Enjoy the view from Kamienna Góra

Gdynia’s iconic sight is the impressive Kamienna Góra. This translates as “stone mountain” and is situated on a hill in the heart of the city. To get to the top, you can walk up the steps or get the train. At the top of Kamienna Góra, there is a leafy park with flowers and trees, a large cross sculpture, a restaurant and the best views of the city. It’s a perfect place to watch the sunrise or the sunset. 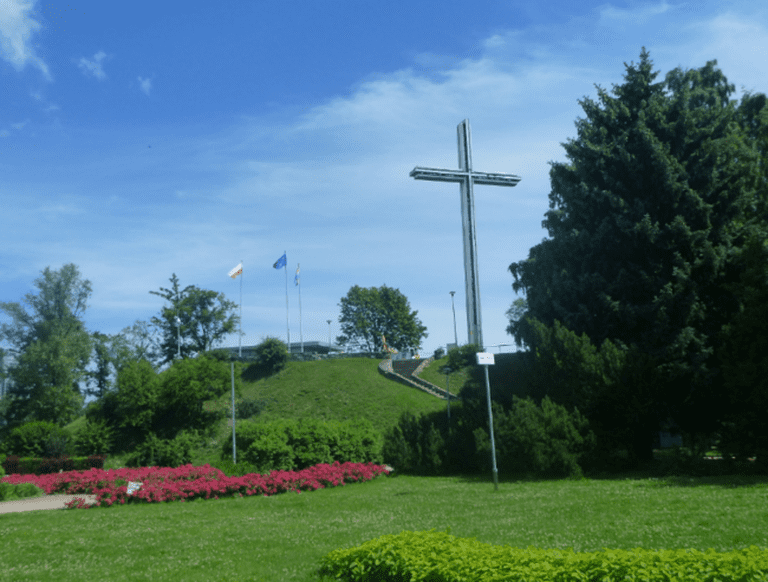 Gdynia’s seafront is one of the prettiest in Poland. In summer, the resort attracts huge crowds to the peaceful and pleasant promenade. You can start your walk from the foot of Kamienna Góra, past the fountains and along the seafront to the iconic maritime monument.

There are not many Polish cities that can boast a beach right in the city centre, which is why you should take advantage of Gdynia’s tightly designed street layout, meaning most hotels are less than a 10-minute walk from the beach.

Eat seafood on a boat

Gdynia is famous for its seafood and in summer months, the restaurants by the seafront are full of tourists and locals sampling the delights. Gdynia is also the boating capital of Poland, so put those two entities together and you’ve got a great location for seafood. Head onto one of Gdynia’s famous boat restaurants for a freshly caught meal and the locally recommended side-dish of vodka!

A post shared by Piotr Gładczak (@wroclawskiepodrozekulinarne) on Aug 7, 2017 at 8:15am PDT

Poland has been twice Olympic Champions and twice third place finishers in the FIFA World Cup. While Arka Gdynia have supplied a few players to the national team in the past, it is their recent success and movement up the divisions that has made them more well-known. In 2017, Arka Gdynia won two trophies and qualified for the Europa League for the first time. Their stadium has a capacity of 15,000 and if you visit, be sure to wear blue and yellow (sky/sea and beach colours) in support, as local rivals Lechia Gdansk play in green and white and those derby matches can get tense.

Museum, Aquarium
Facebook
Email
Twitter
Pinterest
Copy link
Share
Map View
As Poland’s gateway to Sweden and major seaport, it will come as no surprise that Gdynia Aquarium is one of the best aquariums on the entire Baltic Coast. It’s a feast for your eyes with all sorts of sea creatures you could only usually spot when you go deep-sea diving.

While Gdynia is a proud Polish city, there are many people in this region who speak Kashubian and class themselves as Kashubian. At first, this can seem difficult to believe in such a democracy and land of clear borders, but delve deeper and you’ll see just what makes the Kashubians different. In Gdynia, you’ll find Kashubian restaurants, festivals and their very own square with the statue of Kashubian activist Anthony Abraham. You can also learn more about this culture in the Gdynia City Museum. 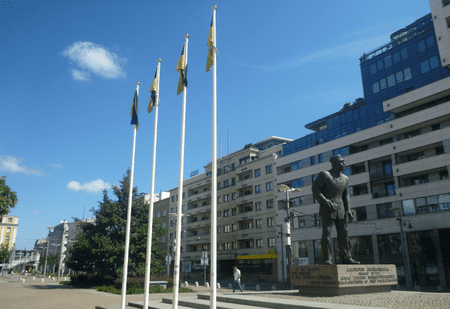 Poland was invaded during World War II by Germany, and that war is believed to have started at Westerplatte. Just after this, was the infamous Battle of Gdynia in September 1939. To learn all about Gdynia’s war history, you can either head to Gdynia City Museum or the Ship Museum by the harbour which is housed, predictably on a former Polish Warship, the ORP Błyskawica.

Gdynia is home to the largest indoor trampoline arena in Poland, Jumpcity. It’s a huge complex featuring over 140 trampolines with a range of fun activities for all. This includes dodgeball, a sponge pool and a basketball arena, all to be enjoyed while jumping on trampolines.

Poland is a hub for popular festivals and events. Cities such as Krakow and Warsaw tend to get all the acclaim having recently hosted the Red Hot Chili Peppers and Coldplay, but head to Gdynia for the Open’er Festival in early July every year for a spectacular music event by the coast.