The Best Things to See and Do in Elbląg, Poland 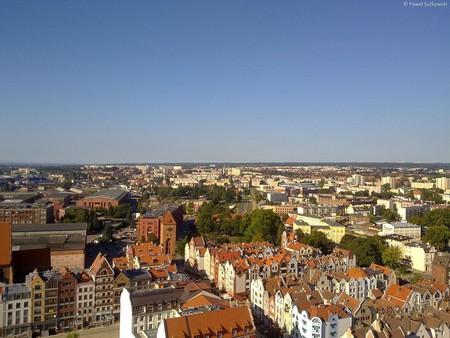 Elbląg is a city in Poland’s beautiful Masuria region, a region famous for its lakes and gorgeous landscapes. Elbląg might be surrounded by countryside, but within it, there is a city vibe in a location halfway between the cities of Ostroda and Gdańsk. Work your way through these sights of this less touristic city.

Elbląg’s pretty canals are one of the city’s most pleasant sights. If you just want to see the canals and admire them, you can stroll alongside the River Elbląg and down to where the Canal Miejski meets the river. The canal also connects Lakes Drużno and Jeziorak with the Drwęca River. There are a few local companies that organise canal cruises. 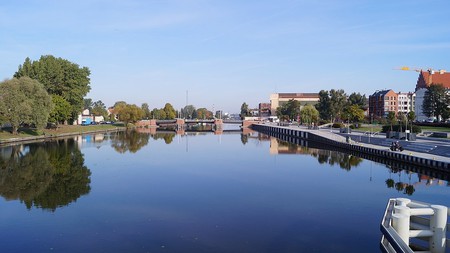 Elbląg is one of the closest big towns to Stutthof, which is a mere 30 minute bus trip away. Stutthof was a German Nazi concentration camp where thousands of Poles and Jews were tortured and worked to death during the Second World War. It is a large site that contains museums, memorials and intact buildings from the death camp. Stutthof was the first camp outside German borders. It was in operation from September 2, 1939 until 1945. Stutthof was the last camp liberated, when it was freed by the Russians and Belarusians on May 9, 1945. More than 85,000 victims died here at Stutthof out of as many as 110,000 inmates deported, although some were exterminated on arrival without record so numbers are probably higher than that. 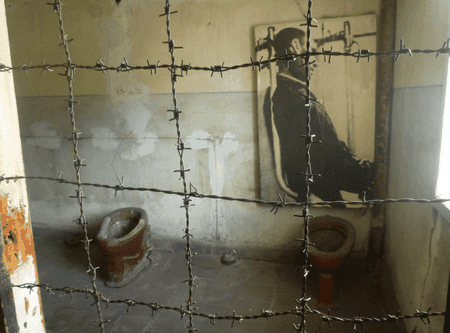 Elbląg’s main Cathedral started off as a Protestant church in the 1500s. But since 1612, it has been a Catholic church. St. Nicholas Cathedral was damaged by fire in the late 18th century, and badly destroyed during World War Two. It 1992, it was reconstructed and remains in good condition today. Check the noticeboard for Mass times, or simply visit when there is no Mass on. The doors are open during the daytime. 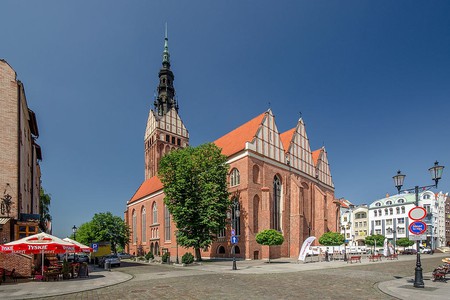 The main gate in Elbląg was erected in 1319 and is one of the most famous buildings in the town. Known as Brama Targowa, it has been rebuilt in recent years after being destroyed a few times in its history, including during World War II. It sits at the end of the Stary Rynek and is instantly noticeable by the fact it is the tallest building on the street and it sits alone. It has a clock on it and some tourist information boards. 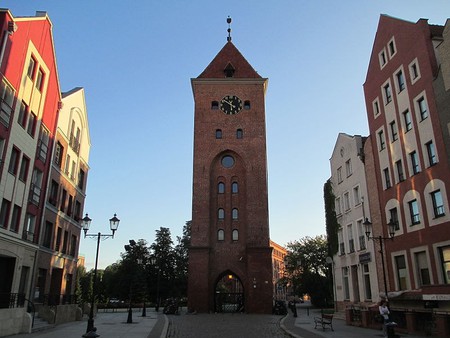 Do a pub crawl in the Old Town

Elbląg has plenty of pubs and ample opportunities to try the local beers, including the famous EB. The best place for this is in the Old Town. Start in the Elbląg Stary Rynek (Old Market Square) at Jager House bar and work your way through some of the city’s coolest drinking venues including Sport Pub and Klubokawiarnia PUSH. Specjal Pub is a good drinking den option down by the river, and it stays open until 3am at weekends. 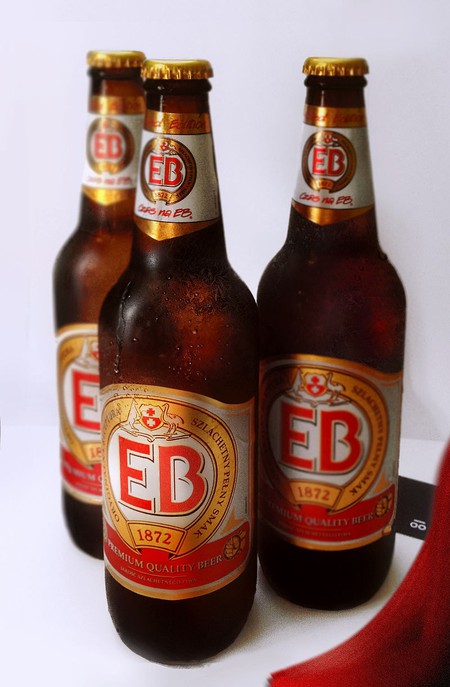 Elbląg’s Old Town has been compared to Gdańsk, Copenhagen and Amsterdam and it is not just because of the canals and the fact that it is near the sea. Stroll through the streets of the Old Town in and around the Stary Rynek (Old Market) and gaze up at the top of these tenement buildings. Each of them has a different style and colour, and many have an intriguing history. A local guide can explain to you some of the significant parts of these buildings, and you will also see some information boards on your walk through the town. 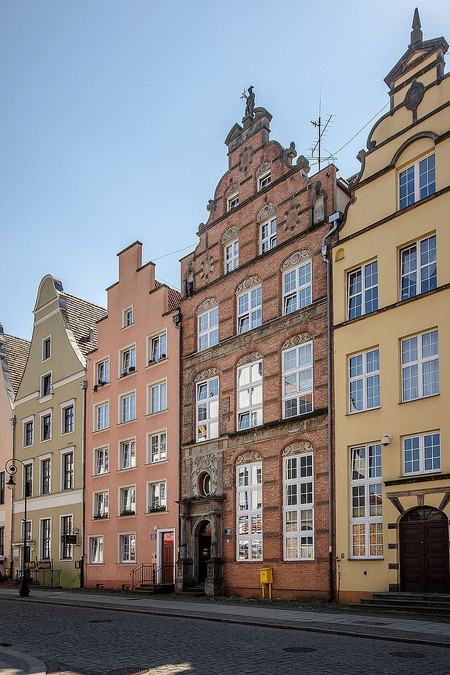 Tour the Museum of Archeology and History

Down by the riverside sits Elbląg’s most popular museum, which is dedicated to archeology and history. The Museum of Archeology and History really explains the city’s history in great detail. The museum takes you on a journey through the Hanseatic times, the days when the Teutonic Knights ruled to the Kingdom of Poland and the subsequent Prussian Kingdom. To bring everything up to the present day, there are also rooms documenting the times when Germany ruled the city, the Second World War history when the Nazi Germans controlled, and the Communist times during the PRL days of Poland. 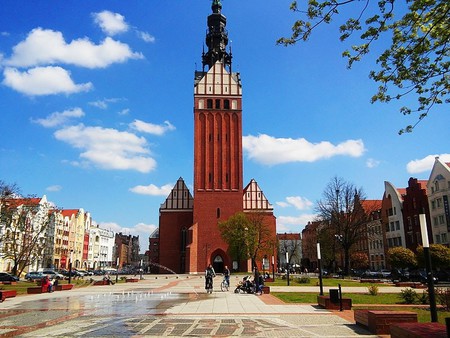 Stop for a coffee and ice cream on Holy Ghost Street

The spookily titled Holy Ghost Street (Ulica Świętego Ducha) is another fine street in the city centre with rich architecture. On Holy Ghost street you can see some example of pre-war German-style social housing blocks. The buildings have since been rebuilt, and indeed many of them now feature a modern bar, restaurant or café. Stop at Anielska Chata for a frothy coffee and some delicious ice cream. 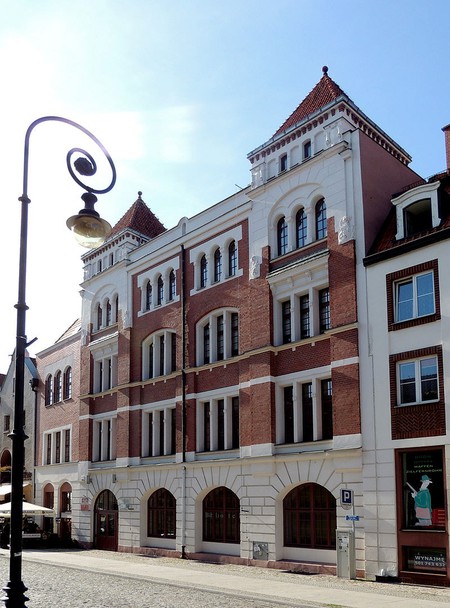 Get a tour of Poland’s largest brewery

The Elbląg Brewery is Poland’s largest brewery and belongs to the Żywiec Group. Brewing in this city dates back to 1309. The building sits near the river and appropriately is on ‘Brewery Street’. Their trademark ‘EB’ beer has been a popular brand since 1993 and is marketed toward young beer drinkers. Check the website (in Polish only) for booking a tour. 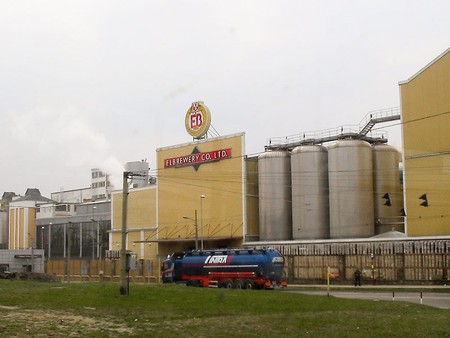