The Best Things to See and Do in Bydgoszcz, Poland 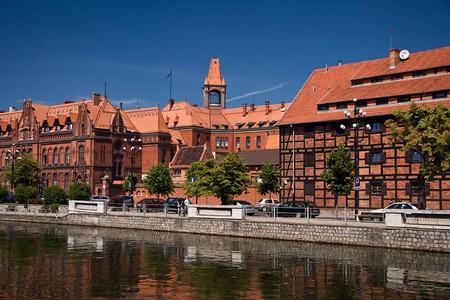 Bydgoszcz (pronounced in English as ‘Beed-Goshed’) often earns the moniker ‘the Venice of Poland’ due to its pretty canals and the fact that the city centre is surrounded by water and unique architecture. However, with less tourists, cheaper prices, quirky bars, diverse hotels and more tranquil streets, this is a lot less pricey than its Italian counterpart; in fact, perhaps Italy’s Venice should be calling itself the ‘Expensive Bydgoszcz of Italy’. Here are eight of the best things to see and do in Bydgoszcz, Poland. 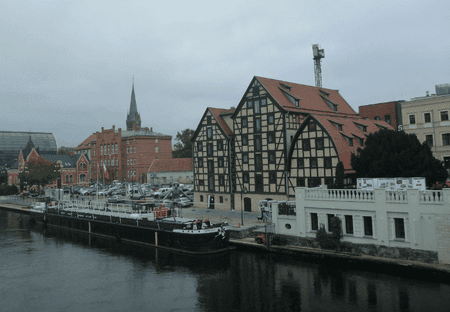 The Best Things to See and Do in Bydgoszcz, Poland | © Northern Irishman in Poland

Cruise on the canals of the Brda River

You wouldn’t want to come to Poland’s Venice and miss out on a canal cruise on the classic ‘Bydgoszcz Water Tram’. So head down to the famous Brda River, near Barka Lemara or Rybi Rynek, and embark on a canal cruise. The Bydgoszcz Water Tram is, at its simplest, another method of the city’s public transportation; however, it is also a major tourist attraction. A trip on one of these water trams can take you in one of three directions: toward Brdyujście, The Tesco or Astoria. 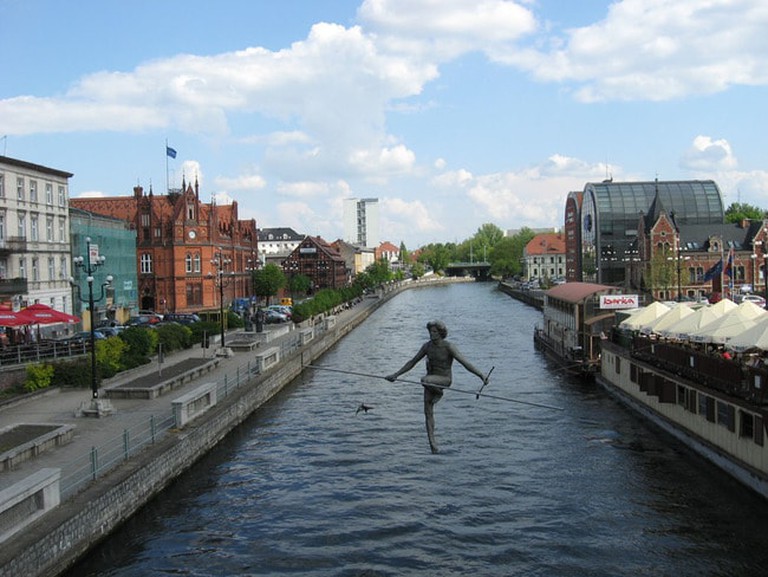 Admire the decor of the city’s PRL themed bars

With three or four affordable bars by the city’s main square, Bydgoszcz is a great city to enjoy a drink. Some of these options are a throwback to Communist times with the popular PRL Pub and Ministerstwo Śledzia i Wódki (Ministry of Herring and Vodka). Both venues offer views of the main square, as well as cheap drinks and food. But inside, they have quirky interior designs that are worth a visit. Memorabilia from the times when the country was known as PRL (Polska Rzeczpospolita Ludowa) survive here as well, encapsulating the essence of the Soviet era. 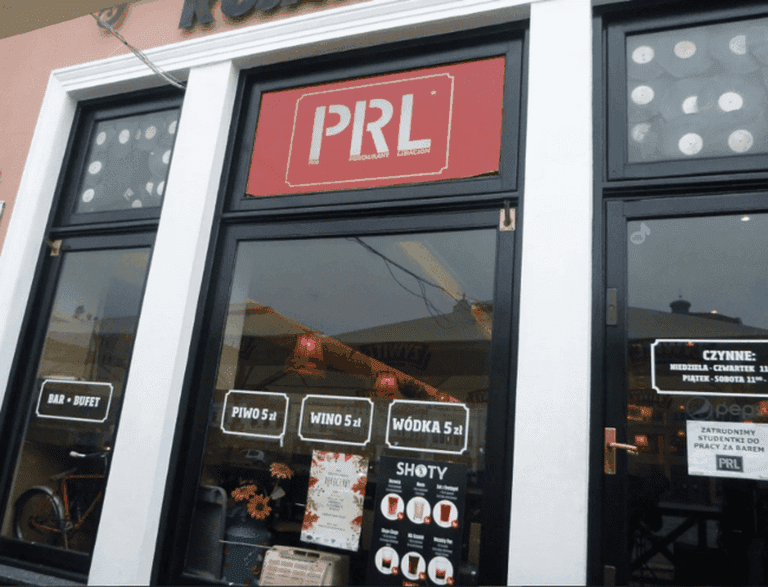 One sight that continues to be the most visited and photographed in Bydgoszcz is the ‘tightrope walker’, also known as the ‘man crossing the river’ (Przechodzący przez rzekę). See if you can spot him. The tightrope walker is a sculpture of a naked man holding a pole and two arrows while balancing on a wire, which stretches across the Brda River by the city centre. The sculpture was created by Jerzy Kędziora and was unveiled on May 1, 2004, the famous day when Poland joined the European Union. The sculpture is designed so that its centre of gravity is below the wire, which gives it its balance. It is one of the city’s iconic points of interest.

The Exploseum is truly a different museum, as it offers a horrid reminder of the German Nazi invasion and the Third Reich. It is housed outside the city in seemingly forgotten historic buildings and has an eerie atmosphere. In short, it was a huge military storage zone for the Nazis and their ammunition. The ruins and tunnels are very well preserved and also not overcrowded or too touristy. The information is all in Polish, but you can arrange for an English-speaking guide.

Right in the city centre of Bydgoszcz is an island called Wyspa Młynska. Most of the buildings located on the island are from the nineteenth century. The area has been redeveloped today with footbridges, mills-turned-museums, and striking red-brick buildings. Plus there is a relaxing, grassy, green spatial park area, which creates an atmosphere of tranquility on Bydgoszcz’s river island. There is also an excellent hotel, bar and cafe on the island called Hotel Przystan.

Tour the world’s only ‘soap and dirt museum’

Become the cleanest tourist in the city by touring the world’s only Soap and Dirt Museum. The museum is located very close to the main square, Stary Rynek, which makes it an easy place to visit. When you walk in, it smells sweet and offers an interactive time travel experience through the history of dirt and cleanliness, as well as soap making, which has interesting ties to Bydgoszcz.

Bydgoszcz has a gem of a factory for any tourists with a sweet tooth; this is sure to satisfy any sugary temptations. Indulge in a tour and tasting session at the Karmelowa Kraina Sweet Factory. Here they produce handmade lollipops, sweets and other treats made of caramel or chocolate. Karmelowa Kraina organises candy-making demonstrations and offers lessons, where you can make your very own lollipop. You can get a lesson in English too, but you will have to book it in advance. If you want to take a few treats for the road, there is a delightful shop that sells the full range of sweets and chocolates.

Bydgoszcz had the honour of hosting the Under 21 European Football Championships in 2017 at the stunning Zawisza Zdzisław Krzyszkowiak Stadium. Portugal beat Serbia here, and the stadium also hosted the Serbia v. FYR Macedonia and Serbia v. Spain matches. The stadium is on the edge of the city and has a seating capacity of 20, 247. The local team, Zawisza Bydgoszcz, play their home matches here and are currently playing in the lower leagues of the Polish football spectrum, despite once qualifying for the Europa League. 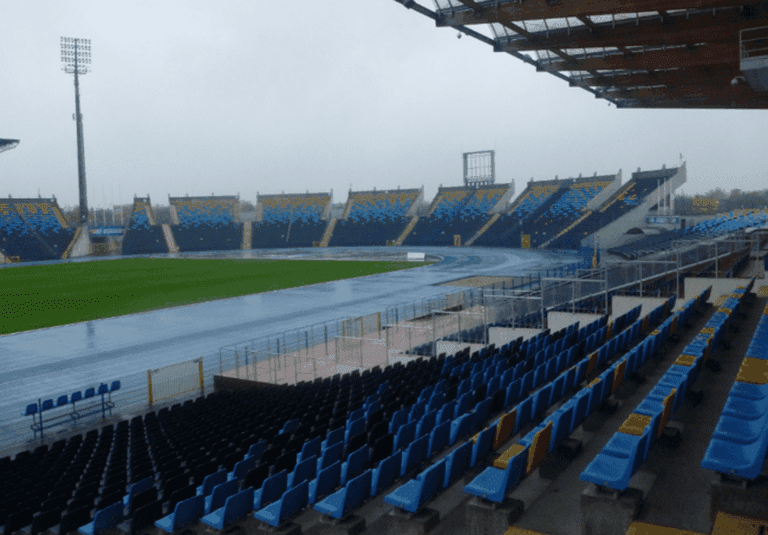